How much do you pay? An antiquated law exempts heavy class vehicles, buses and taxis from paying the full weight of the Marchamo 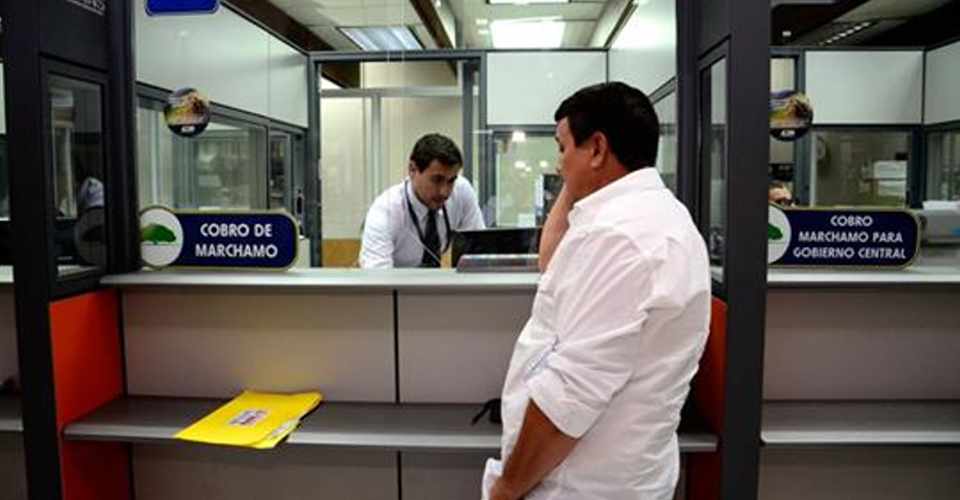 Rico’s TICO BULL – This may come as a shock to some of you, but not to us who have been in Costa Rica for the long-term and have seen it all. Nothing much can surprise us anymore.

It’s Marchamo time. A bit late this year, 23 days late in fact, after the debacle between the INS, the state insurer that provides the mandatory insurance coverage or SOA of the Marchamo and collects the property tax on behalf of the Ministry of Finance, a part for the Cosevi, municipalities and some piddly stamps that, well, that is what stamps are for, collecting.

The debacle that caused the delay and kept in suspense more than 2.3 million vehicle owners was that the INS wanted to keep the 2019 Marchamo insurance portion the same as last year, but the insurance superintendency, the Sugese, would have none of it. The INS finally caved in, insurance rates were increased and everyone was happy. Well, everyone on the other side from you and I that are obliged to pay.

The major part of the Marchamo, 70% fo the total, is for the property tax on the vehicle based on the ‘fiscal value’ of the vehicle.

Each year the taxman publishes a list of fiscal values used to calculate the Marchamo.

Each year vehicle owners of late model vehicles have to pay hundreds of thousands of colones, some over million or two, in property tax to obtain the coming year’s circulation permit.

But the foregoing is not for everyone.

Here in Costa Rica when we refer to a person or a thing being a “caso especial” we are saying he/she/it is a mental case.

And rightly so, the “caso especiales” exemption is a “locura” or craziness.

What qualifies as a “caso especiales” you ask? The simple answer is vehicles destined for the paid transport of people and cargo. That includes big trucks, taxis, and buses.

Law No. 7088 – tax on the ownership of motor vehicles, ships and aircraft – is a law enacted almost 31 years ago, that establishes that for this type of vehicles that includes, the property tax is set at ¢8 thousand colones (US$13 dollars at today’s exchange rate), and since then, it has not been modified; as explained by the interim Director of Administrative and Tax Evaluations, Felipe Jiménez.

This is real. No joke. Not fake news.

Folks, this is not an isolated case.

See it for yourself. Go to INS Marchamo portal, check on “Carga Pesada” and type in a number. If you come across one that has multiple years owing, divide the amount by the years and you will be surprised.

Me, I have a Caddy limo with six years of unpaid Marchamo, the car is on blocks, no longer in use, and I owe ¢927,198 colones as of today. It goes up some colones every day – the interest and late penalties.

PS, I am not picking on the Hernan Solis company, they are complying with the law. But, I say, how can a government so hard up on cash catch this loophole? It could represent billions of colones in badly needed new revenue.

QCOSTARICA - The increase in fuel prices could lead bus companies to...
Read more