On the contrary, MEP avoided deductions to workers 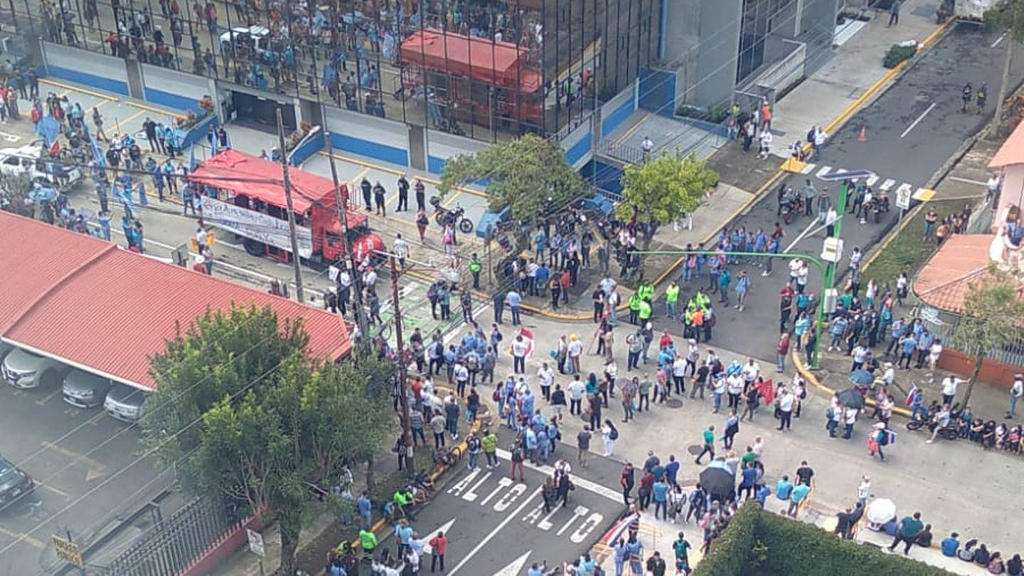 QCOSTARICA – The Caja Costarricense de Seguro Social (CCSS) applied for the first time the new law on strikes, in force since January 2020, with the reduction of ¢29.3 million to 1,152 workers who participated in three strikes during 2021.

Some officials received reductions of up to ¢142,000 for a single day not worked.

According to CCSS reports, the three strikes caused the suspension of more than 70 surgeries, paralyzed operating rooms, laundry services, nutrition, cleaning and laboratories. For example, on July 14, workers from the Laboratory of Parenteral Solutions stopped the production of the serum necessary for the vaccination of people against covid-19.

It is the first time that the institution applies salary deductions to strikers under the Ley Para Brindar Seguridad Jurídica Sobre la Huelga y sus Procedimientos – Law to Provide Legal Security on the Strike and its Procedures.

This regulation prohibits strikes in essential public services and orders immediate management of the salary reduction for hours not worked. Before that reform, in order to carry out reductions, employers had to go through long judicial processes to obtain the declaration of illegality of the movement.

Contrary to the actions of the CCSS, the Ministry of Public Education (MEP) did not carry out salary reductions for its striking workers. The MEP had stated, the previous year, that in the first fortnight of June it would reduce the salaries of more than 1,600 educators who joined the protests in May, but in the end, it froze the measure.

In 2018, teachers brought the school year to a standstill by staging a four-month strike against tax reform. On that occasion, several teachers even managed to go on a trip taking advantage of the strike.

Read more On Strike or Vacation? 556 Teachers Supposedly On Strike Left The Country On Self-Given Vacation

That, could be said, was the fuel that stoked legislators to pass the law.

Carlos Ricardo Benavides, legislator of the Partido Liberacion Nacional (PLN), one of the promoters of this reform, expressed his content on the application of the new law by the CCSS.

“I am very happy that this law is beginning to give results and especially that an institution as relevant to this country as the Caja is beginning to apply it precisely. It is one of the emblematic entities and the vast majority of its officials cannot go on strike because they are essential services. Hospitals and other services are services on which people’s lives and health depend. For this reason, the strike cannot be accepted and that is how it was established in the legislation, in accordance with the parameters of the International Labor Organization,” declared the legislator.

QCOSTARICA - Although the growth trend of diagnoses by...
Politics