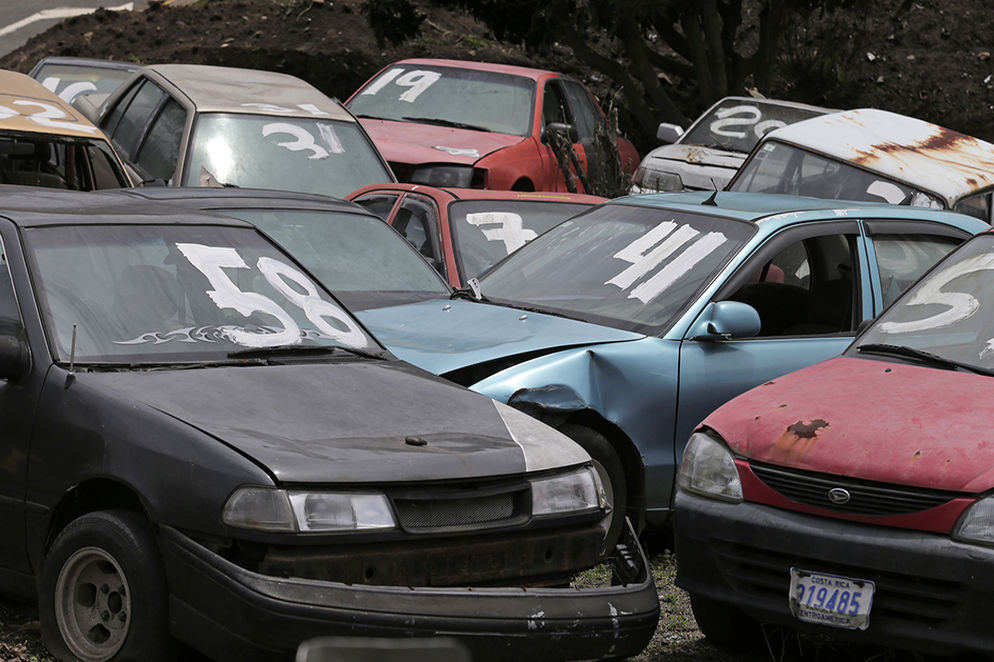 German Valverde, head of the Cosevi, says the agency has had to rent additional space since its own impound lots cannot handle the large number of vehicles, an estimated 31,000, mostly junk, who have an owner, and cannot be disposed easily.

“We have several impound lots. The cost not only includes the physical space to hold them, but constant monitoring, that includes the contracting of private security firms,” said the Cosevi boss.

According to Valverde there is a “huge” interest in getting rid of these vehicles, but the Ley de Transito (Traffic Act) states they can only be donated or sold, and not such an easy process.

The majority of the vehicles seized and held at the impound lots are very old, seized long ago, many in such a poor state of condition, or the fines are too high or encumbered by a loan, that there is no interest on the owners to claim them.

For the Cosevi to donate the vehicles it has to first de-register them with the Registro National (National Registry), but this comes at a cost. In the case of auctions, potential buyers are few because they have to bear this cost.

Valverde is also of the opinion that few are willing to buy vehicles in poor condition.

Then there is also the requirement by the Traffic Act that permits the Cosevi to sell off only vehicles that are roadworthy, and many of them are not.

Recently, the Partido Acción Ciudadana (PAC) introduced a bill to streamline the donation and action of seized vehicles. If passed by the Legislative Assembly, it would reduce the process to a maximum of three months, in which time the rightful owners can make a claim.

“These vehicles have owner! Even if they are junk, we cannot touch them (…),” said Valverde.

- Advertisement -
Paying the bills
Previous articleCosta Rica To Battle It Out With U.S. In Friendly
Next articleQToons: Ocotber 12: Dia de las Culturas

QCOSTARICA - “I know that I am here for...
Front Page