Flophouses exist throughout the country and have become the roof solution for many people. An unsolved problem over the years.

Flophouses exist throughout the country and have become the roof solution for many people. An unsolved problem over the years.

(QCOSTARICA) About 60 old, unsanitary foams are piled up in a dilapidated building in San José. Sleeping there costs ¢1,000 a night. For many it is little, for others, it is much and more than enough. Think about the pandemic before going there? That is the least.

This is how hundreds of people live every day in Costa Rica’s capital city and in other areas of the country. In the shadow of an old social problem that is afloat, now more than ever, because of the coronavirus COVID-19 pandemic.

That image is narrated by Marcelo Solano Ortiz, chief of the San José Municipal Police, who explained that since the health emergency began, the cuarterías (flophouses) have been in the crosshairs due to the vulnerability they represent for the spread of the disease.

Several positive cases have already been detected in occupants of these buildings. The most recent was the 19th COVID-19 fatality, a young man, whose identity was not revealed, who died on Saturday, July 4 after entering the San Juan de Dios Hospital in shock. The post-mortem test revealed that he had COVID-19. As a result, 50 inhabitants of the flophouse are in quarantine. 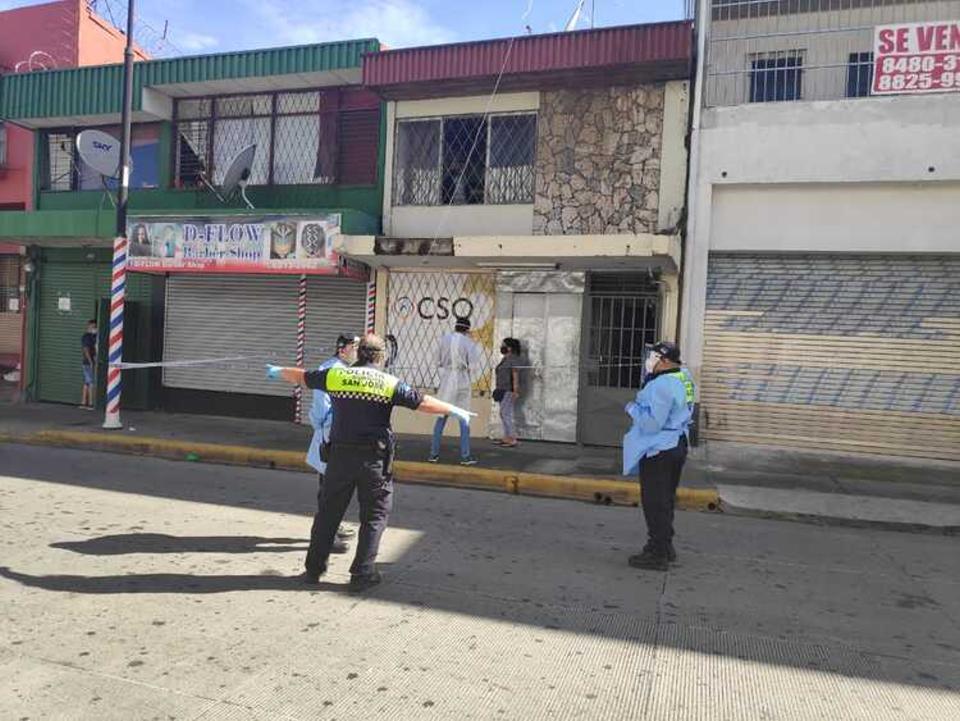 “We are trying to solve, in the framework of the health emergency and in a few days, of an unsolved problem over the years. The approach is truly difficult. People demand that the flophouses be intervened and closed. It is the popular demand, but the flophouses exist throughout the country and have become the roof solution for many people,” said Solano.

In San José, the canton with the highest number of active cases of COVID-19, there are buildings that charge amounts of between ¢1,000 and ¢5,000 per night. They are places not in a condition to house dozens of people.

Some are open areas, with the foams stacked on the floor, without the minimum effort of physical and social distance. They have few toilets or showers for so many people.

“It is a very lucrative business for people who have buildings in ruined condition. They do not invest in building maintenance. By keeping the building in ruin they are responsible for urban deterioration and without making investments they have profits of up to ¢2 million or ¢3 million colones per month. All at the expense of people who only have ¢1,000 to spend the night,” said the police chief. 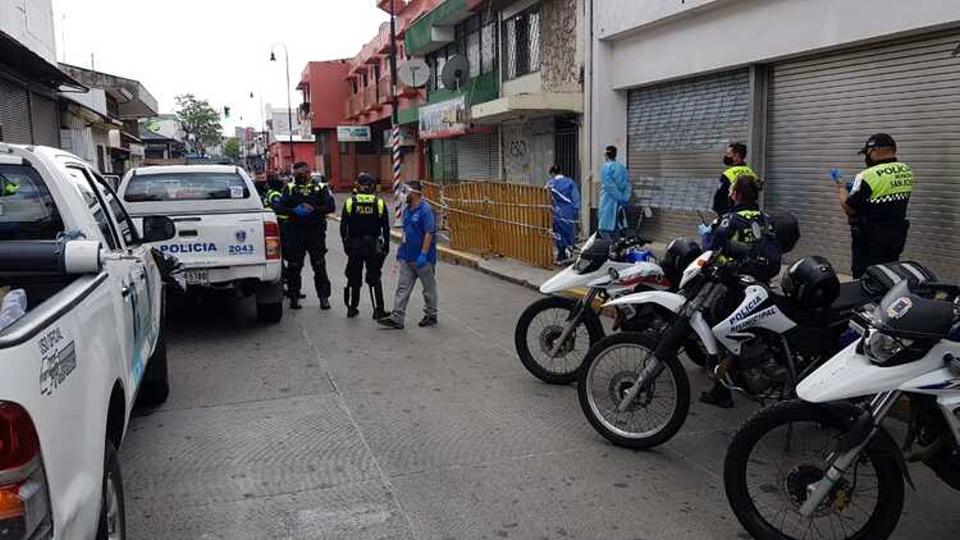 You have to differentiate the cuarterías from the pensiones. Despite being similar, they operate under considerable differences. The former do not have any operating permits, while the latter do have guarantees to operate under a scheme similar to that of hostels. Generally the latter are not problems for the authorities.

Solano explained that there are judicial limitations so that the police control can be carried out against the flophouses. For example, there are constitutional rulings that restricted interventions by stating that rooms are private property. Also, the resolutions asked to take into account that flophouses prevent an increase in the number of people sleeping in the streets. 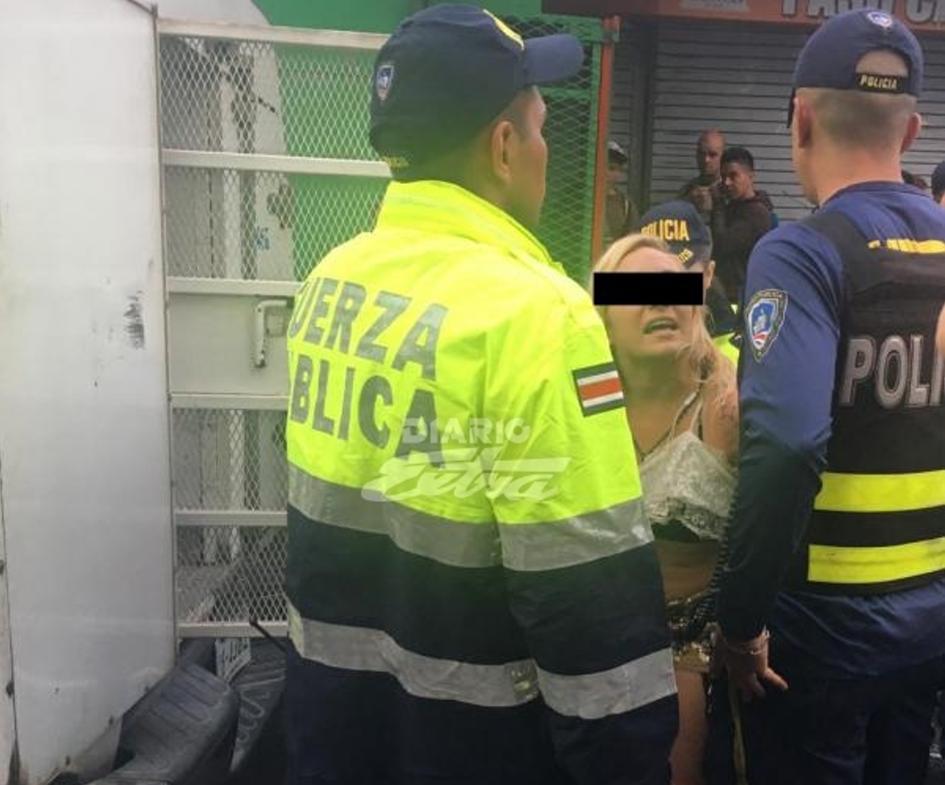 “Previously, police would break into rooms. The administrator opened the rooms and the police carried out a search, with a drug dog and focused, for example, on verifying that sex workers did not turn these places into brothels.

“But, years ago, the Constitutional Court warned us that the police could not break into the rooms because they were private areas. The existence of leases under the tenancy law should be considered, regardless of whether the walls were permanent or temporary. It is private property. This caused the raids of the cuarterías to slow down,” said Solano.

Since the health crisis began, the Municipal Police has identified 8 flophouses. All in unsanitary conditions and with temporary inhabitants in extremely high vulnerability to the spread of the virus.

“They are people who are going through difficult situations from the socio-economic point of view. It is clear that they do not operate under the law. They (the flophouses) do not have a sanitary operating permit and represent an important factor in the expansion of COVID-19,” said Daniel Salas, Minister of Health.

Salas, who leads the national crusade against the pandemic, added that these “are issues that emerge in different phases of the emergency” and point to an inter-institutional approach.

As of Monday, July 6, the central canton of San José reported 56 new cases for a total of 743 active cases. Meanwhile, throughout the country, 3,452 patients with active disease were registered.

Also on Monday, the Municipal police maintained an increased presence and strict control of the flophouses under quarantine, prohibiting those inside from leaving.

Q TRAVEL - Europe opened the doors to tourism. While worldwide vaccination against covid-19 advances above the levels of each country, the restrictions are...
Travel

QCOSTARICA - The United States has eased travel advisories for most Central American countries, with the exception of Costa Rica and Nicaragua, according to...
Politics