Government Will Give Catholic Church ¢426 Million Tax Free For 2015 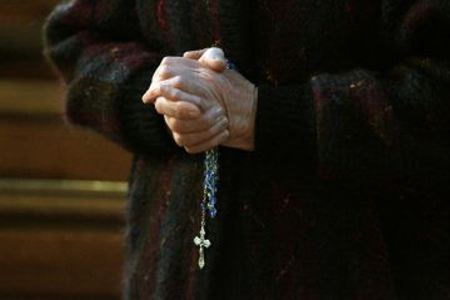 COSTA RICA NEWS – The government is readying to hand over ¢426 million colones to the Catholic Church in legal benefits for the 2015 calendar year.

The funding comes from the Ministerio de Cultura and Ministerio de Educación (Culture and Education ministries). However, legislators of the Comisión de Hacendarios, criticize the funding.

The Catholic Church is the official state religion, and for that reason it receives the contribution, without strings attached, from the public coffers. The Church can spend the funds as it sees fit.

Between 2008 and 2014, the Catholic Church has received ¢3.7 billion colones in contributions from the State, tax free.

According to the Ministerio de Hacienda (Finance Ministry), the annual state contributions originates in official requests to the different branches of government. The requests are then evaluated by the “relevant authorities”, as part of the budget process, which is sent to the Legislative Assembly for approval, said the press office of the Ministry.

The funding process dates back to November 1991, as response by legislators to support the reconstruction of churches destroyed by the Limón earthquake of that year.

Article 4 of the Ley de Impuesto sobre Bienes Inmuebles (7729) exempts the Church from paying tax on the grants. The tax exemption, according to article 3, also exempts taxes on purchases of wine by the Episcopal Conference of Costa Rica, that is used in the ritual of consecration by the Catholic Church.