A computer hacker was able to alter the online system of a private bank to buy and sell dollars at extreme exchange rates, making away with more than ¢200 million colones (US$400.000 dollars) over a period of four months. 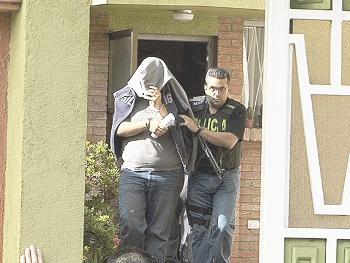 Francisco Segura, head of the Organismo de Investigación Judicial (OIJ), explained that the hacker, who had an account with the bank, was able to change the exchange rate and deposit the amounts to accounts of friends (who were are of the theft) and who later made withdrawls in small amounts to deter detection.

Leticia Arguedas, a manager at the Colombian bank Davivienda, explained that the hacker was able to change the exchange rate from, for saying, 493 colones to one dollar to 4.390.000 colones and could exchange one colon to US$10.000 dollars. Using the method the hacker was able to steal from the bank millions in just a few transactions.

According to Davidienda, the security breach occurred between August and November last year,  that the case was an isolated one and customer accounts were compromised.

Earlier this week OIJ officials were able to identify the hacker and on Thursday, in a series of raids in Heredia, Alajuela and La Uruca de San José, detained the principal suspect, a 25 year old man identified by his last name Lopez and several accomplices.

Computer fraud in Costa Rica is sanctioned with up to 10 years in prison.