Unbelievable that in the 21st century these kind of practices still exist.

The Organismo de Investigación Judicial (OIJ) on Tuesday arrested a “brujo”* for charging a woman ¢600.000 to resolve her romantic entanglements. 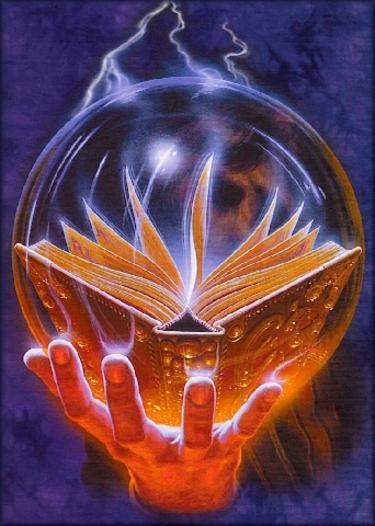 The alleged fraudster is a 22 year old man (identified only as Solangel) and was detained in his condo in Calle Blancos, Goicoechea, after a two-month investigation following the filing of a complaint by a 29 year old woman.

According to judicial investigators, the man published ads in the local newspapers promising to troubleshoot and solve problems in love, but instead charged large sums of money, providing no results.

In the complaint filed by the woman, she tells police that she responded to an ad, met with the man and handed over ¢600.000 colones to initiate the “treatment”. However, time passed and nothing changed. The victim contacted again Solangel, who told her that she needed to visit “el maestro” (the master), and new appointment made.

Moving forward with the story, the woman said she again visited with the Brujo who told her that he had to work out some financial problems and asked the woman to buy a lottery ticket, which he would keep safe in an envelope, to which he would offer prayers and would be opened together the day after the lottery draw.

Again at the Brujo, the two opened the envelope. The woman told authorities that only “he” saw the contents of the envelope, tolling her that it was a winner – a ¢100 million colones winning ticket.

In addition, the victim said she handed over a cell phone, a television set and dining set.

In the end, the alleged prize never materialized and the woman realized she had been taken.

*Brujería is the Spanish word for witchcraft. Brujeria also refers to a mystical sect of male witches. Both men and women can be witches, brujos and brujas respectively. Brujos is the plural term that can mean either a group of male witches or both male and female witches.

Beliefs vary between traditional and modern brujos. Traditional brujos hold core beliefs that are similar to or identical to the witchery around the world. Modern brujos are diverse and can resemble faith healers, be shamanic, spiritualists, or pagan.

Practices are greatly diverse and are dependent upon the locale and the form of brujería. Ancient forms tend to reflect the religions of the indigenous cultures, whilst modern forms tend to be syncretic and use the current dominant religion (usually Catholic).

The most well known practices are similar to English witchcraft: spells (hechizos), charms, amulets, divination, and use of plants (usually herbs). Other practices might include phenomena similar with traditional English witchcraft; namely shapeshifting, glamoury and hedgeriding of the hedgewitch, including use of entheogens. Brujos paganos (pagan-witches) might participate in ritual or ceremonial ecstacies.

Among certain Hispanic and Native American cultures of the Southwest, the practice of brujería is feared as a manifestation of evil. Those who use rituals, spells, incantations, potions, and powders to work ill against others are known as brujas (witches), who are primarily female in number (the male witch is known as a brujo).

All the negative facets of witchcraft feared by people throughout the world are practiced by the brujas: manifesting the evil eye, casting spells to cause physical or mental illness, bringing about bad luck, even death.

The brujas create dolls in which they insert bits of the victim’s hair, fingernail clippings, or pieces of clothing and focus their evil intent upon the miniature representative of the person to be cursed. If a professional doctor with modern medical techniques cannot cure someone who has fallen suddenly ill, a bruja is suspected as being the cause of the problem.

Shamans or ‘Curanderos’ may be used to ‘undo’ the power that has been taken over the individual in order to protect them and bring them back into balance.

With files from Wikipedia