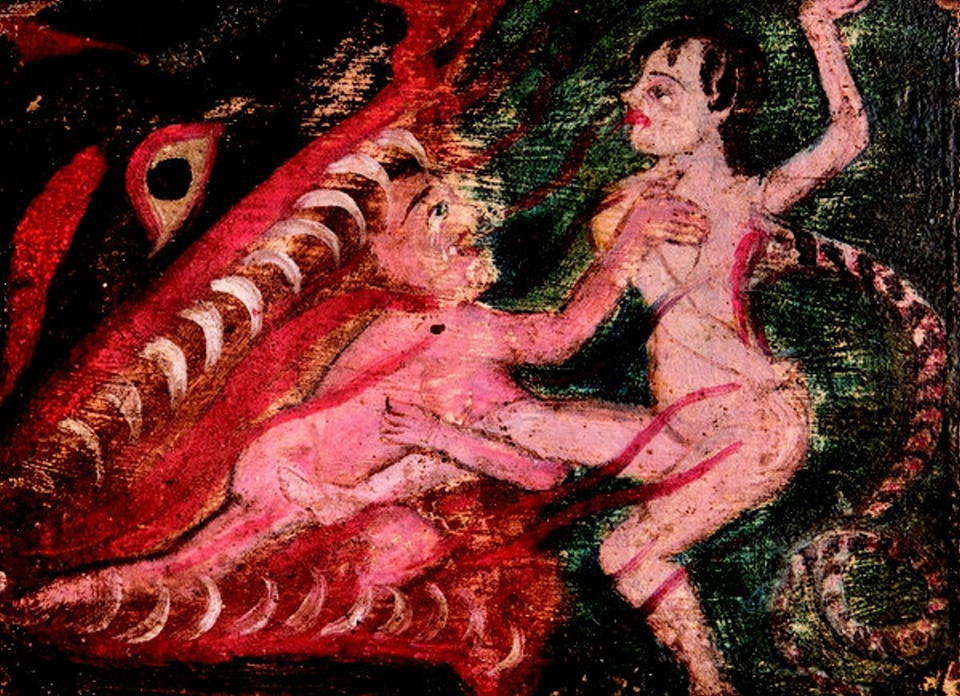 Many have approached the exhibition with the curiosity to know more about a movement that manifested from the pre-Columbian history of Costa Rica to the current demonstrations.

The general interest of the public has caused curators of the exhibition, the artists Sussy Vargas and Roberto Guerrero, to lead a guided tour through the exhibition on two dates: Saturday, February 17, at 10 am, and Wednesday, February 28, at 10 am.

“There is much to discuss about this exhibition as it looks at eroticism as a natural reality, with all its manifestations from the most obvious and expected, to the most obscure and demonized,” says Guerrero.

“We thought about the exhibition as a result of our research, we asked ourselves how we could offer an educational perspective,” adds Guerrero. “It is very gratifying that people want to know what is behind each work”.

The exhibition includes more than 70 artists and will be available until April 2018.

The Museo de Arte Costarricense is located in the La Sabana metropolitan park, open from Tuesday to Sunday, from 9 am to 4 pm. Entrance is free.

The MAC building was the old terminal of the first International Airport of Costa Rica, which was also known as La Sabana Airport. The building is of neocolonial style, an architectural language that was used frequently during the first decades of the 20th century.

Designed by the architect José María Barrantes Monge in 1937, construction began a year later under the direction of engineer Luis Paulino Jiménez Montealegre and inaugurated on April 7, 1940, during the administration of León Cortés Castro (1936-1940), and was used as an international terminal until 1955.

Restoration of the building began in 1977 and inaugurated as the Museo de Arte Costarricense on April 3, 1978. In 1986 the building was declared a heritage property of historical and architectural value.

Interesting fact: If you stand at the northwest corner of the park, you can see the original landing strip – a strip of land clear of trees – that was once part of the La Sabana airport.

The MAC also inaugurates its season of exhibitions this year with the exhibition Roberto Cabrera “Aquí y Allá” (Here and There), a journey about the work of the Guatemalan artist, who lived in Costa Rica in the 80s.

The exhibition includes drawings, engravings, and collages that defined the style of the Guatemalan artist. The exhibition will remain open until April.