TODAY NICARAGUA – Nicaragua has become the first country in the world to have sex workers within its judicial system, becoming “facilitadoras judiciales” (paralegals).

“For us this is historic, it is possible that we will have at least six sex workers in each municipality (153) to be trained judicial facilitators,” said the president of the Asociación de Mujeres Trabajadoras Sexuales Girasoles (RedTraSex Nicaragua), Maria Elena Dávila, at a press conference.

The coordinator for Central America and the Caribbean Network of Sex Workers Women of Latin America (RedTraSex), Adelaines Cabrera, told EFE that “it is a successful experience, without stigma or discrimination against sex workers, a operning to work in an organized manner (…). ”

RedTraSex was founded in Nicaragua in 1997, and has since spread to the rest of Central America (Costa Rica, Guatemala, El Salvador, Honduras, Panama), Argentina, Colombia, Paraguay, Peru and Dominican Republic.

The concept of paralegals was adopted in Nicaragua in the 80s, but not with sex workers, said Vice President of Nicaragua’s Supreme Court, Marvin Aguilar.

In Nicaragua, there are about 7,000 members of the Servicio Nacional de Facilitadores Judiciales (National Paralegals).

Prostitituion in Nicaragua
Some 14.486 women in Nicaragua are involved in sex work (prostitution), of which 14% are organized, according to statistics from RedTraSex Nicaragua. 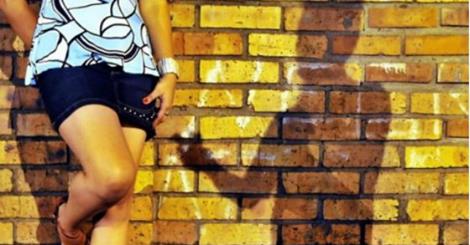 In Nicaragua, prostitution itself is legal, but it is heavily discouraged by the law (brothels and other forms of procurement are illegal).

Prostitution is common in Managua. Prostitutes work on the streets, in nightclubs and bars, or in massage parlors.

Child prostitution is widespread, particularly in Managua, port cities, along the Honduran and Costa Rican borders, and near highways. According to Casa Alianza, between 1,200 and 1,500 girls and young women work in the brothels of Managua, and almost half are under the age of 18. Every night, hundreds of teenage girls line the Masaya Highway commercial corridor on the capital’s south side. Street children engage in prostitution, often to support a drug habit.

- Advertisement -
Paying the bills
Previous articleOrder What You Want, Your Personal Asssistant Will Deliver It
Next articleTurrialba Volcano Emits Ash Cloud In Tuesday Afternoon Eruption