QTOONS: Government Spends ¢32 Million To Tell Us They Are Frugal 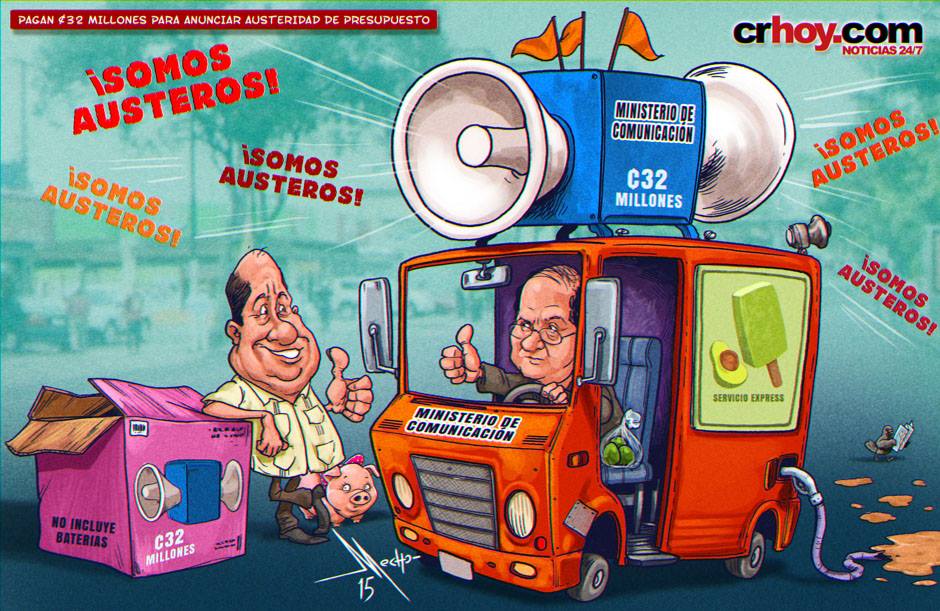 In the caricature we see President Luis Guilldermo Solis, with piglet but his side, give the Minister of Communications, Mauricio Herrera , the thumbs up. The government earlier this week announced a ¢32 million colones radio and television campaign to explain to the people the cuts made in the 2016 budget proposal.