Is the crazy mind behind the Q media websites, a series of online magazines where everything is Q! As founder of Inside Costa Rica and editor until 2012, Rico brings his special kind of savvy to online marketing.

His websites are engaging, provocative, informative and sometimes off the wall, where you either like or you leave it. The same goes for him, like or leave him.There is no middle ground. No compromises, only a passion to present reality as he sees it!

An expat from the U.S., educator and writer in English and Spanish since 1978 with a doctorate in business administrations (DBA) from the United States and Germany. A feature writer for ABC News, Copley Press and the Tribune Group with emphasis on Central America.
Email 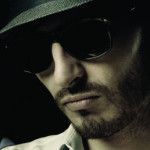 Carter is self-described as thirty-three-and-a-half years old and his thirty-three-and-a-half years birthday is always on March 3.  Carter characteristically avoids pronouns, referring to himself in the third person (e.g. “Carter has a question” rather than, “I have a question”).   One day [in 1984], Carter, raised himself up and from that day forward we could all read what Carter writes.
carterjonmaddox@gmail.com
cjmaddox.com 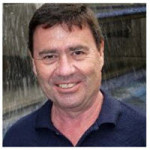 Attorney Richard (Rick) Philps is a Canadian citizen, naturalized as a citizen of Costa Rica. Rick practiced law in Victoria, B.C., Canada as a member of the Law Society of British Columbia, for fourteen years, prior to moving to Costa Rica in 1998.

Jen Beck Seymour is the Costa Rica Chica.  In June, 2013 she broke free of the rat race of North America where bigger was better, and moved here with her husband from Dallas, Texas.  She quit her artificially lit cubicle job and left all sense of stable income behind.   She believes in taking time now, while she is still young and healthy, to just ENJOY – life, her husband, day to day simplicity.   When she’s not blogging, she is either hiking, baking, sipping coffee or enjoying a glass of wine.  You can find her at:  www.costaricachica.com/wordpress

The Best Place to be in the world before, during and after COVID-19

Who Are The Richest Men in Central America and Why

Crack Down On Prostitution In San Jose

14 in Costa Rican Have Changed Their Color Of Their Eyes