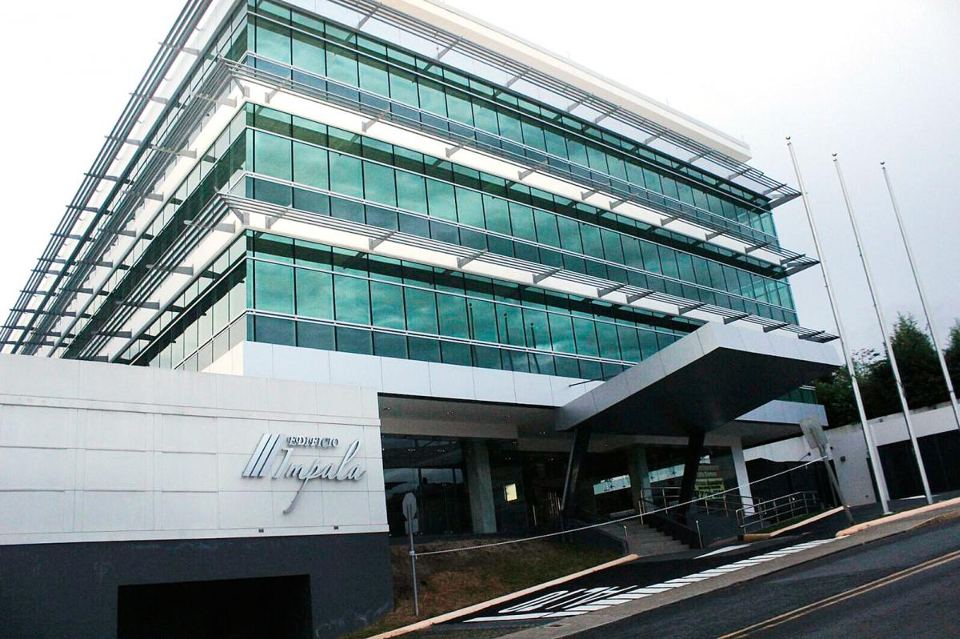 QCOSTARICA – It pays to be a landlord in Costa Rica, especially when your tenant is the government. In this case, the Constitutional Court signing a 12 year lease paying some ¢55 million colones monthly.

The office building “Impala” is located in Sabana Sur will house 160 officials of the Court, that will be moved from the Corte Suprema de Justicia (Supreme Court) building in downtown San Jose, for the lack of space.

The deal elevated the Court’s budget by ¢20 million monthly. Initially the deal negotiated was for a monthly rent of ¢35 million colones, but increased due to modifications required by the Judiciary. The total floor space is 3.442 square metres (37.000 square feet).

The Impala building was developed by Copiarte, a company headed by Juan Jose Wedel and built by Van der Laat & Jiménez, based on a design by Ossenbach, Pendones y Bonilla architects.

The news of the rental, which includes a purchase option if the Court by way of a trust with the Banco Improsa, has gone viral.

Some comments include, “WTF, the government spending this kind of money when times are tight and is looking for ways to get more from us” and “¢2 million a day!”.

In the political arena, Mario Redondo, legislator for the Alianza Demócrata Cristiana (ADC) party, had this to say, “The country is experiencing a fiscal crisis, resources are limited and the blanket (the budget) does not cover everything. This – for their cost – building does not seem an essential and urgent spending”.

“The judiciary should not turn a deaf ear to valid concerns,” insisted the legislator.