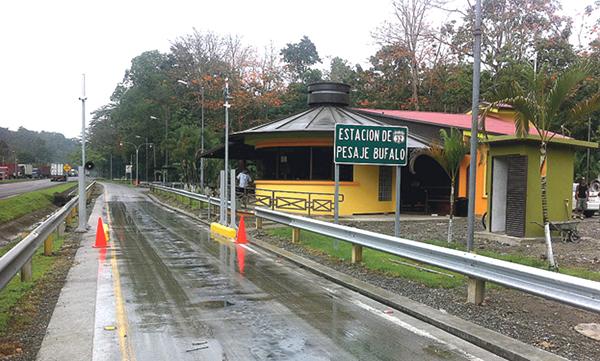 For the lack of legislation regulating and governing the payment of fines and violations to the Traffic Law for the non-use of weigh stations, truckers have stopped paying more than ¢57 billion colones in traffic tickets issued.

A report by the Contraloría General de la República (Comptroller’s office) indicates that many truckers do not use the weight stations because they know they are carrying more than the allowed limits.

In addition, the report indicates that few traffic officials at weigh stations and the ambiguity of the Articles 114 and 145 of the Traffic Act and the lack of fines for those drivers who evade the checkpoints, promotes a culture of disrespect for the rules of the road.

The Contraloría notes in its report that the close to ¢57 billion colones could mitigate some of the problems in the reconstruction and maintenance of the national road network.

Thus, the Contraloría has ordered the Ministro de Obras Publicas y Transportes to prepare a bill for Legislative approval to correct the problem.