“Values ​​and Traditions” Will Be Taken Into Account in Deciding on the “Morning After Pill”, says Minister 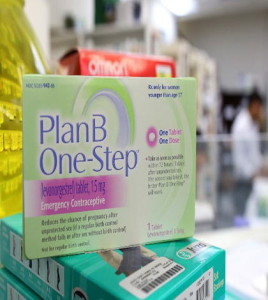 The Ministry of Health says it will take into consideration “the science, values and Costa Rican traditions” in deciding whether to approve the use of the emergency contraceptive, known as the “morning after pill”.

The Health minister, Daisy Corrales, explained that in Costa Rica they will seek to certify the “mechanism of action” of the drug in the female reproductive styem.

According to the doctor, the Costa Rican population is “mature and informed” and “there is an urgent need to reduce uwanted pregnacies in the country”.

“In almost all developed countries” prescription is not required because “many studies have shown its effectiveness and safety,” said Ramirez.

In the U.S. a federal judge has ordered the US Food and Drug Administration (FDA) to make “morning-after” emergency contraception pills available without a prescription to all girls of reproductive age, reversing a decision by the Barack Obama administration.

QCOSTARICA - Consumer pessimism decreased slightly for February 2021, compared to November of last year, however, uncertainty around the economy remains high and the...
The Americas

Q REPORTS - U.S. President Joe Biden is expected to outline his vision of Washington's Latin America policy at the next Summit of the...
Health

QCOSTARICA - From the start of the vaccination program against covid-19 on December 24, 2020, 193,273 doses have already been applied countrywide.   Of this total,...
Living in Costa Rica

QCOSTARICA - The Ministry of Public Works and Transportation (MOPT) announced Thursday that it will grant a grace period for six (6) more months...
Politics

QCOSTARICA - A year into the pandemic, the government is throttling back on the press conferences to update the evolution of the pandemic. From the...
Health

QCOSTARICA - "Don't be afraid, get vaccinated," are words of doña Irma Ceciliano, in a virtual conversation, along with three other seniors, telling President...
Pura Vida

QCOSTARICA - To commemorate the Bicentennial of Costa Rica that occurs in 2021, Inverse Project has designed the Torre del Bicentenario for this important...
HQ

QCOSTARICA - Some 36,000 people from 14 indigenous territories in the South and Atlantic zones will benefit from broadband services and fixed and mobile...