Daily Life in León, Nicaragua is the intriguing title of a photo exposition next month in Barrio Amón by ex-pat, part-time resident and prize-winning travel photographer David Flynn. 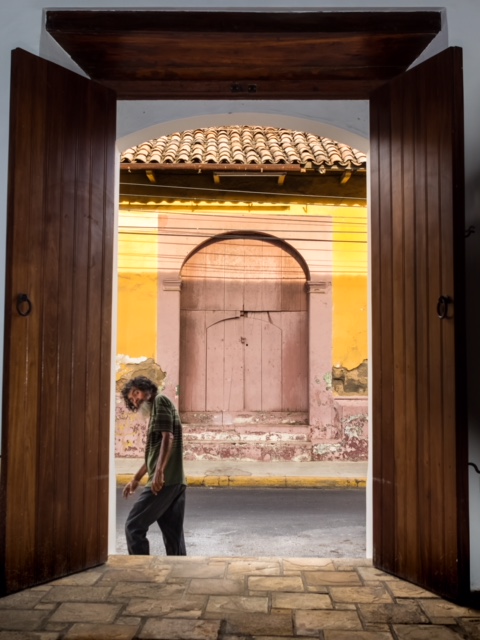 Vida Cotidiana en León, Nicaragua, the exhibit’s Spanish title, is the result of Flynn’s eight months of photographing people and places in that country’s second-largest city. His unique view of León, the old and colorful intellectual capital of Costa Rica’s northern neighbor, is a departure from the usual post card vision of one of Latin Americas oldest cities.

Officially opening on October 3rd, the exhibit is being held at Galería Talentum, one of San José’s foremost art galleries in the heart of downtown.  It is free to the public and will run until the end of the month. The grand opening is set for 7pm on October 3.

“Living in León is like living in another century.  It’s a unique place for me and close to my heart. So I hope I am giving it its just due with these pictures of mine.  And the opportunity to showcase my work in a space like Talentum only adds to my delight.”

Greivin Ureña, Artistic Director and Curator, said that Flynn’s exhibit reflects the gallery’s efforts to support emerging artists in Costa Rica. “We are looking forward to seeing the reaction in San José of this unique collection of photographs from our neighboring country.  I personally have always liked León and I think David Flynn has captured that city’s unique soul and personality.”

Gallerias Talentum is next to Hotel Taormina (formerly Mona Lisa) and is one of San José’s best places to see art by emerging artists.  With a café, interior garden, and two floors of gallery art, Talentum is a cultural oasis in Barrio Amón. 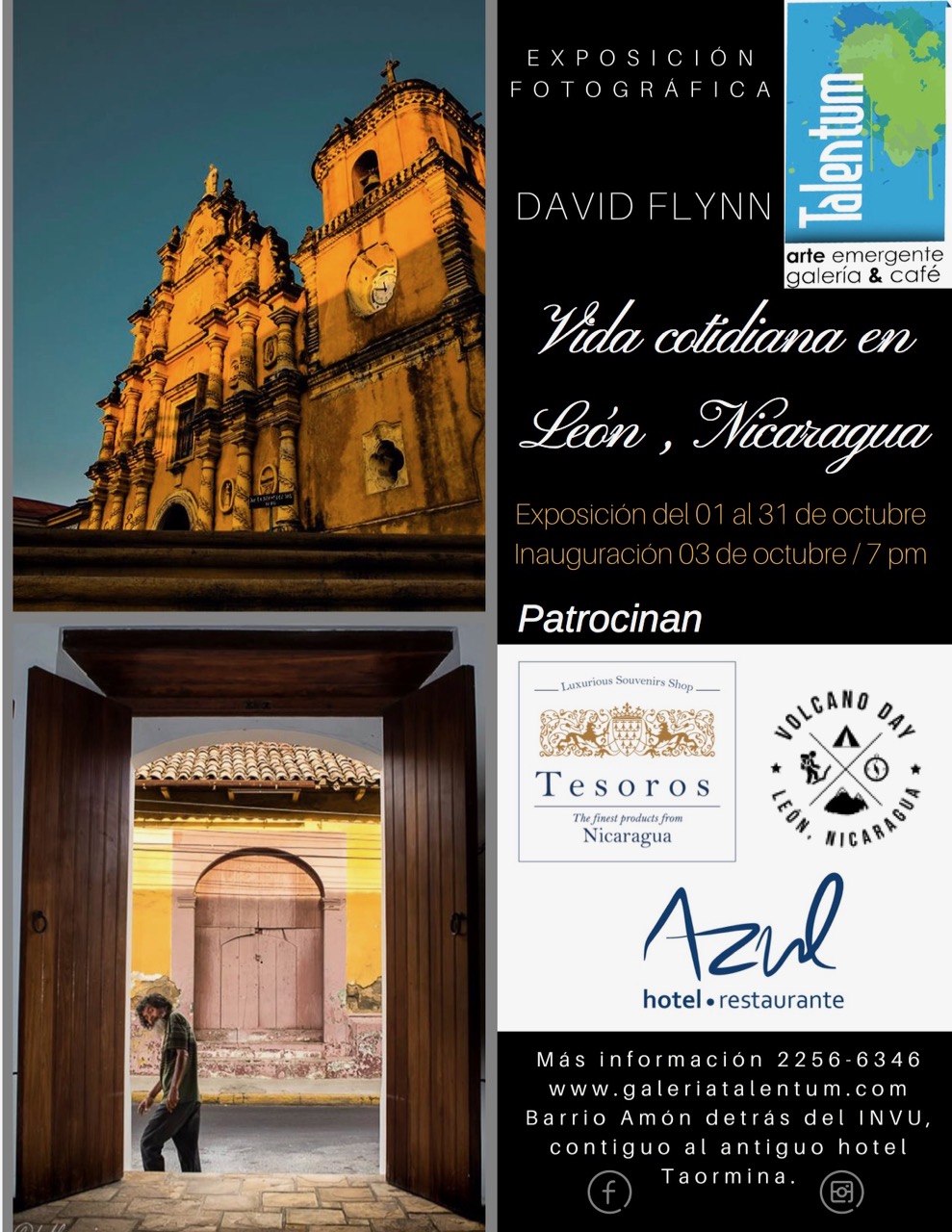 David Flynn is a Chilean-American photographer who grew up in Latin America and has lived in 10 Spanish-speaking countries. After moving to the United States, he attended the University of New Mexico where he graduated with bachelor’s degrees in Latin American History and Journalism.

After a career in advertising in the U.S. Hispanic market, Flynn became an “exile” in Central America. He lives in León and San José and travels frequently to other countries taking pictures and soaking up the atmosphere. His work has been exhibited in León, San José, and Austin, Texas.

In addition to the photography exhibited at Galeria Talentum, Flynn’s work can be seen at www.flynnsfotos.com or @flynns.fotos on Instagram.  The show is proudly sponsored by Azul Hotel and Restaurant (www.hotelazulleon.com) and Tesoros (www.tesoros.online).