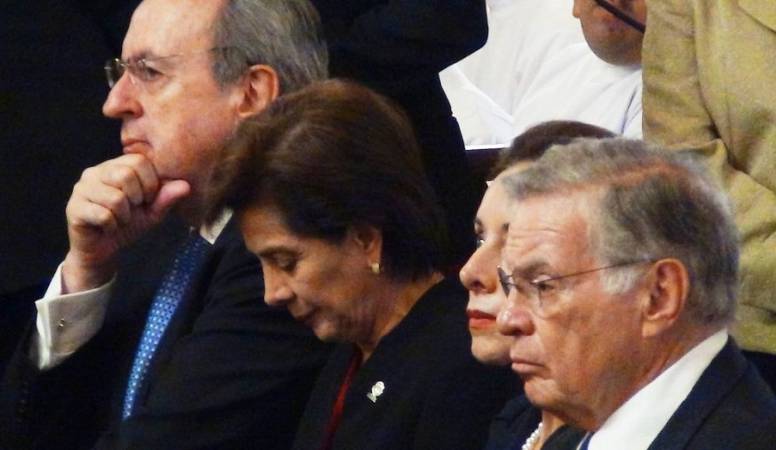 The Ministerio de Seguridad Pública (MSP) has budgeted for this year ¢161 million colones (US$325.000 dollars) to safeguarding the homes of five former presidents and four first ladies.

On May 8, 2014, Laura Chinchilla will added to the list of former presidents under protection.

Former president José María Figueres Olsen does not have a permanent residence in Costa Rica.

The police protection of the former presidents and first ladies is limited to a Fuerza Publica (police) official posted outside the residences, around the clock, all year round. In some cases, like that of Pacheco, the official is posted in a police post in the park one house away from the Pacheco home, while in the case of Oscar Arias, the police post is within the gated property of the former president.

According to the MSP, the protection detail involves 27 police officials, working 12 hours shifts, two days on, two days off. The officials do not follow the movements of the former presidents and former first ladies outside the residence.

The former presidents also get their pension.

According to the Ministry of Labour, Olman Segua, the government pays out 11 pensions, an average of each almost three million colones (¢2.973.526) or US$6.000 dollars.

QCOSTARICA - Almost ¢140 billion colones (US$227 million dollars) is the amount the MECO construction company was able to snare for public works contracts...
Reports