Q MAGAZINE – Diane Kruger and Norman Reedus were spotted at a beach in Costa Rica for a romantic getaway. On Thursday, Aug. 10, the couple, who have been maintaining a long distance relationship over the past several months due to work, met up in the country.

Diane, 41, (born Diane Heidkrüger in Algermissen) in the photos, wore a black, one-piece bathing suit with an open back that showed off her toned figure as she sat on the sand and took a dip in the water. On the other hand, Norman, 48, sported a wet suit as he enjoyed the waves of the Costa Rican Pacific coast beach, Playa Guiones.

The blonde actress sat watching from the shore as her 48-year-old surfer hunk hit the waves, before he clambered out and removed his wet suit. They then sat side beside chatting and admiring the view from the quiet beach.

The Walking Dead star has been busy filming the AMC zombie hit in Atlanta, Georgia, while the German actress was shooting JT Leroy in Winnipeg, Canada, so the couple chose Costa Rica as the perfect place to reunite.

Kruger and Reedus met on the set of their 2015 movie, “Sky.” In March, they were spotted packing on the PDA and making out in New York City. 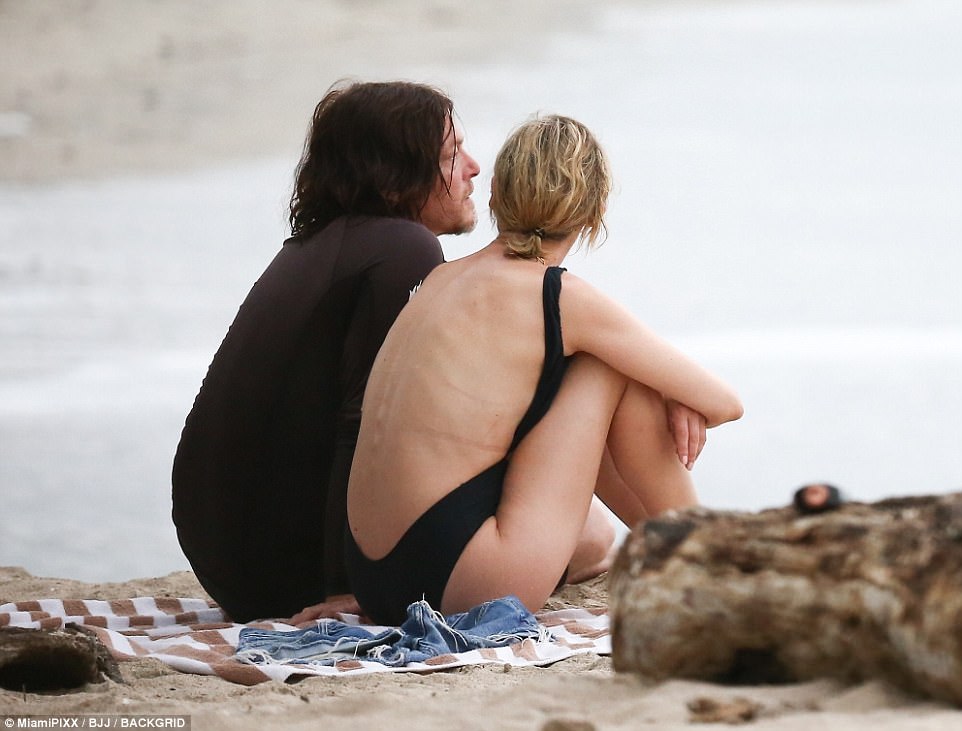 The relationship is the first for the actress after splitting with her boyfriend of 10 years, Joshua Jackson, in July 2016. Reedus has a son, Mingus, with supermodel Helena Christensen and was previously linked to Courtney Love and Walking Dead costars Laurie Holden and Emily Kinney.

Diane’s ex has admitted he is struggling to adjusting to life as a single man, following the demise of their decade long romance. 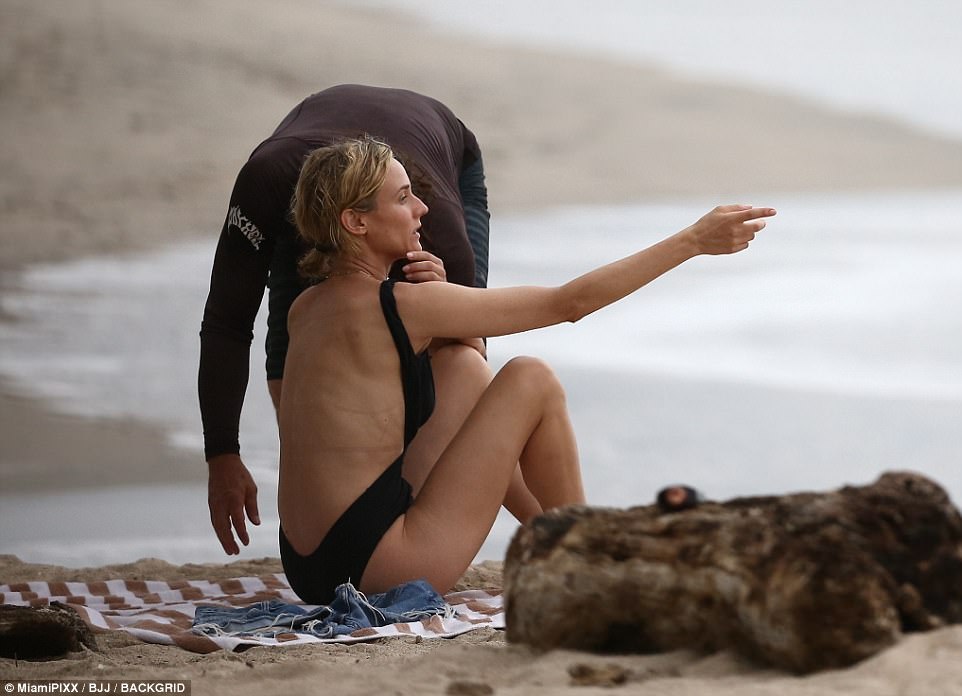 Speaking on The Ellen DeGeneres Show, Joshua admitted: ‘Things have changed a little bit since last time I was single. Maybe it was there, but I don’t remember it.

‘I mean, everything’s on your phone now, right? There’s no more talking to people anymore. ‘You talk to somebody and they’re like, “Ugh! No, no, no, no, no! We don’t do that anymore.” So, yeah, it’s been quite a big change.’

“Diane is fiercely independent and ended up resenting leaving Paris to be with Joshua. She’s also disillusioned with Hollywood and wasn’t interested in attending events as part of a power couple, she needs her own space. The move was make or break and in the end, it broke them. Joshua is heartbroken,” a source told the Daily Mail.

The new couple, Kruger and Reedus are likely to remain in a long distance relationship due to the demands of their jobs. The “Inglourious Basterds” star has just been cast in Robert Zemeckis’ still-untitled upcoming movie, so their Costa Rica getaway might be their last one for a while.