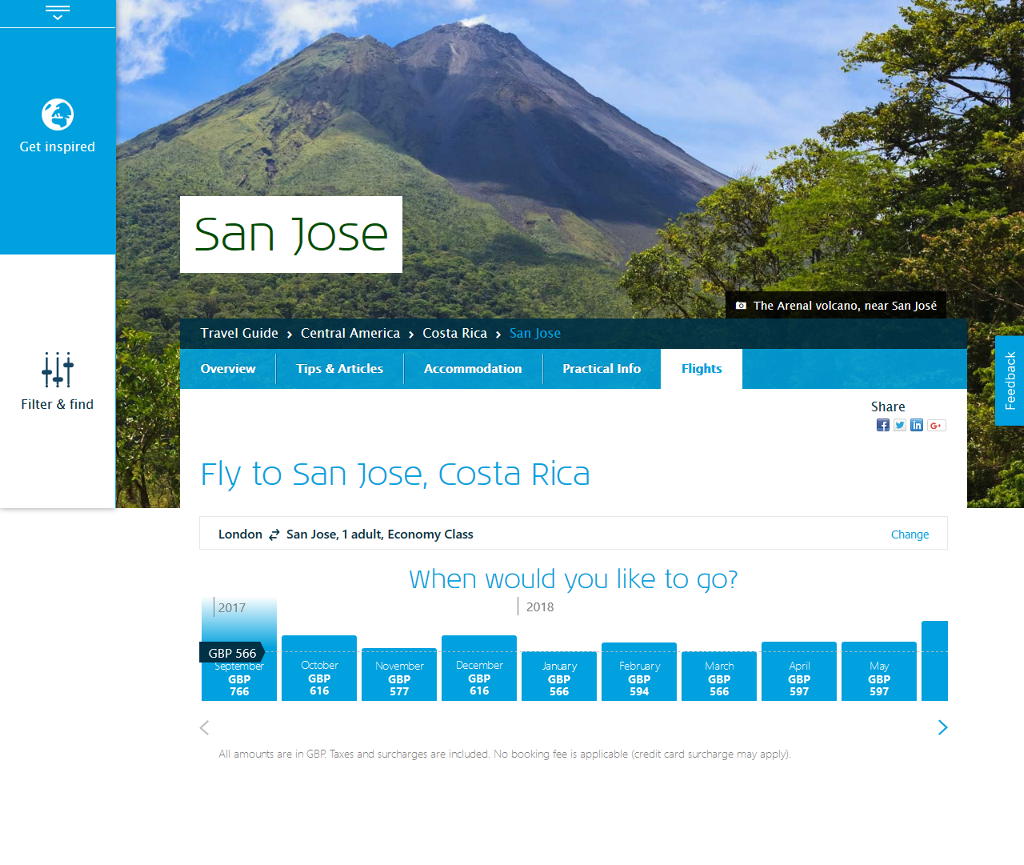 The flights, between the Juan Santamaria (SJO) and Amsterdam Schiphol Airport (AMS) will be on Tuesdays and Fridays, will in a Boeing 787 Dreamliner with a 294 passenger capacity, in three classes: Business, Economy Comfort and Economy.

Flights on other days are by way of a Delta airlines connection.

Though the annuoncement was first made in April, this week the ariline offering return Fares from US$566.

For now, the airline is offering flights for the 2017-2018 tourist season that runs from November to March, and does not rule out restating regular service between the two countries as did more than a decade ago.