(Q24N) I was in Mexico City on September 7 when the biggest earthquake in a century to hit my home state, Chiapas, was felt. I was in a cantina. Everyone kept drinking. Mariachis kept singing. “Another mezcal,” said someone close by. As soon as my friends and I sensed the earthquake, we left our table but we couldn’t get out: staff blocked the emergency exit so no one could leave without paying their bill. 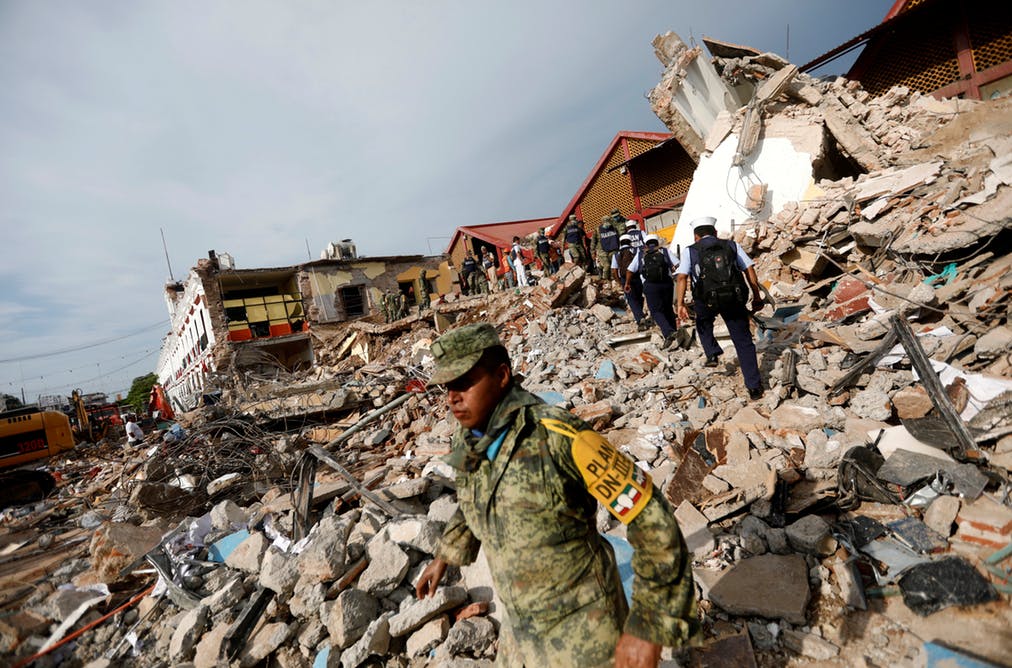 It was only after checking my mobile that I became worried. The earthquake hit 8.2 on the Richter scale, and its epicentre was in Chiapas. I called my parents as soon as it was possible. They described it as the worst experience they have lived through – no minor thing considering they endured the 1982 eruption of the Chichonal volcano and the 1980s debt crisis, when hyperinflation reached 159%.

I left Mexico City to be with my family, and I was in San Cristobal de las Casas in Chiapas on September 19 when the seismic alarms began again. We thought it was a drill since we didn’t feel anything, but just like 10 days before, everything changed after a couple of minutes. My Whatsapp was suddenly full of messages from friends: “This was horrible, is everyone okay”; “Phone lines are down, I can’t contact my boyfriend anyone know where he is”; “I just saw a building collapse, I am heading there to help.”

Being from a seismic region in Mexico, I have dealt with earthquakes all my life. My first memory was of a game. I must have been five or six and the teacher was preparing the class for a drill: “Don’t run, don’t shout, don’t push.” Of course, her pleas fell on deaf ears, and that’s precisely what we did once the alarms started.

My second memory is sillier. I was seven or eight, and an earthquake hit while I was taking a shower. It didn’t last long and wasn’t very strong, but I still ran out of the house … naked.

The third one, when I was nine, was the real deal: a 7.2 earthquake, and a night I would never forget. I was having dinner and watching TV when the lights went off. Seconds later, the whole world was shaking. Things began to fall to the ground; glasses broke and the walls cracked.

I left my room and my mom was already there, grabbing my hand. We got out of the house and headed to my grandmother’s place next door, where we were afraid she was trapped. We couldn’t walk and constantly fell to the ground. The earthquake seemed to last an eternity, and was so strong that the floor shone as if made of gold. 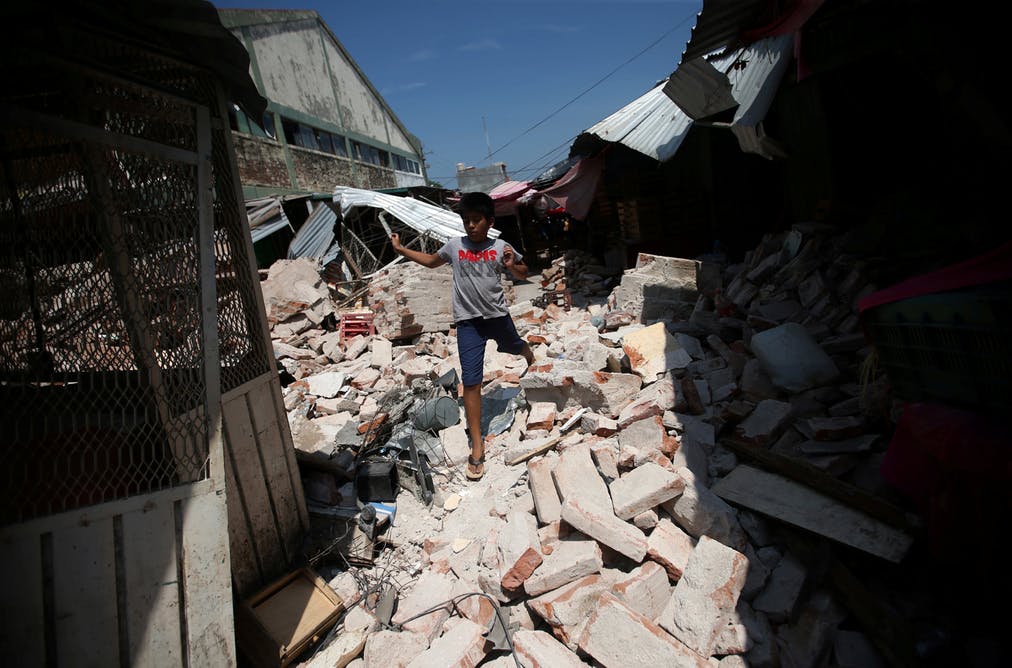 So soon after the latest disaster in Mexico City, there’s a feeling of sadness and solidarity with everyone you talk to and everywhere you go. People are donating, organising and volunteering everywhere, but they prefer to donate to NGOs such as the Red Cross than to the government, which they don’t trust with their money – particularly not local authorities.

There are reports of corruption, and of the political manipulation of donations and aid. In Veracruz, aid was reportedly labelled with the governor’s name, and people were told the aid came directly from him. In Chiapas, the governor was quick to react and appear on social media showing what he was doing.

Unfortunately, ten days after the first earthquake in Chiapas, it’s not clear what efforts and plans are actually being lined up. Four months ago, the Chiapas State Congress dissolved the Fund for Natural Disasters without any complaint from the governor, meaning the state has no allocated funds to tackle the current situation. Two days after the earthquake, a cabinet member declared that help was already on its way – in the form of coffee, bread and coffins.

In the state capital, Tuxtla Gutierrez, one of the major roads that connect the city with the rest of the state wasdestroyed , but reconstruction efforts are slow or halted. Meanwhile, the city is still littered with debris. One building that fell apart right in the city centre has apparently been forgotten, and the rubble is still lying in the middle of the street.

Solidarity is everywhere, except within the political elite. Mexican political parties are not allowed to receive donations of any kind or collect money, so they are funded from the state’s budget to the tune of millions of pesos. Considering that public trust in political parties is low and accusations of corruption and clientelism are common, many Mexicans are already demanding that parties donate part of this money to reconstruction efforts. Some party leaders have said they’ll consider it, but so far, none has made a clear commitment. 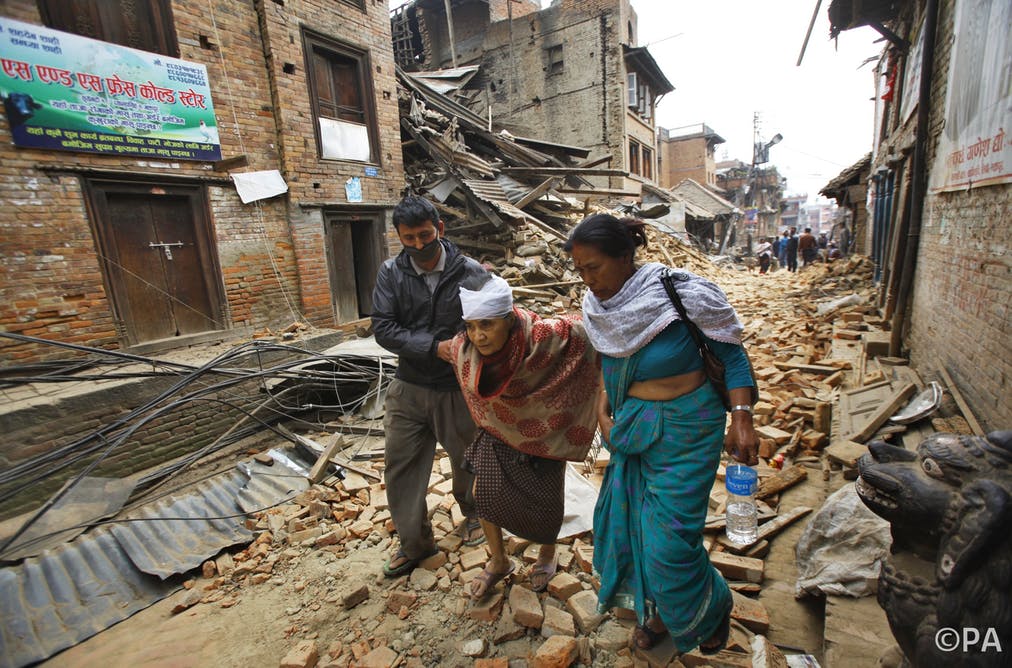 The earthquake of 1985, which destroyed much of Mexico City, is looked back on as a catalyst for an uplift in Mexican democracy, albeit a slow-acting one. Over the course of the next painful year, Mexico faces not just the work of reconstruction, but a difficult presidential election. Yet the pain and grief of this year’s disaster are already bringing out the best of the country’s generosity, and proving the strength of its unity as a nation.

This article by J Alejandro Espinosa Herrera, DPhil Candidate in Politics, University of Oxford, was originally published on The Conversation, and is republished here with permission. Read the original article.