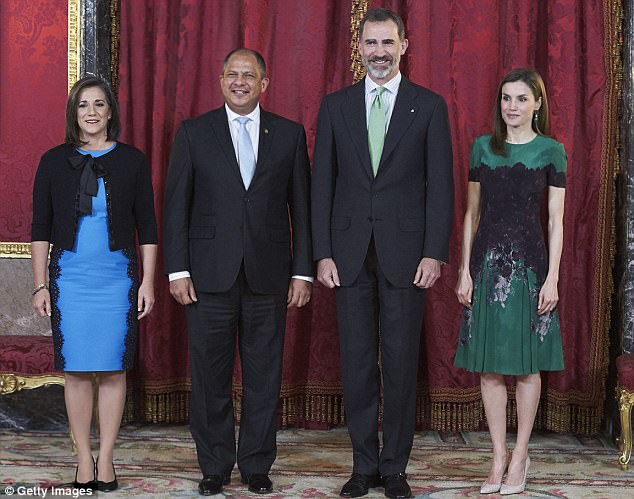 From Mailonline – For once, Queen Letizia and her husband King Felipe IV of Spain could be assured the conversation would flow freely.

With her hair styled sleekly, the mother-of-two opted for minimal jewellery – save for a stunning pair of jade and amethyst drop earrings – as she welcomed the Costa Rican presidennt to Madrid.

Letizia finished off the look with a pair of nude high heels, while King Felipe IV opted for a light emerald tie and a sharp suit.

First Lady Mercedes Penas Domingo opted for a similar theme, wearing a bright blue fitted dress, with black lace detail on the side.

With Spanish in common, the two couples looked relaxed in each other’s company as they chatted while touring the grandiose rooms of the Royal Palace.

The foursome posed for images under the palace’s spectacular chandeliers before heading to lunch.

With a new president, Emmanuel Macron, voted in across the border in France, the couples no doubt discussed Europe’s newest premier.

President Luis Guillermo Solis and his wife Mercedes Penas Domingo will stay in Madrid for two days in a bid to strengthen ties between the two countries. 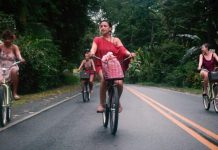 First Tica series screened in IMAX will be seen in May