(QREPORTS) Sex, drugs and rock’n’roll: even “Crazy Charlie’s” last day of freedom was like a movie. It was 1987. Carlos Lehder Rivas was at a Medellin Cartel party, snorting cocaine and amusing himself in the company of a prostitute when one of Pablo Escobar’s hitmen had the temerity to knock on the door.

Lehder didn’t think twice. He shot the man, who also happened to be one of the woman’s lovers. Gunshots, screams and a dead body in the middle of a fiesta with blaring salsa music; the Netflix series Narcos is a harmless joke when compared to the reality in Colombia at the time.

Lehder apologized to Escobar, the body was disposed of and, of course, the party went on. But while Lehder, a Colombian-German national, thought the party would never end, drug lord Escobar had come to a different conclusion that night.

In the end, there is nothing more dangerous than a crazy dealer whose escapades threaten to bring down the entire operation. The day after the party, Escobar sent Lehder to a secret hiding place, promising him he would be safe there — then he ratted him out to US authorities.

Escobar penned an open letter vehemently denying any involvement in his business partner’s arrest. Still, Lehder’s stock had fallen dramatically with his boss. What is more surprising is that Escobar didn’t simply have him quietly knocked off — as he had so many others.

For most “narcotraficantes” — or “drug traffickers” — life generally holds one of two possible fates: death, like Escobar’s at the hands of US and Colombian special agents during a raid in Medellin in 1993; or prison in the US, like Carlos Lehder. At the time, Lehder’s 1988 trial was the biggest court case against a foreign drug smuggler in US history.

The court sentenced Lehder to life in prison without parole. For good measure, it added another 134 years for allegedly flooding US streets with 2,000 kilos (4,409 pounds) of cocaine. As serious as the charges against him were, prosecutors often spoke of his skills with admiration, comparing his smuggling system to Henry Ford’s automated assembly line.

Lehder revolutionized drug smuggling in the late 1970s. He bought a small island in the Bahamas called Norman’s Cay, just 340 kilometers (211 miles) off the Florida coast, bribed Bahamian authorities and began transporting tons of white Colombian snow to the US in small airplanes. The planes flew low, escaping the view of watchful US authorities. The risky and far-less profitable method of having drug couriers carry cocaine on or in their bodies on commercial flights became a thing of the past.

But in the mid-1980s, the US finally got wise to Lehder’s transport routes and put an end to the party. From that moment on, his star began to fade with Escobar.

His trial in the US also signaled the start of new policy direction for Colombia: Lehder was the first drug smuggler the South American country had ever extradited to the US. Hundreds would follow.

Lehder claims he was promised that if he testified against Panama’s authoritarian ruler and drug boss Manuel Noriega, US officials would knock his sentence down to 30 years. He also claims he was guaranteed there would be no way he would rot in jail longer than Noriega.

Lehder agreed, but his sentence was only reduced to 55 years, while the former Panamanian president was extradited to France in 2010 and spent the last weeks of his life under house arrest in Panama before dying of cancer in 2017.

A neo-Nazi and a Beatles fan

It’s said that Lehder was the only Colombian drug boss with more fans than employees. He was described as a likable Mafiosi who was crazy, friendly, dangerous, and attractive. In a letter to Colombia’s former President Juan Manuel Santos, he even bragged that drug smugglers had been visionaries that succeeded where millions of chemists had failed: in turning a kilo of coca leaves into a kilo of gold.

Lehder admired John Lennon and even had a sculpture of the Beatle — nude, with a guitar in hand and a Nazi helmet on his head — cast in bronze and installed in his hometown. He also admired Adolf Hitler and constantly railed against Jews, just like his father Wilhelm, an engineer who emigrated to Colombia before the start of the Second World War.

He also loved Coca-Cola, calling it the “only good thing about imperialism.” He constantly smoked marijuana, the “peoples’ drug,” while describing the cocaine he sold as a way “to tear the money out of rich people’s pockets and to destroy the US’ decadent society.” And he never failed to point out that, “terrorism is the atom bomb of the poor.”

Now, at 70, Lehder is in Germany, but the days of sex, drugs and rock’n’roll are definitively over for Crazy Charlie.

The wild, impulsive and unpredictable Lehder is said to be critically ill.

The article was originally published at DW.com. 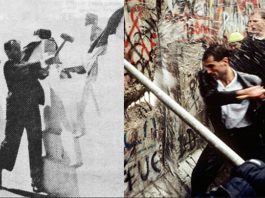 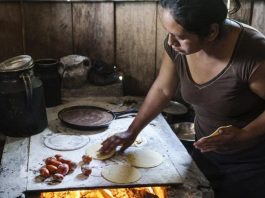 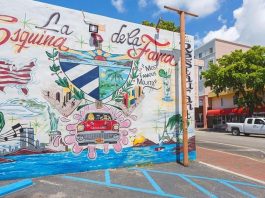 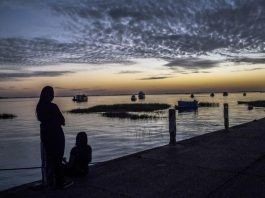 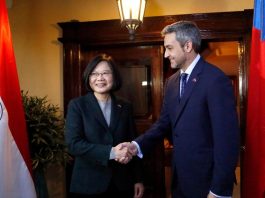 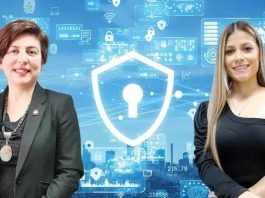