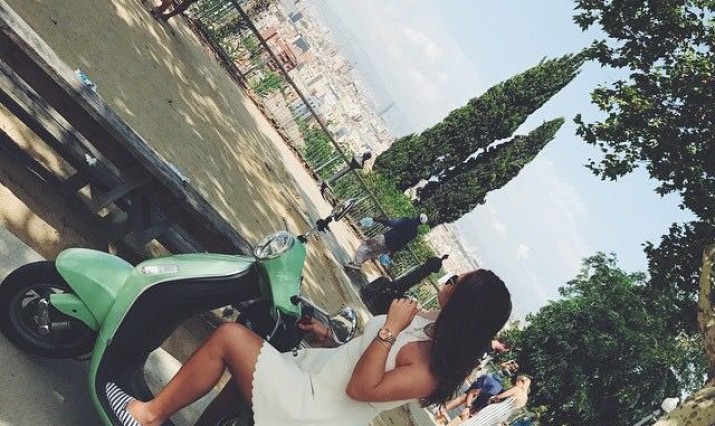 Since the Italians began to immigrate, they have made contributions to many aspects of Costa Rican life. Their influence on the Costa Ricans began much earlier than the influx of Italian immigrants.

Here are some of the things that we take for granted in everyday life that were first introduced by the Italians.

Newspapers are a regular part of daily life and one of the most common ways that people keep up to date with what is happening in the local area and around the world. The first ever newspaper was published in Venice in 1556.

Pizza is now one of the most popular takeouts or fast food options in America. It is also a dish many people cook at home and is often included on menus in restaurants. Pizzas have a long history in Italy and it was the Italians who introduced this food to America.

Jeans are commonly recognized as part of American culture and fashion. However, it was the Italians who first invented denim in the 17th century in Genoa.

A wonderful way to relax, the jacuzzi was invented by an Italian called Candido Jacuzzi in 1949. Although people use these for pleasure purposes now, the original purpose was for therapeutic reasons as Jacuzzi’s son suffered from rheumatoid arthritis.

Batteries are something that we need to make many household appliances, gadgets and toys work. They are something that everyone takes for granted. Italian physicist Alessandro Volta built and described the first electrochemical battery, the voltaic pile, in 1800.

You can barely walk a full block without passing a coffee shop or café that serves espressos. Don’t call it an ‘express’, that’s a term used in Costa Rica for home delivery. The first machine for making espresso was built and patented in 1884 by Angelo Moriondo of Turin, Italy. An improved design was patented on April 28, 1903, by Luigi Bezzera.

Evern wonder how the women (and some men) in Costa Rica keep their rear ends well toned? Liposuction, or simply lipo, maybe? The invention of modern liposuction procedure is linked to the name of two Italian gynecologists, Arpad and Giorgio Fischer, who created the blunt tunneling method in 1974.

Before television there was the radio. Yes, really. The device developed as a communication medium by Guglielmo Marconi, gaining a patent on the system in 1896.

Costa Ricans love their shopping malls. Chiefly a North American term for a form of shopping center, one of the earliest examples of public shopping areas comes from ancient Rome, in forums where shopping markets were located.

Practical, fast and economical, the two ‘motoscooter’ is the only way of getting around San Jose these days. The Vespa has evolved from a single model motor scooter manufactured in 1946 by Piaggio & Co. of Pontedera, Italy to a full line of scooters.