12 Dead, 18 Injured As Bus Goes Over Cliff In Cariblanco 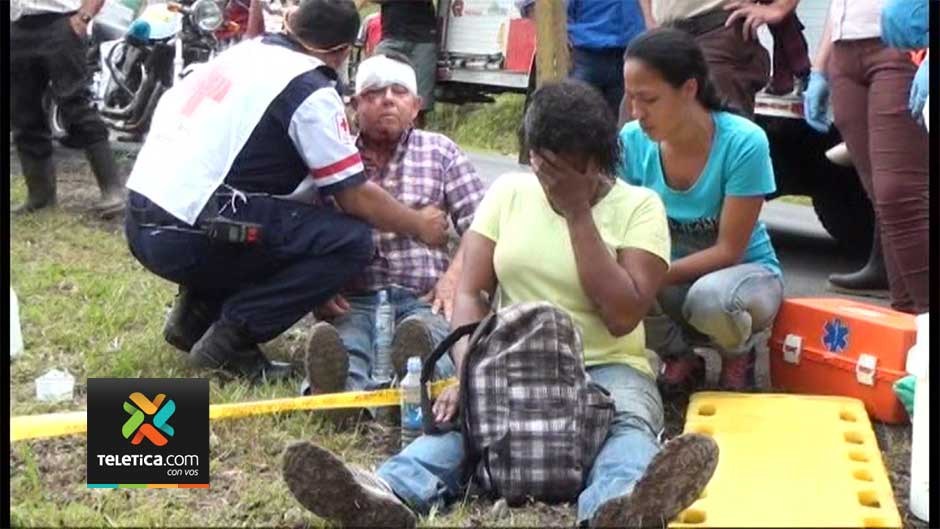 Twelve people died and 16 others suffere serious injury after the bus they were travelling fell more almost 30 metres over a cliff on the road to Nueva Cinchona, Alajuela.

Among the fatalities, five men and seven women, was the driver of the bus, identified by his last name Mora Vargas.

First responders said 11 of the victims died at the scene, while the twelfth, a woman died in the San Carlos hospital. Of the injured, 15 were in delicate condition at various hospitals, and three stable. 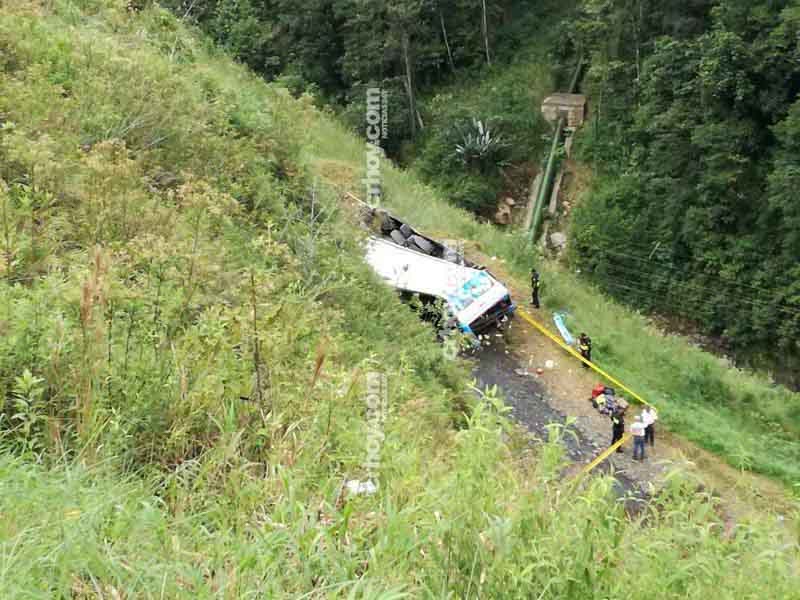 The accident occurred shortly after 9:00am this morning (Thursday) in the area of Cariblanco, on the road from the Poas volcano to Cinchona, that goes by the well known tourist spot, La Paz waterfall. 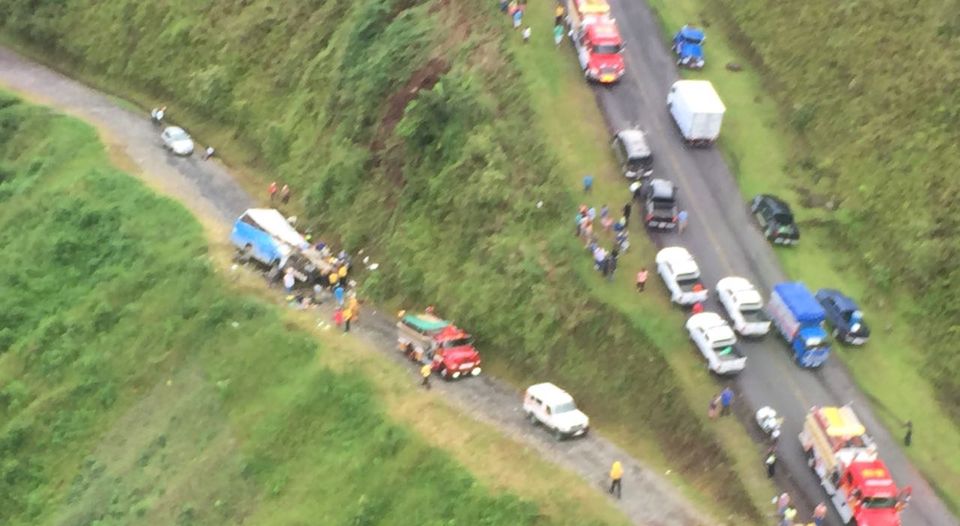 The Universidad Nacional (UNA) confirmed that among the passengers of the bus were a group of pensioners from their school, the University of Costa Rica (UCR) and of the National Technological University (TEC), headed to Guatuso, to a potluck in the Maleku indigenous reserve (Reserva Indígena Maleku). 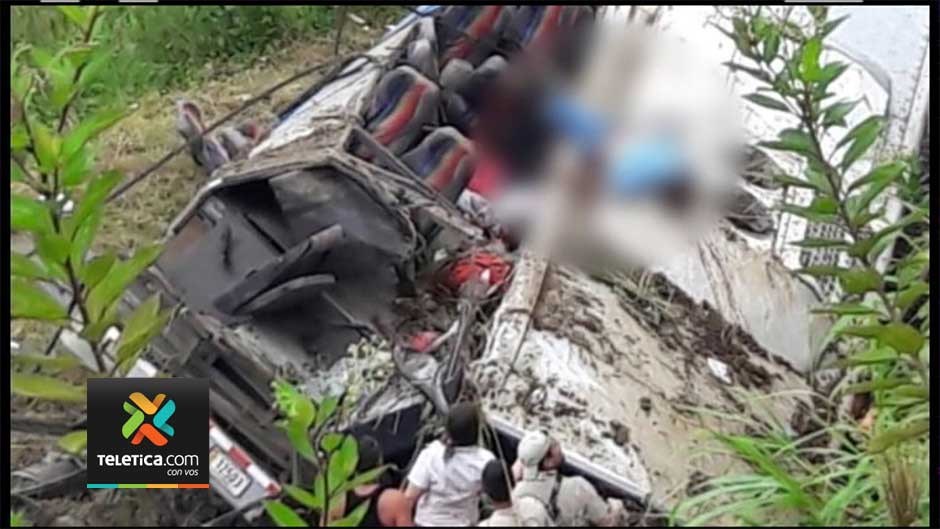 President Luis Guillermo Solis declared three days of mourning and flags at Casa Presidencial and other federal buildings to be flown at half mast.

The cause of the accident is yet unknown. Witness accounts told paramedics that moments before the crash, the driver was not able to engage engine compression to slow down the bus as it went down the steep hill, veered onto the oncoming lane and to avoid a head-on of collision lost control whe he swerved back to the right, and falling over the edge. Others added that the driver hit a storm drain, losing control before falling over. 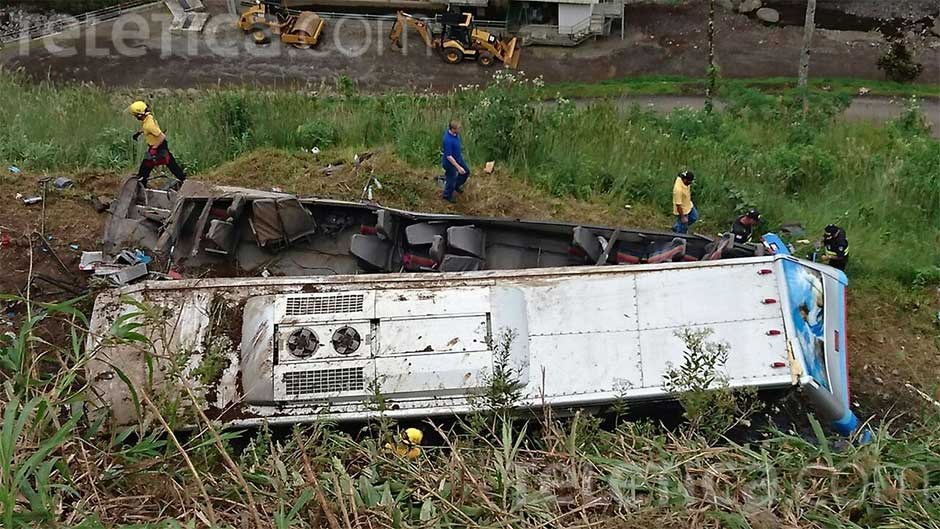 The transit police reported the vehicle (plate number SJB12503) had its registration and vehicular inspection (Riteve) in order. 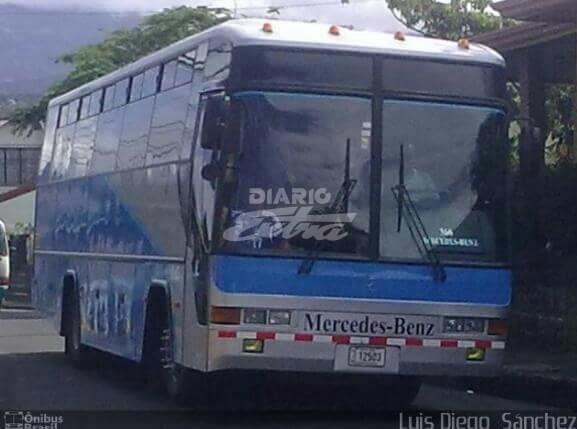 Investigators of the Organismo de Investigacion Judicial (OIJ) are theorizing the bus lost its steering system or a balljoing (rotula) breaking. A skid mark of approximately 100 metres (300 feet) was evidence of braking action, however, Yerson Acuña, the traffic official at the scene said many drivers find themselves with overheated brake pads in that section of the road, with their vehicle losing stopping ability. 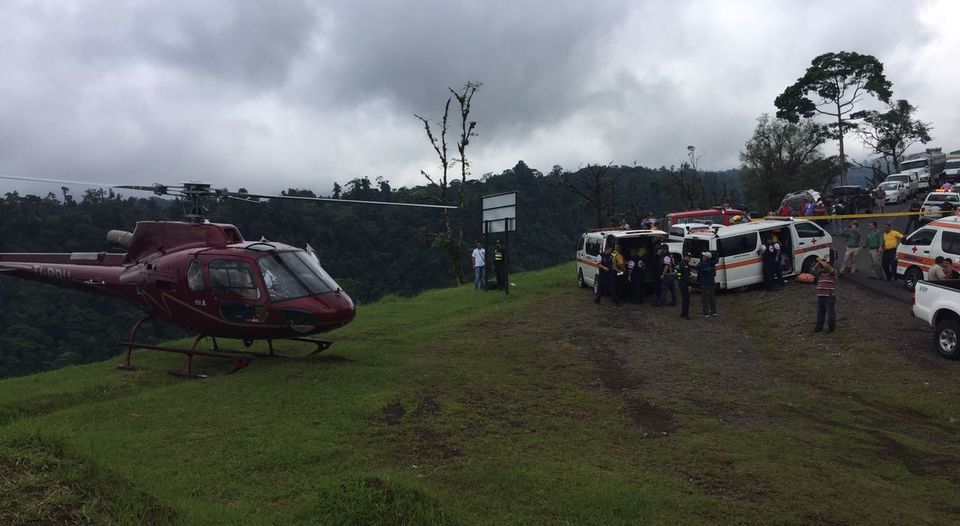 The death toll could have been much higher if it hadn’t been for luck the accident occurring on the same day that the Hospital Mexico, one of the main trauma centres in the Central Valley, was getting underway with a training program to deal with such emergencies.

Taking part in the program were doctors, nurses and medical transport, among others, including the three helicopters hired for the training day, that immediately cut the training to attend to the real emergency. 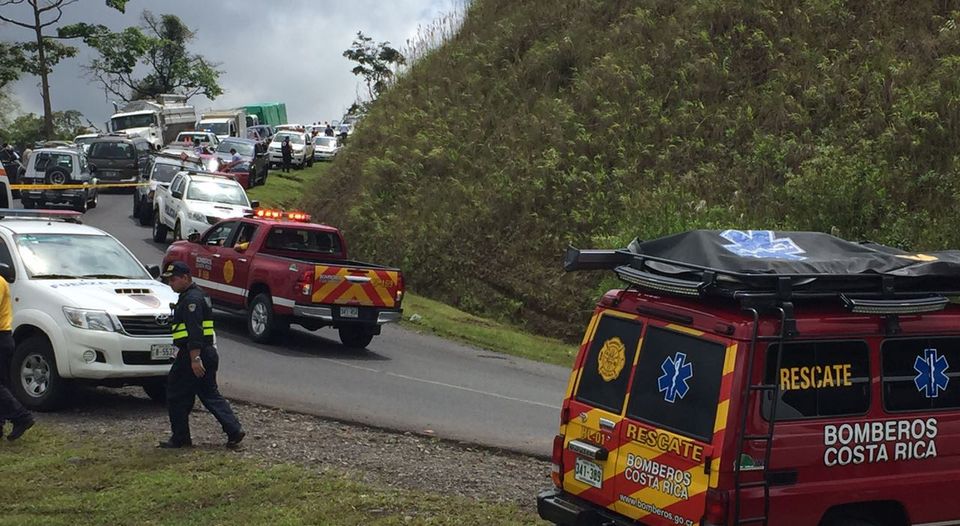