QCOSTARICA – In the early hours of Sunday morning the National Commission of Risk Prevention and Emergency Response (Comisión Nacional de Prevención de Riesgos y Atención de Emergencias – CNE) declared a red alert for the waters in Puntarenas because of the possible effect on human and marine health after a barge carrying 180 tons of ammonium nitrate capsized Saturday afternoon. 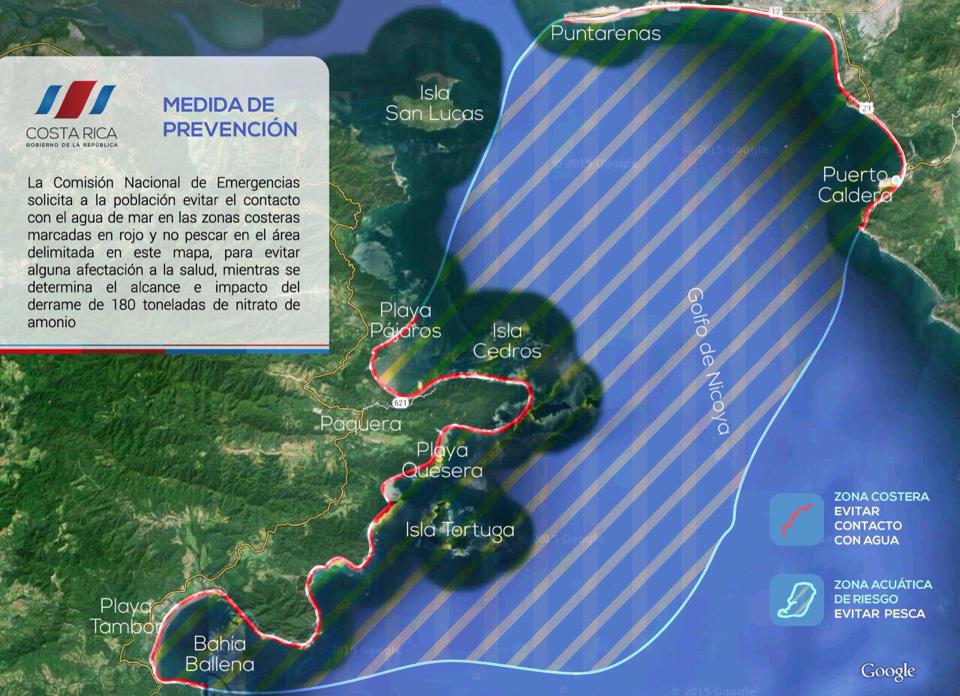 The alert ranges from the city of  Puntarenas to Bahía Ballena, Playa Pájaros (Paquera), Playa Tambor and the Golfo de Nicoya.

To prevent poisoning and other health risks, the CNE and the Ministries of Health, Communications and Environment and Energy, the National Animal Health Service and Incopesca, joined forces to ensure public safety.

“This measure was taken in order to prevent people from getting into the water and suffer health risks generated by this substance,” the CNE through social networks.

Authorities recommend people not to come into contact with the sea and stop fishing in the affected area, while the state institutions determine the impact and degree of risk by the contamination.

On the social media Sunday, many complained of the lack of early response, many saying the warnings came late Sunday morning. But, Miguel Madrigal, director of the Coast Guard, explained the alert went out to bathers and fishermen starting at 3:00am Sunday. 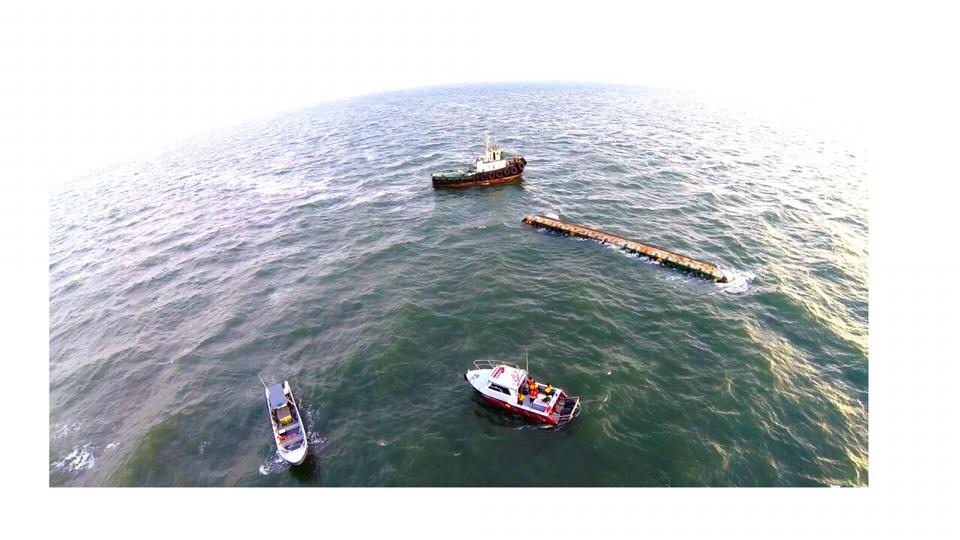 “Boats with megaphones have been going up and down beaches warning people,” said Madrigal.

According to Karal Villalobos, chemical engineer at the Universidad de Costa Rica (UCR) it can take up to three days for the chemical to dilute in the water.

On the positive side of the situation, Carlos Solis, chief of Emergency at Monseñor Sanabria hospital in Puntarenas said a team of health workers are alert , but as of this morning (Monday) no cases have been received. 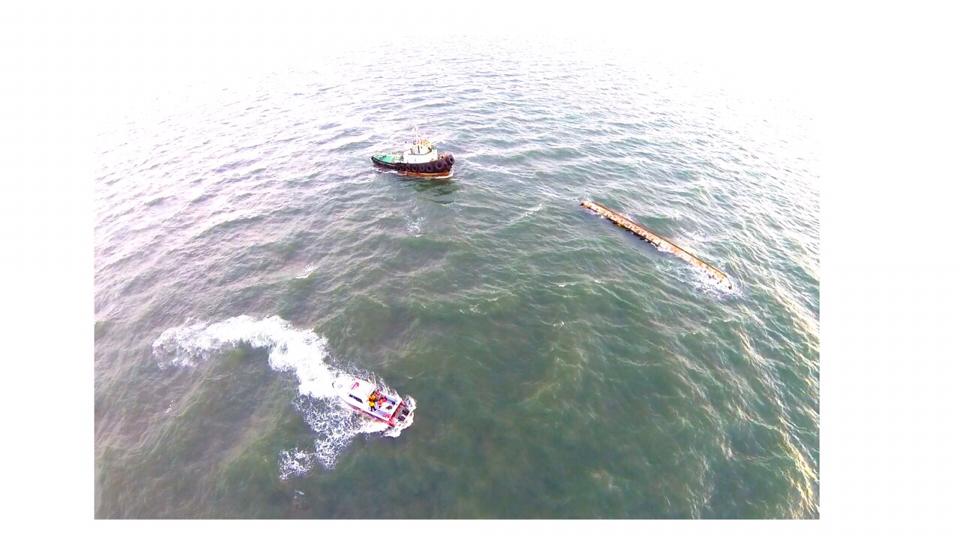 The question today include what was barge, owned by Fertica, a Puntarenas company specializing in agro products, including fertilizers, doing out there, and did it have the required permits?

Enrique Carballo, captain of the barge, said the barge capsized 150 metres from the coast, after making five trips to and from the ship, which is half a mile out at sea from the fertilizer company plant.

According to experts, the Caldera port is not equipped to handle the product  and is custom to use barges to load and unload ships. 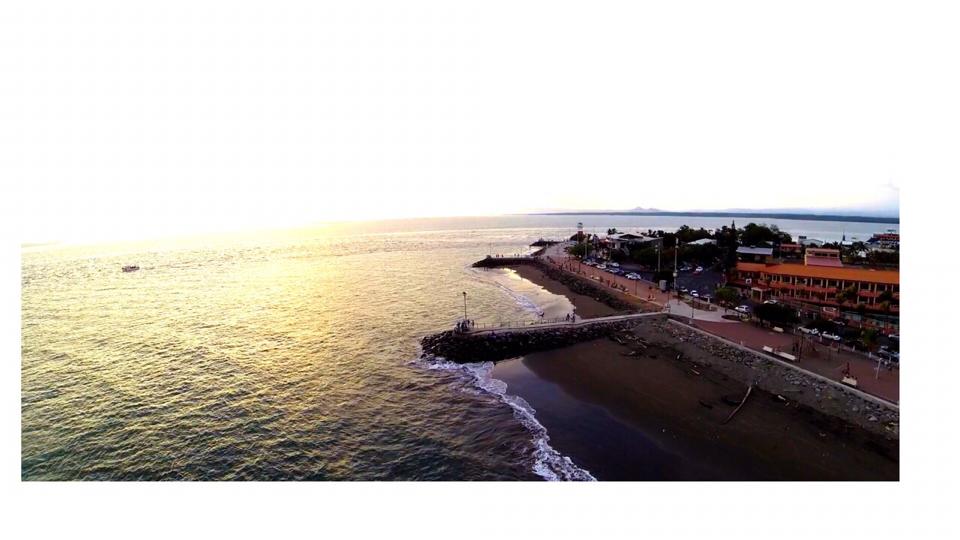 The captain blamed weather conditions for the capsizing. 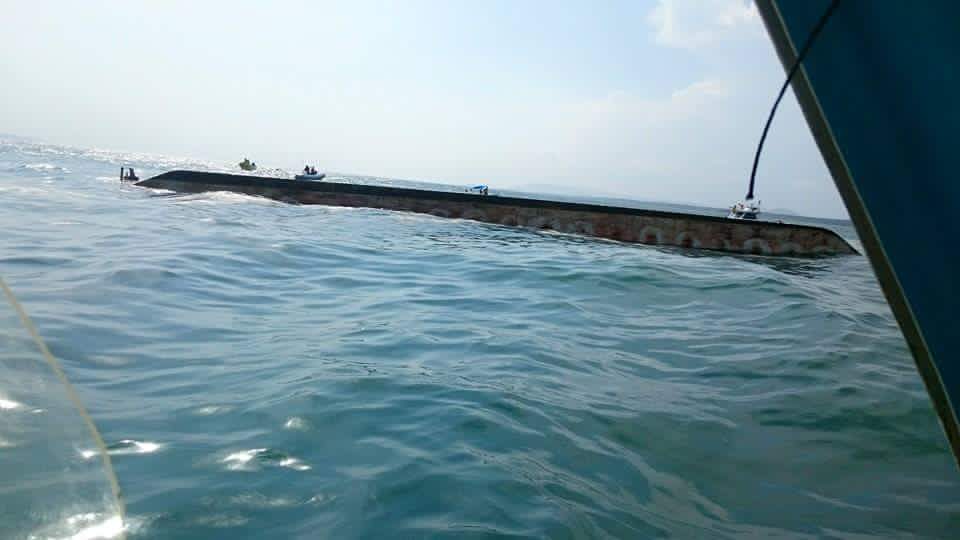 Bad weather is also being blamed for the capsizing of the tour boat Pura Vida Princess, near Playa Herradura, south of Puntarenas, causing the death of three tourists in January of this year.