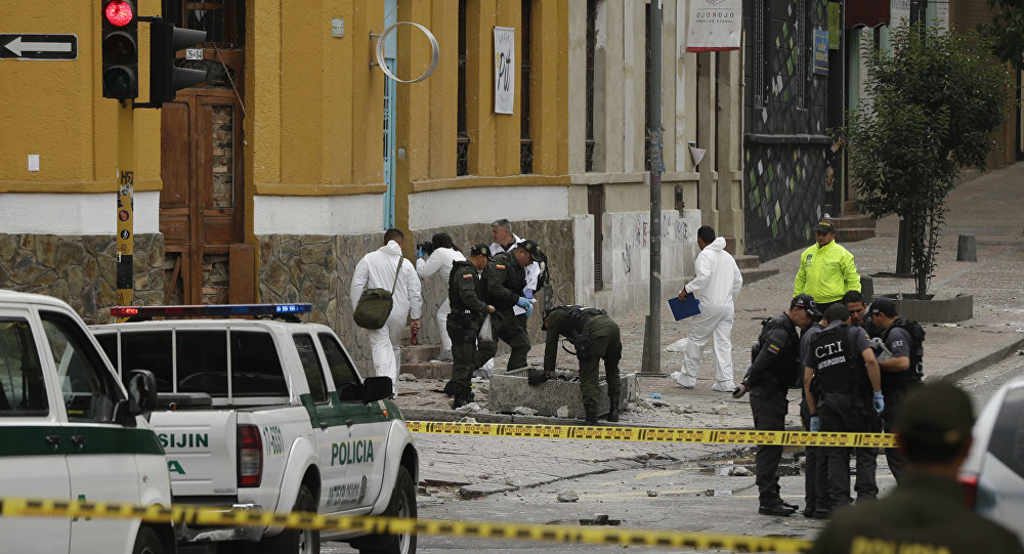 “Unfortunately, the preliminary toll is 21 people dead, including the person responsible for the incident, and 68 wounded”, the police said in a statement, adding that 58 of those injured had been discharged from hospital.

Earlier in the day, citing local police, that at least nine people were killed and 54 were injured on Thursday by a car bomb that went off in a police school in the Colombian capital of Bogota, AP news agency reported citing police.

This comes after Penalosa said earlier that five people died and ten other people were injured.

The explosion took place early in the morning before the start of graduation ceremony and left 10 people injured.

Earlier, witnesses had told the AP news agency said they heard a loud explosion which shattered windows in buildings in close proximity to the General Santander police academy.

Reacting to the reports, Colombian President Iván Dugue wrote on Twitter that he immediately returned to Bogota and was going to the scene. Previously, the president had plans to hold a meeting of the Security Council in Choco on Thursday.

“To honor their memory, we have announced three-day national mourning,” Duque said in a televised address to the nation. The president also ordered to tighten security measures at the country’s border and routes leading to cities.

Duque also called on Colombians to unite against terrorism and asked them to support the investigation into the attack.

Duque said authorities had identified the perpetrator on the day of the attack and were eager to bring the people connected to the terror act to justice.

The president pledged to boost the fight against criminal gangs.