215 New Motorcycles A Day Are Registered

(QCOSTARICA) Between January and June 2016 almost 39,000 new motorcycles were registered in the Costa Rica, which is 9% more than in the same period in 2015.

That translates into 215 new motorcycles every day or nine every hour, according to the national property registry, the Registro Nacional.

Congestion, lower prices and access to credit, are the contributing to the rapid growth in the number of motorcycles in the country, which translates into more revenue for the economy, but also a growing public health problem for the deaths and accidents associated with the motorcycle.

China is still the main market for most motorcycles imported into the country. In the first half of 2016 38.818 motorcycles were registered, mostly from China, the leading supplier of motorcycles in the country.  Industry estimates released by the association of motorcycle importers (Importadores de Motocicletas y Afines – AIMA)  projected the registration of more than 75,000 units by the end of 2016. 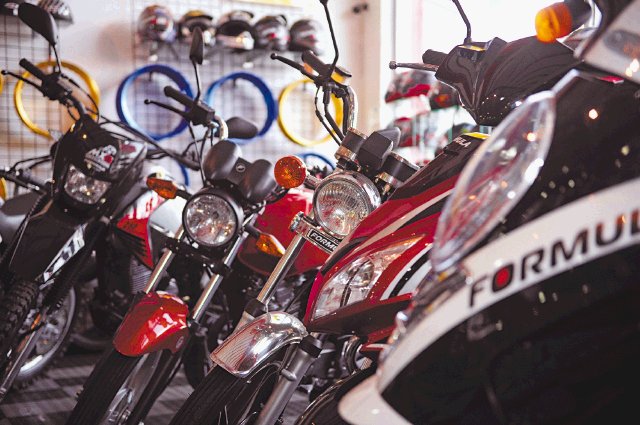 Competition. The motorcycle market is dominated by four brands, making up 54% (20,600 units) of  registrations in 2015. Freedom was the brand with the most registrations last year, however, for the first half of 2016, the Serpento (by Grupo Monge) moved it to second place. In third and fourth place are Honda and Formula for the latter period.

According to the Ministerio de Hacienda (Finance Ministry), 80% of all motorcycles arriving in Costa Rica in 2015 came from China. Five years ago it was 73%.

Carlos Federico Monge, director of Grupo Monge, told La Nacion , “motorcycles manufactured in China allow for sales of a good quality product at a better (lower) price, which has been key to competition in the sector.”

Motorcycles A Deadly. In the first quarter of 2016, 4.946 motorcyclists injured were treated at the Trauma Hospital. That figure is 738 more than in the same period in 2015.

During the first nine months of the year, more than 150 people died in a motorcycle accident, making it the deadliest vehicle.

In total, during this period, 326 people have died in traffic accidents, which means the motorcycle is involved in 46% of the accidents.

There are several factors contributing to the high incidents of injuries and fatalities, inexperience and compounded by the informality of the use the motorcycle.

And precisely because of lack of such permits is the reason for the accumulation of thousands of motorcycles in the patios (impound lots) of the Cosevi and the Ministry of Public Works and Transport (MOPT).

QCOSTARICA - The bridge located on the Ruta 27 in the...
Read more

Children under the age of 18 who are unvaccinated...