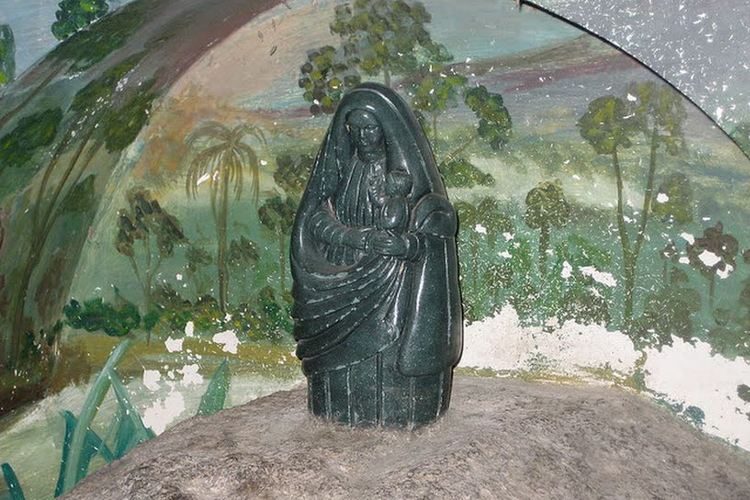 A replica of “La Negrita”, the Black Virgin, Costa Rica’s patron saint, is to be installed in the Vatican on a marble altar April 26, a day before canonization ceremonies for Popes John XXIII and John Paul II.

The petition was put forward by President Laura Chinchilla last November in her last visit to Rome.

The image will be enshrined in the Santa Anna Parish at the Vatican. The statue is also known as the Virgin of Ujarras and its replica is by artist Antonio Soto del Valle. Before the image is placed, Cardinal Argelo Comastri will perform a Mass at 9 a.m. Vatican time (5 p.m. in Costa Rica.) Several radio stations will carry the ceremony live in Costa Rica

According to tradition the Virgen de los Angeles is a small (less than a meter tall), probably indigenous, representation of the Virgin Mary found on this spot on August 2, 1635 by a native woman. As the story goes, when she tried to take the statuette with her, it miraculously reappeared twice back where she’d found it. The townspeople then built a shrine around her.

In 1824, the Virgin was declared Costa Rica’s patron saint. La Negrita now resides on a gold, jewel-studded platform at the main altar in the Nuestra Señora de los Angeles Basilica in Cartago. Each August 2, on the anniversary of the statuette’s miraculous discovery, pilgrims from every corner of the country (and beyond) walk the 22km from San José to the basilica. Many of the penitent complete the last few hundred meters of the pilgrimage on their knees. This basilica is equally visited by tourists and locals.