25 Protestors Arrested Outside Home of The President 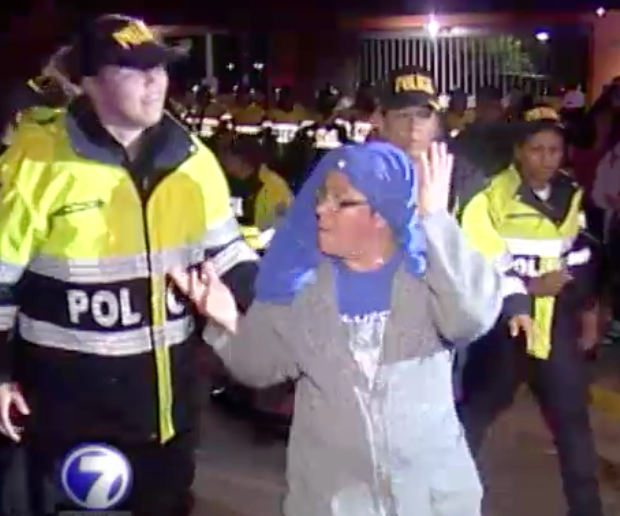 COSTA RICA NEWS =- What started out as vigil to demand President Luis Guillermo Solís for a housing solution for more than 200 families in Alajuelita, ended in the arrest of at least 25 people.

The group of Alajuelita residents arrived around 9:00pm Thursday night to camp out in front the gates of the home of President, in the condominium Villa Fontana, in Barrio Escalante.

The group demanded that Solís hear their complaints, the failure of his housing minister, Sonia Montero, not to amend Ley 59 of the national financial system’s allocation of state resources for decent housing.

Protestors told the television cameras that the President has been lied to by his Housing minister. “She (Sonia Montero) told us that we will not get their housing solution while she is minister,” said one protestor while being dragged off by police to a waiting paddy wagon.

Although the protest was “tranquilo” for most of the night, it was in the early morning hours when the situation heated up and police had to intervene. The reason for the high tension is unclear.

The group had protested, without incident, in front of the President’s home, last month, ending in a promise by the Housing minister, which the group now says has been retracted.

In Costa Rica, the President continues to live in his private home. In the case of Solís, it is a condo complex in an upper middle class neighbourhood near San Pedro mall, on San José’s east side.

For clarity, Casa Presidencial is government house, the seat of the current administration.

QCOSTARICA - Imagine your vehicle being devoured by a...
Panama