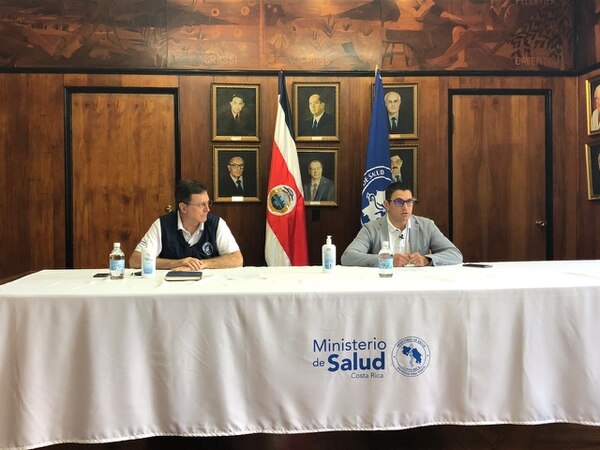 The Ministry of Health announced that starting Saturday, March 28, all establishments with sanitary permits – that is everything retail, restaurant, businesses that have direct attention to the public- must be closed from 8 pm on the weekends.

Businesses permitted to operate are supermarkets, supers and pulperias (corner grocery stores), as well as public and private health centers and any establishment that does not provide direct person to person contact with, such as home delivery of medications and food.

The restriction does not apply either to funeral homes or to institutions that, due to their nature, must remain open, such as the Immigration, Customs, State Phytosanitary services, land, sea, and air border posts.

The cases of new coronavirus in the country reached 295 confirmed this Saturday. These are people between one and 87 years of age.

According to the Ministry of Health report to date, these are 157 men and 138 women, of which 15 are currently interned in medical centers, six of these in intensive care. The ages of patients who have required hospitalization range from 36 to 66 years.

As of this Saturday, three people have recovered and the number of deaths remains at two. However, the minister insisted that there will be more deaths.

“It is unfortunate to say, but this number will continue to increase. If this number continues to rise in the following weeks, there will not be an opportunity for people who will be entering intensive care to give them the attention they deserve,” said the minister.

The CCSS president Roman Macaya reported that 52 health care workers have tested positive for the Covid-19, the majority working at the Alajuela hospital.

One of the major problems faced by authorities is that people are not staying home, on Friday and Saturday there was an increase in the number of cars on the roads and people on the streets.

“People are getting desperate, but now is not the time to get stressed, because this (the pandemic) is only starting. If we ignore staying in, it may not be ‘you” that may not have a respirator (if needed),” he said.

Minister Salas reiterated the concern of Costa Rica’s health system not being able to handle the capacity if the pandemic in the country gets out of control.

The Health Minister said that bar-restaurants that take advantage of this condition to maintain their bar activity, despite the ban, expose themselves to the risk that their permits will be suspended.

This week, the government of Carlos Alvarado will introduce two bills to modify fines for violations of the traffic law with respect to the mandatory countrywide vehicular restrictions and violation of the mandatory 14-day quarantine Health order.

As to traffic fines, the proposal will be to increase the fine from the current ¢23,000 to ¢107,000 colones for each infraction.

The proposed fine for violating a health order is one base salary, which is currently about ¢450,000 colones.

- Advertisement -
Paying the bills
Previous articleLove in the time of coronavirus: COVID-19 changes the game for online dating
Next articleAlarming. 616 drivers fined between Saturday and Sunday for violating vehicle restriction

QCOSTARICA - The new Surveillance Guideline for the COVID-19...
Indicators