The young boy had gone missing for more than two hours before he was found by a teen near a river.

“It was an instant, he opened the gate and disappeared,” the grandmother shaking told her story to the television cameras, after learning her 3-year-old grandson, who had been missing for some 2 hours, had been found and safe. 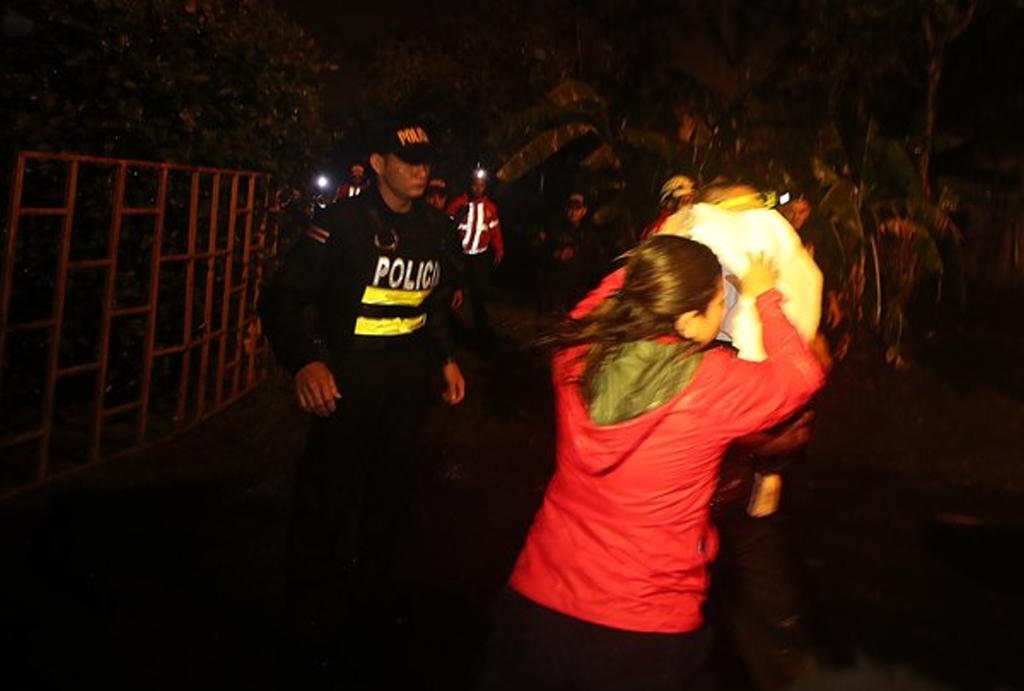 It was around 5:40 p.m. when Gabriel Carballo Figueroa went missing in the barrio Jesús Jiménez, in Tibas, after opening the ‘porton’. Gabriel’s grandmother said she was sure the gate was locked.

According to police, Gabriel was in the care of his grandmother while his mother was at work.

The community came to help. It was raining and dark by the time Gabriel was found by Vianey Muñoz, a teenager who decided to head into the ‘cafetal’ (coffee plantation) that leads to the nearby river.

“The most complicated part is that it was muddy and raining, the danger was that if it rained a lot, there was a risk of falling on a slope, I saw him when I looked down, he was trembling and was calling for his mother and his grandmother. It was barely 25 meters froa m slope. I was wearing a cape and I wrapped him in it. The boy was bruised because apparently he rolled down (the hill)”, explained Vianey.

The young boy was immediately handed over to waiting paramedics. Gabriel was suffering from hypothermia and was immediately taken to the Children’s hospital in San Jose, where he is recovering.

QCOSTARICA - Without an appointment or arriving ahead of time or...
Read more

QCOSTARICA - A 5.7 magnitude earthquake, with its epicenter in San...
Read more

Today, Thursday, June 10, only ODDS can circulate. The measure is countrywide and applied between 5:00 am and 9:00 pm, save for those under the...
Environment

QCOSTARICA - Despite the improvement in tourist arrivals reported in May, with more than 72,000 visitors, both the Cámara Nacional de Turismo (Canatur) and...
Business