QCOSTARICA by Wilberth Villalobos, Vozdeguanacaste.com – It is the time when people travel and the Daniel Oduber International Airport terminal in Liberia doesn’t have room for so many people since more than 3,000 tourists arrive per day looking for a pura vida style vacation in Guanacaste.

Hernan Juarez, a civil aviation official at the airport, said the runway operates nonstop during this time period at the beginning of the year, especially during weekends, because many airlines have arrivals at the same time, causing long lines and flooding customs and immigration services.

“We are working with about 3000 passengers daily. It gets very crowded both in the lobby and at the boarding gate. We have tried to relieve overcrowding during peak hours, which has been one of the problems with this terminal. Almost all of the airlines try to arrive between 10 a.m. and 2 p.m. so then there is an build-up of operations during that period, leaving other hours free. We have tried to manage this type of [empty] slots so they can be covered and thus relieve overcrowding during peak hours,” said Juarez.

In addition, Juarez stated that on peak days, about eight immigration officers work, in addition to five airport security officers. However, even with these reinforcements, the service gets backed up at those times.

“On peak days, the immigration police work with about eight officers. And the airport security people have an agreement with them, which gives them five security officers and they still can’t keep pace,” he said.

Juarez reported that they are waiting for new immigration police positions to be opened by the government in 2016 to thereby handle the personnel shortage. 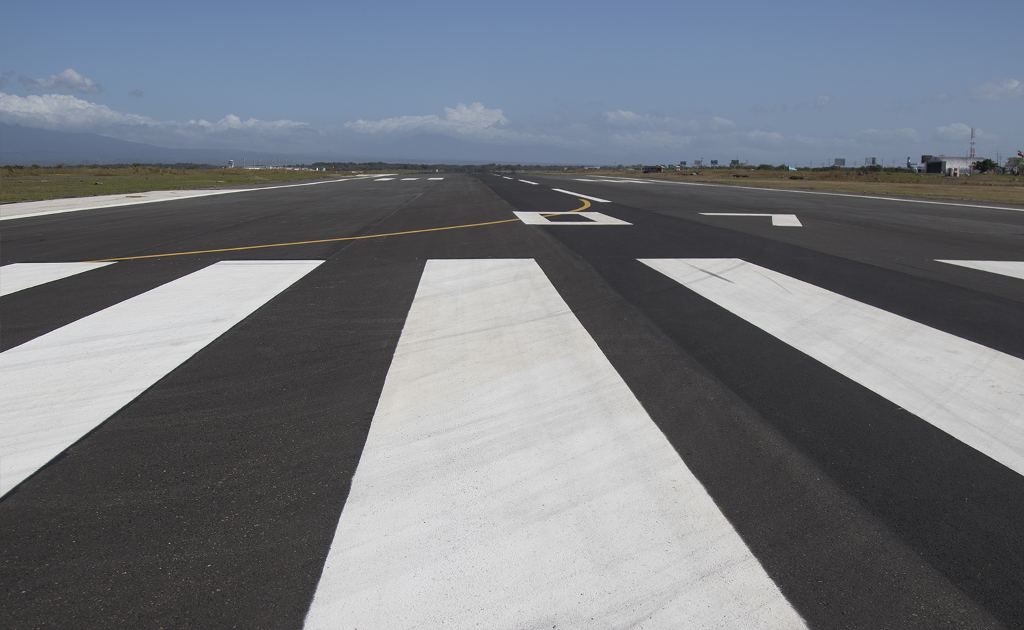 With so many tourists coming to Guanacaste, the Technical Council of Civil Aviation (CETAC- Consejo Técnico de Aviación Civil) has been making improvements to the Liberia airport since mid-2015.

The tarmac surface was improved, they finished painting horizontal lines on the landing strip and invested in the parking area of the bridge of landing strip 3 due to a collapse.

Also, the Costa Rican Oil Refinery (RECOPE- Refinadora Costarricense de Petoleo) started building a tank to store 5,000 barrels of A-1 jet fuel on land adjacent to the air terminal in order to provide more convenient services to aviation in general.

The work continues in 2016. According to Juarez, they have to continue with resurfacing the remaining part of the runway, measuring 2750 meters (3000 yards), and they will do work on 2100 meters (2300 yards) of runway.

Additionally, they are planning to widen the runway to 300 meters (984 feet).

Currently the airport runway has parking for 9 aircraft, of which 4 have landing bridges, according to Civil Aviation data.

- Advertisement -
Paying the bills
Previous articleDance of the Little Devils: Costa Rican Tribesmen Re-enact Battle Between Ancestors and Spanish Conquistadors
Next articleI Swam with a Horse in La Cruz in Guanacaste

QCOSTARICA - Thursday morning, in an act full of...
News