“I took a big jump”, were the words describing the first tremor to hit Costa Rica Wednesday night. “Uyyy volvió a temblar (it shook again)”, was the reaction to the aftershocks. 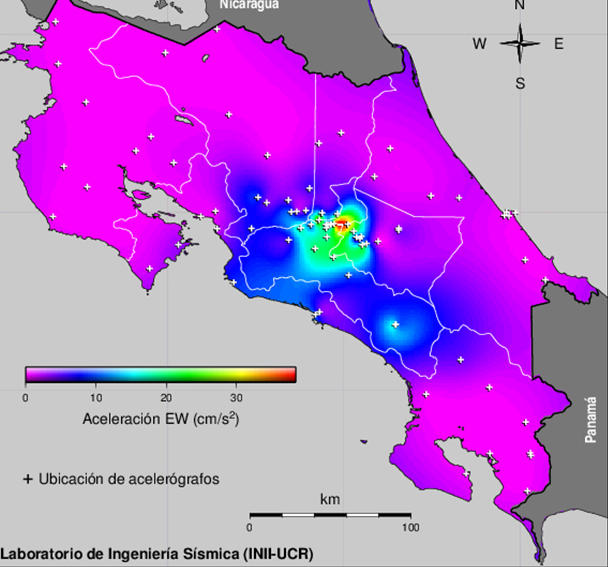 The USGS records both at 4.3. The Volcanological and Seismological Observatory of Costa Rica  (OVISCORI) at 4.9.

The RSN-UCR reports the epicentre of the quake was 9 kilometres north of  Quepos, in the Cental Pacific coast (9.507°N -84.15°W) –  near Quepos and the popular tourist destination of Manual Antonio, at  depth of 32.1 km.

Reports say the tremor was felt for about 10 seconds and right across the country, including the Central Valley (San José).

No damage or injury has been reported.