Four drivers have already broken in the new fine for violating the extended vehicle restriction that began to apply Friday (April 3) night at 5:00 pm.

According to the Ministry of Security, form 5:00 pm Friday to 5:00 am Saturday 789 drivers were fined for violating the vehicular restriction: 785 got away with the old fine of ¢23,000 colones, the other four got the jackpot prize (ticket) of ¢107,000 colones (¢110,400 with costs). The report did not indicate if the plates or vehicles were seized.

You can bet that starting at 5:00 pm today, Saturday, April 4, all will get the new fine, points and have their plates or vehicle seized.

In addition, the Fuerza Publica (national police) reports that 4 drivers were arrested for driving intoxicated and 888 tickets were issued for other traffic violations.

In Costa Rica, getting stopped on one traffic violation does not exclude getting a ticket for other violations.

For example, a driver stopped for violating the restriction could also be ticketed for not having their driver’s license on hand, driving with an expired license, not having the Marchamo, Riteve current or the vehicle’s documentation, driving under the influence and so on. The traffic official can keep on piling it on.

Remember, the vehicular restrictions – daytime, from 5 am to 5 pm, the restriction is based on the last digits of the license plate; at night, from 5 pm to 5 am – are in place until 11:50 pm April 12. 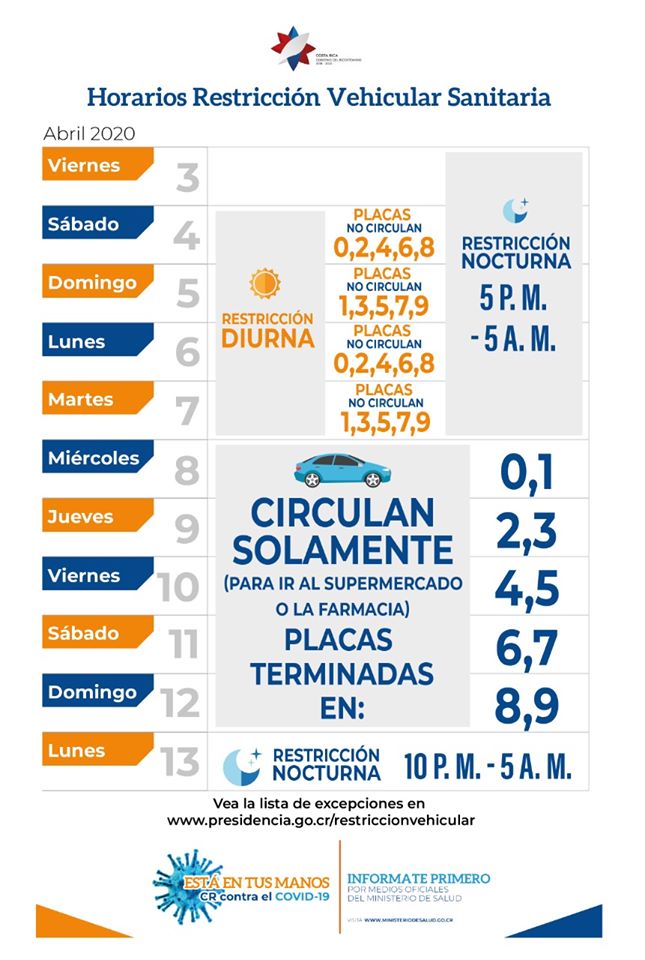 The restrictions for Semana Santa are countrywide. 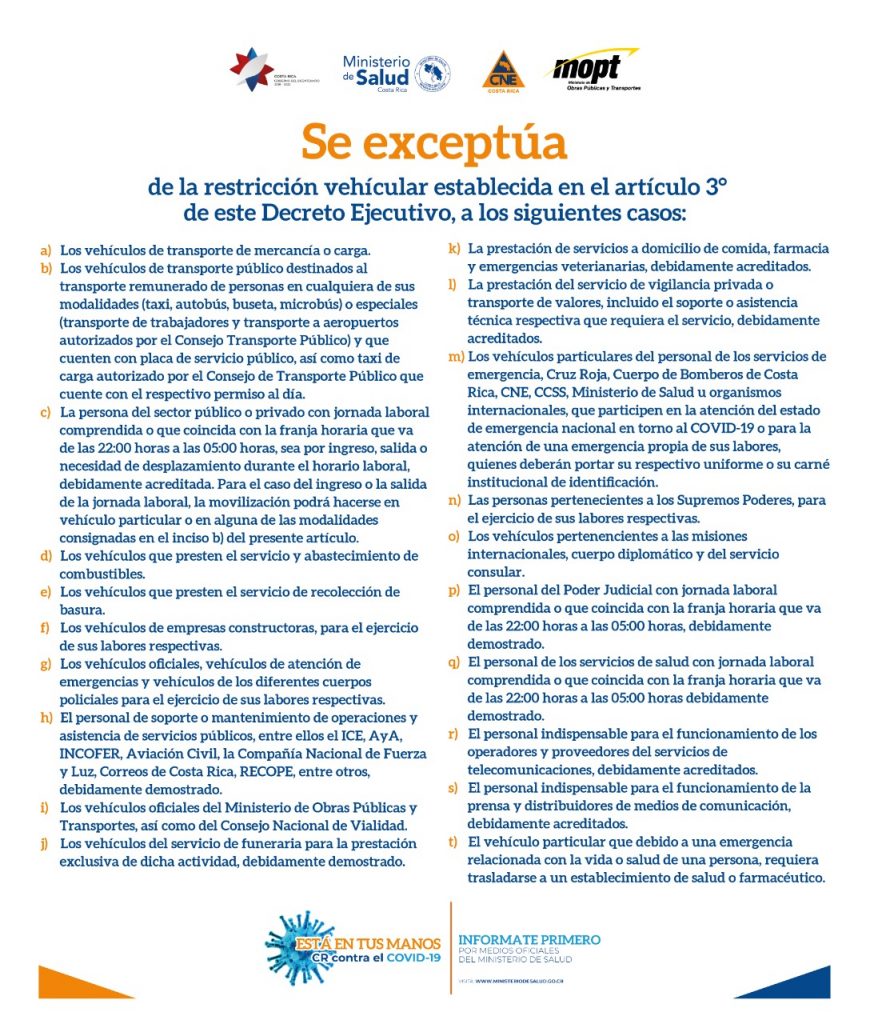 Don’t drive unless you really have to.

Return of plates and vehicles frozen for Semana Santa

QCOSTARICA - It's Semana Santa, sorry we're closed. That is what...
Read more