In homicides, the country is already encountering an epidemic with an unprecedented 579 murders in 2017 (to December 30) 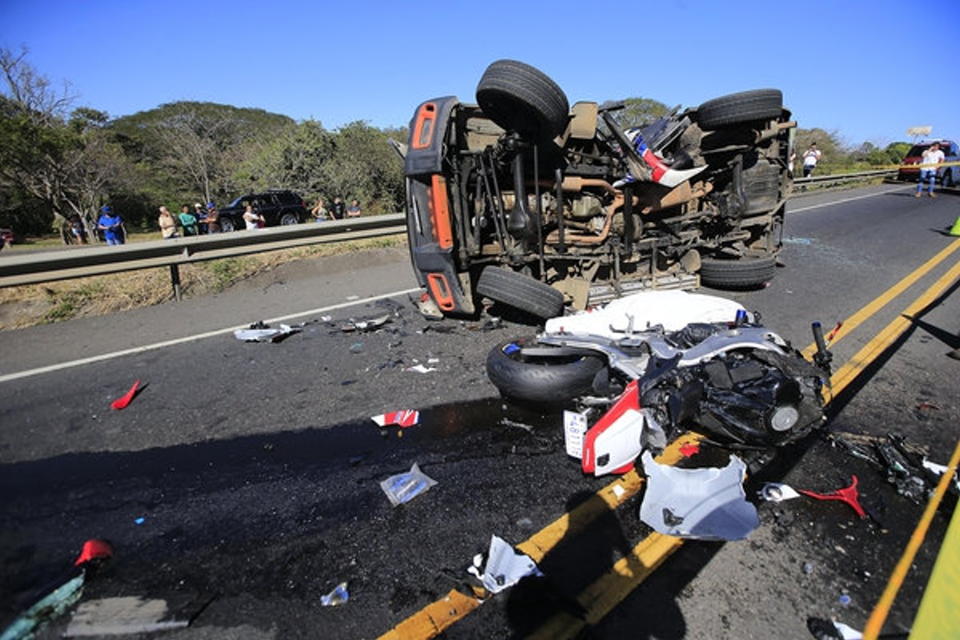 QCOSTARICA - The emergency due to the rains that...
Read more

QCOSTARICA - In less than 24 hours some parts...
Read more

UPDATED 8:00pm – The number of road fatalities rose by 5 this Sunday, bringing the total for the year (so far) to 457, surpassing the 456 recorded in 2016. Among the victims this Sunday are four motorcyclists losing their lives in three separate accidents Sunday morning, in Cañas, Pococi and San Carlos.

Authorities at the Policia de Transito (Traffic Police) are calling it an epidemic: as of December 30, a total of 452 people died in traffic accidents this year, the second consecutive year with such high numbers. With one day to go, the final number could be close or even surpass last year’s 456 traffic accident deaths.

In the last five years, almost 2,000 people have died in traffic accidents in the country.

The mortality rate due to road accidents went from 5.39 per 100,000 inhabitants to 9.16, between 2013 and 2016, but this figure takes into account only those who died at the scene of an accident and not those who die in hospitals or clinics following the crash. When taking all the traffic accident related deaths, the real number is much greater.

An epidemic is considered when the mortality rate reaches 10 per 100,000 inhabitants.

In homicides, the country is already encountering an epidemic with an unprecedented 579 murders in 2017 (to December 30), a rate over 11 per 100,000 inhabitants.

Sonia Monge, deputy director of the Policia de Transito, lamented that road deaths was not reduced this year the campaigns launched by the government, and the integration of municipalities in controlling traffic.

For Monge the lack of respect for the rules of the road is a primary cause of the deaths on the roads.

According to figures by the Policia de Transito, the number of deaths per year:

- Advertisement -
Paying the bills
Previous articleA Wet and Windy Dec. 31 Expected For The Northen Zone And Caribbean
Next articleStrongs Winds Possible Cause Of Plane Crash That Left 12 Dead In Guanacaste

QCOSTARICA - The emergency due to the rains that have occurred...
Read more

QCOSTARICA - In less than 24 hours some parts of the...
Read more

Q24N - The death rate from COVID-19 in the...
Greater Metropolitan Area