47% Of Pregnancies in Costa Rica Are Unintended

One of the concerns that exists today in Costa Rica, according to Oscar Valverde, reproductive health officer of the United Nationals Population Fund (UNFPA), is that 47% of Costa Rican women are having unintended pregnancies and 11.7% do not have adequate access to contraceptives. 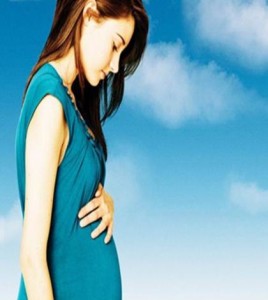 The UNFPA includes the statistics in its World Population 2012 report.

The report also reveals that some 222 million women worldwide do not have the right to family planning.

According to the report, at the end of 2012 were will be about 80 million unintended pregnancies among women living in developing countries. The report warns that about half of these pregnancies will end in abortion.

In Latin America and the Caribbean, for example, unsafe abortions result in over 1.000 deaths and 500.000 hospitalizations of women.

QCOSTARICA - Friday night, Costa Rica paid tribute to the memory of all the people who have lost their lives due to the pandemic...
World

Q REPORTS - The former leader of the Soviet Union and 1990 Nobel Peace Prize winner, Mikhail Gorbachev, who has been self-isolating to protect...
News

QCOSTARICA  - Twenty eight Costa Rican's are lining up who want the position that Carlos Alvarado when he leaves office on May 8, 2022,...
Heredia

QCOSTARICA - Despite losing their home entirely in December, a Heredia received electricity bills from the Heredia Public Service Company (ESPH) for January and...
Immigration

UPDATED: The DGME confirmed that anyone entering the country on or after December 17, 2019, will be allowed to legally stay until June 1st,...
Nicaragua

TODAY COSTA RICA - Before the Office of the Comptroller General (CGR), the rate agreed by the Municipality of the canton of San Carlos...