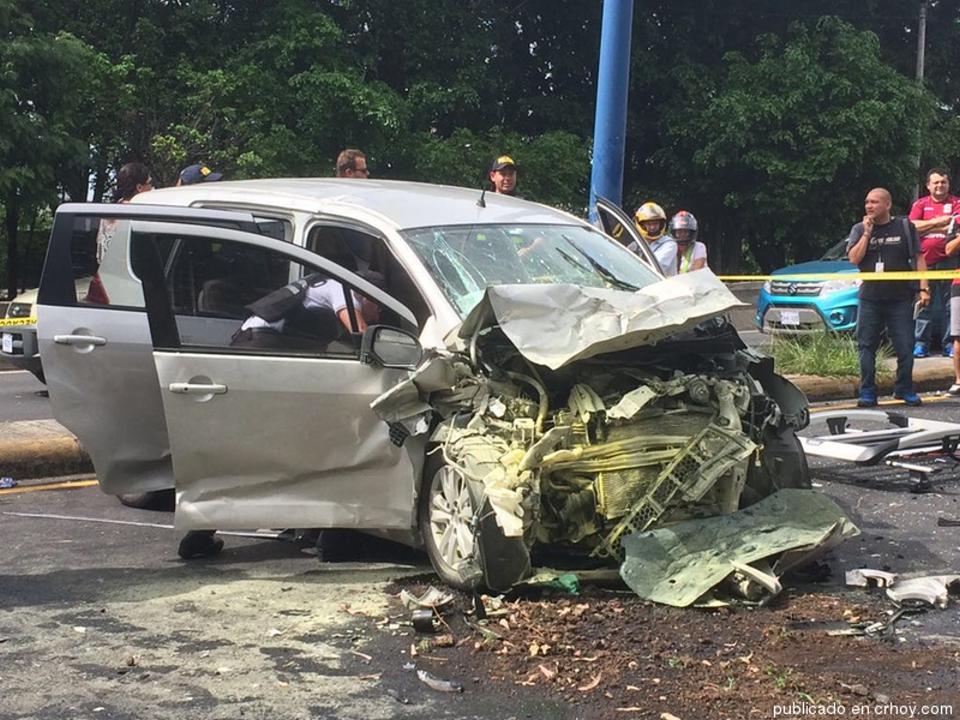 (QCOSTARICA) A total of five vehicles were involved in a multiple collision Sunday afternoon, in the area of the Parque de la Paz, in Desamparados, on the south side of the capital city.

Given the extend of the damage to some of the vehicle, fortunately there were no fatalities. 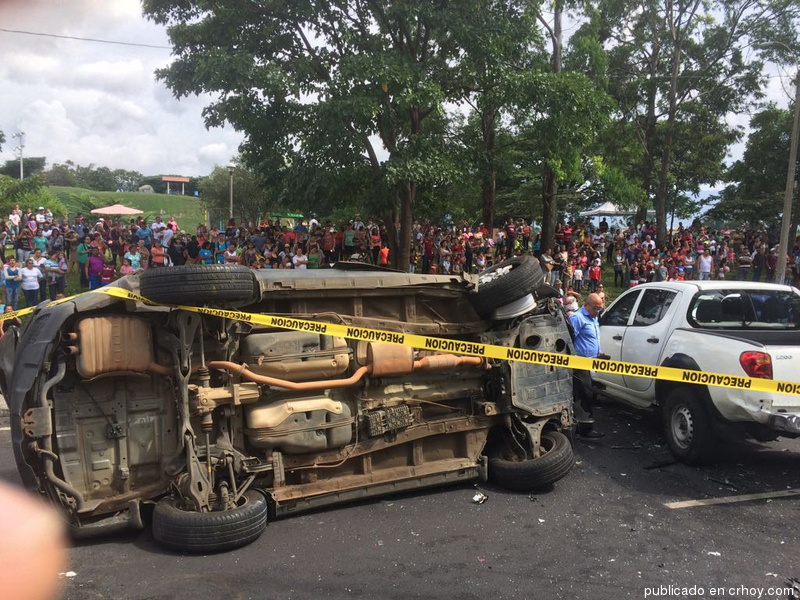 The accident occurred about 2:00pm. The weather was clear, no rain in the area.

Firefighters at the scene of the accident ruled out the initial report of one of the vehicles catching fire.

All eight people, including a minor, involved in the accident were treated by paramedics of the Cruz Roja (Red Cross); two were transferred to the nearby San Juan de Dios hospital in “yellow” condition, that is the injuries were not life threatening. 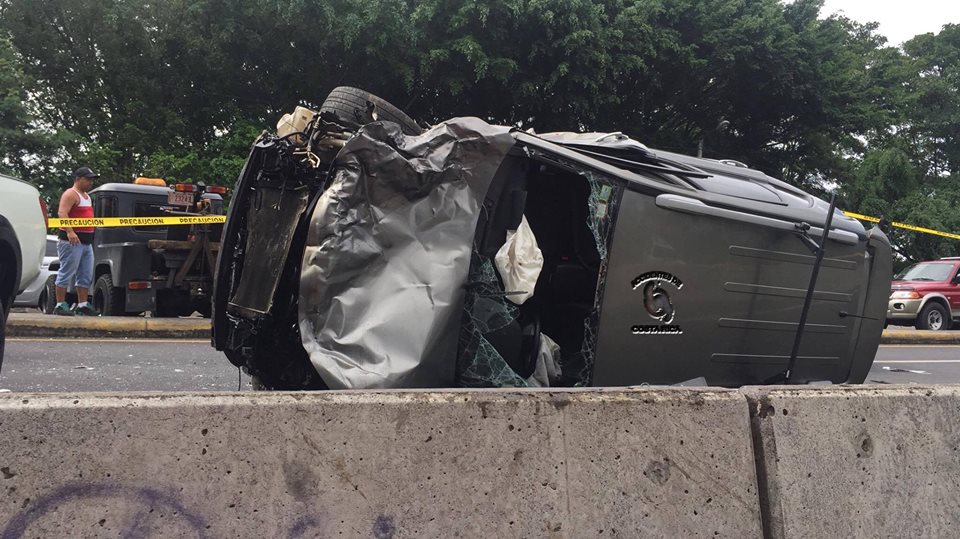 The collision occurred just metres away from the pedestrian overpass connecting the two side of the public park, on the Circunvalacion, west of the Desamparados intersection.

Traffic officials began a search of the driver responsible for the accident, fleeing the scene. According to traffic police report, witnesses said driver hit a vehicle, sending in the opposing lanes, causing the chain reaction. 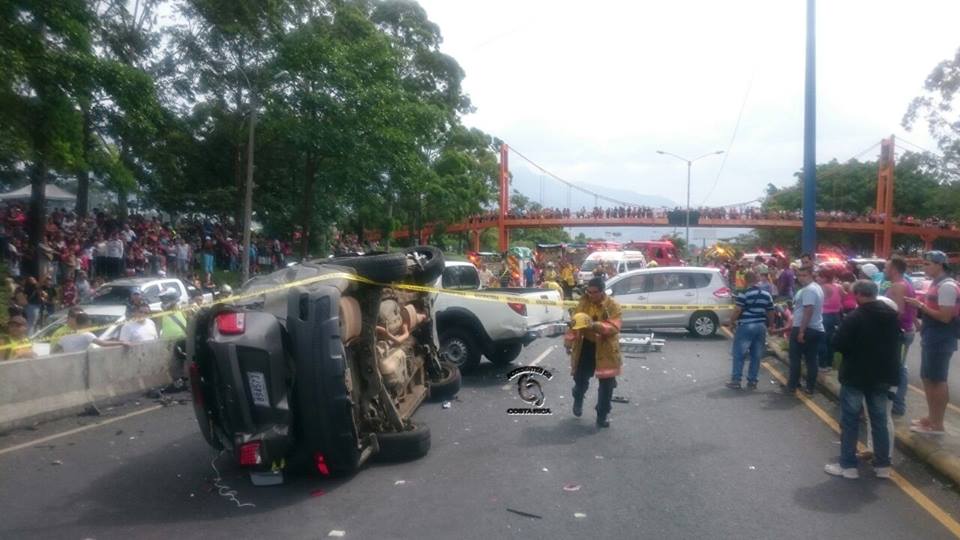 Watch the video from Crhoy.com.

For a roundup of accidents happening around the country, visit Accidentes de Costa Rica. 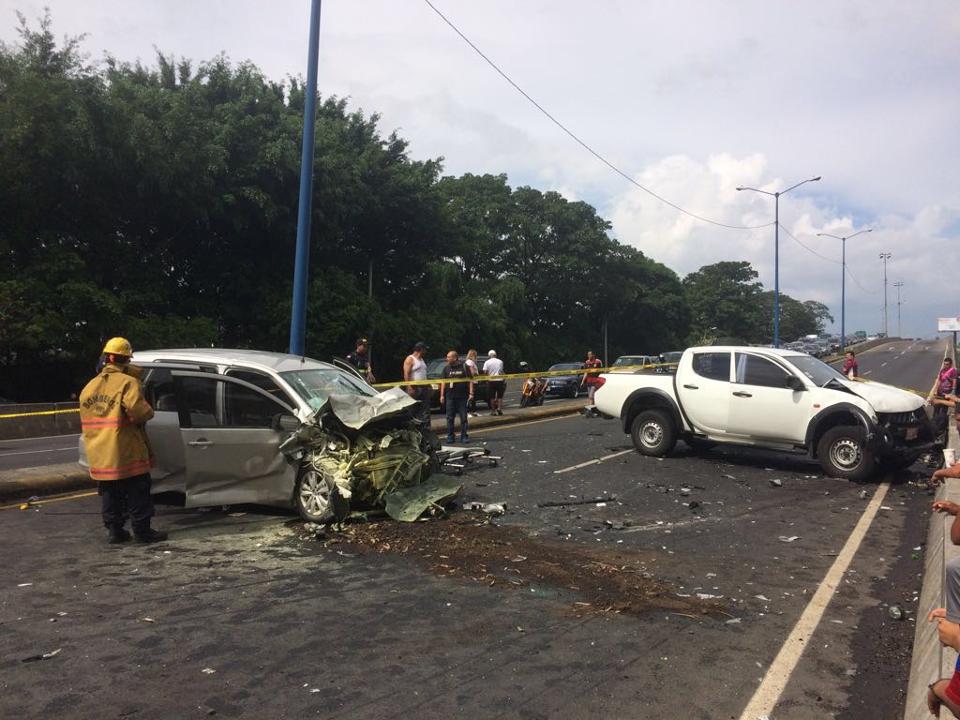 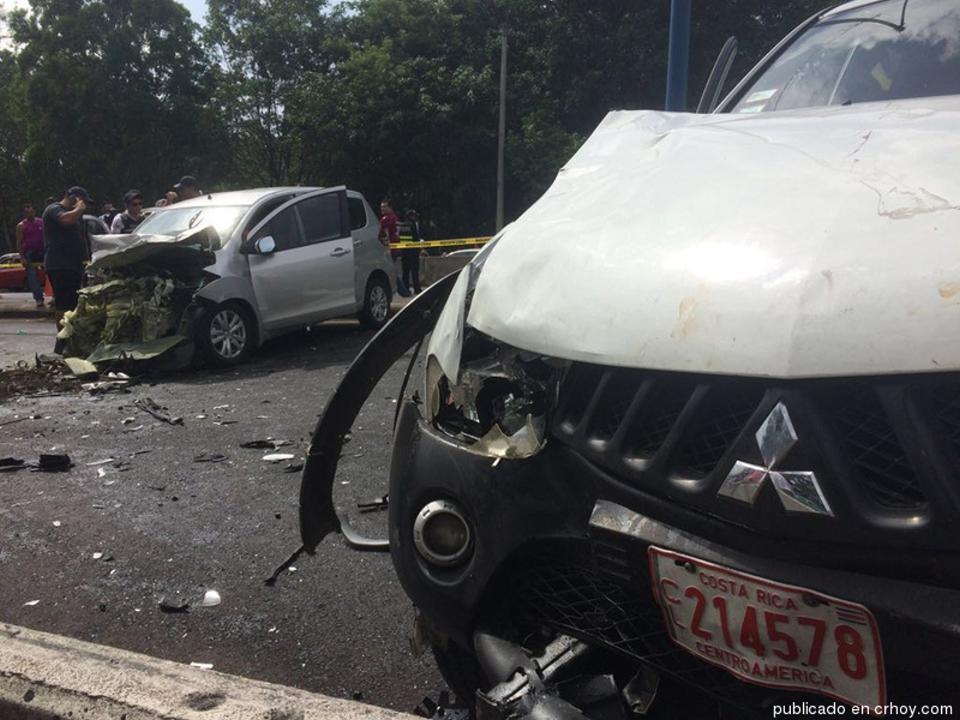 - Advertisement -
Paying the bills
Previous articleMore than 650,000 Motorcycles Circulate The Roads of Costa Rica
Next articleCuban Migrants Turned Back

QCOSTARICA - It's been almost 43 years since the Circunvalación (Ruta...
Read more

A little over a year ago, my wife and...
Health

RICO's COVID DIGEST - Given the exponential increase in...