62 Police Officers Fired Since May

COSTA RICA NEWS – President Luis Guillermo Solis promised a a government of law and order and one can’t have that with crooked or irresponsible police. So the Administration has s far fired 62 cops for unathoritized absence (25) and for corruption (18). 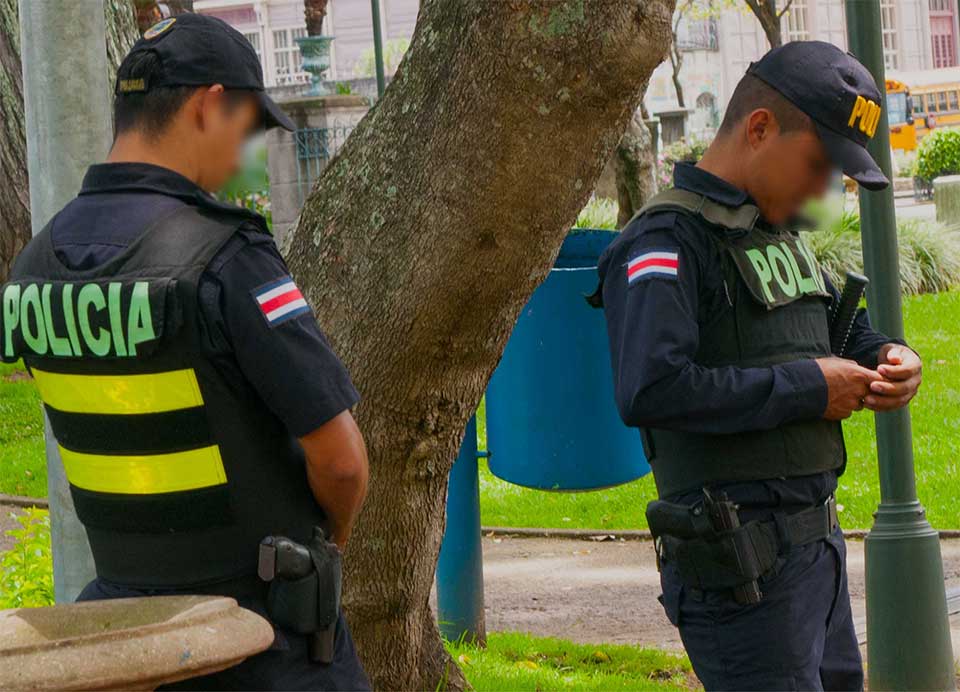 Moreover, 14 have been dismissed for “inappropriate conduct” such as sexual abuse or domestic violence. In short, since January, 98 officers have been disciplined. with 36 fired for all causes. A press officer told La Nacion that the corruption firings had to do with accepting bribes, illicit use of goods, taking confiscate items and narcotics offenses.

Although the legal departmnt at the Ministry of Security does not specify department, the chief of the Coast Guard, the Aerial Surveillance Service and the anti-drug unit denied any firings on their staffs. The acting director of the Coast Guard however told La Nacion that three accusation are on his desk.

Administrative Deputy Minister of Securithy Bernandita Marin notes that “no institution can be vaccinated completely against such problems.” She added that transparency is the goal and it doesn’t serve us to have this kind of person in the police.”

For police, it is a constant battle. They are not paid the highest wages in the country but temptation surounds them. Lawbreakers, especially narcotics traffickers, are all too eager to hand out bribes. Another source of money that seems to dangle in front of them is stealing valuable evidence.

Eternal vigilance seems to be the only answer since merely investigating backgrounds does not always reveal bad apples. The Disciplinary Department has 2,000 open cases and each one has to meet standards of due process before a cop can be fired.

Marin says that 22 lawyers are available for this and that corruption investigation get first treatment. But they still slip through. Marin citied the five Alajuela cops arrested Aug. 22 were arrested on suspicion of letting a man accused of robbery go his merry way.

Even worse was the case last April of another five cops in Bagaces and Liberia who demanded $150 to $250 from undocumented foreigners to turn a blind eye to their presence here.