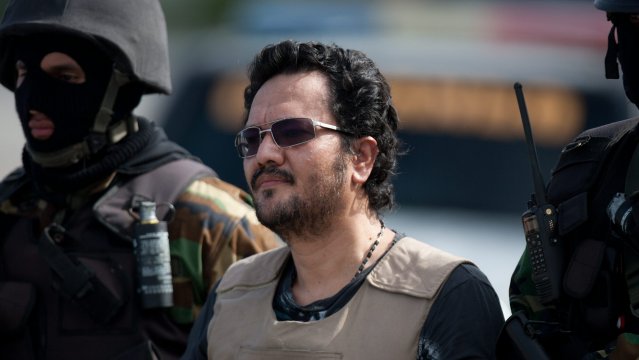 (Today Colombia) A US court has sentenced a top Colombian drug trafficker years after he negotiated his way back to criminal life in Colombia, in a case that highlights weaknesses in the justice system of both countries.

Maximilian Orozco Bonilla, alias “Valenciano,” formerly one of the leaders of the Oficina de Envigado criminal organization, was sentenced to 20 years behind bars on drug trafficking-related charges, Reuters reported.

The ruling by a New York court comes eight years after he first made contact with US authorities regarding his criminal charges, and five years after he was arrested and extradited.

According to El Colombiano, the length of his sentence was at least partly due to the fact that he deceived the US judicial system years prior. In 2008, Bonilla was indicted by US authorities and secretly negotiated a plea bargain in exchange for a reduced sentence.

“When he arrived with his lawyer, he offered us the entire Zetas organization in Mexico,” El Colombiano quoted prosecutor Bonnie Klapper as saying. Klapper was responsible for securing the deal with Bonilla.

“With that information, we decided that it was worth letting him go, because he could turn over the bosses of that cartel to us.”

Once Bonilla returned to Colombia, however, he continued his operations in the transnational cocaine trade.

After his mentor and top Oficina leader Diego Murillo, alias “Don Berna,” was unexpectedly extradited to the United States in 2008, a bloody battle for succession raged in Medellín. One faction was headed by Bonilla — who had secured control of the Oficina’s drug trafficking activities — and the other by Erickson Vargas Cárdenas, alias “Sebastián,” who had more influence over the city’s street gangs.

An international hunt for Bonilla forced him to flee to Venezuela, and Vargas eventually gained the upper hand. With a $5 million price tag on his head, Bonilla was arrested in Venezuela in November 2011.

According to US investigators, by 2008 Bonilla was considered to be one of the world’s main cocaine traffickers, moving drugs from Colombia’s Atlantic Coast for a range of illegal armed groups, from Colombia’s National Liberation Army (Ejército de Liberación Nacional – ELN) to Mexico’s Zetas.

Despite his crime profile, according to El Colombiano authorities in Colombia only have one case against Bonilla, for criminal association.

Bonilla’s case lays bare long-running flaws in the Colombian and US justice systems. The trafficker’s manipulation of US authorities illustrates the changing relationship between US justice and wanted men: once feared, submitting to the United States is increasingly being perceived as the more lenient option for criminals. In the past few years, Colombian lawbreakers have traded prosecution at home for near impunity in the United States. As well as striking deals for surprisingly light sentences, defendants and their families have also been allowed to remain in US territory once their jail time is up.

At the same time, the fact that Colombian authorities have apparently not built any criminal cases against Bonilla despite decades of underworld activity points to the judicial system’s continuing weaknesses and dependency on US institutions.

Bonilla’s exit from Colombia has also marked a key shift in the local crime scene.

After the fratricidal war and the arrest of its leaders, the fracturing of the Oficina was irrevocable. Today, the organization operates as a far more horizontal system than in years past. Numerous Oficina bosses have been captured, making drug capos like Don Berna a thing of the past.