Raúl Castro has stepped down as head of Cuba’s Communist Party, leaving Cubans without a Castro to lead them for the first time in over 60 years.

Q REPORTS (NY Times) When Raúl Castro retired as Cuba’s top leader Monday, he left a warning for a nation increasingly divided over the legacy of its Communist revolution: The choice at hand is continuity of the revolution’s ideals, or defeat.

Since 1959, when Raúl and his older brother, Fidel, led an insurgency against an American-backed dictator to victory, Cuba has been led by a Castro. Now, as Raúl — who is 89 and succeeded his older brother — steps down from the helm of the Communist Party, he leaves a country that is torn by the most brutal economic crisis in decades.

There is also a deep generational rift.

Many older Cubans remember the poverty and inequality they faced before the Castros, and remain loyal to the revolution despite decades of hardship. But younger generations, who grew up with the achievements of socialism, including access to education and health care, chafe at its limits. They are demanding less government control and more economic freedom.

LeoGrande, an expert on Cuba affairs and a professor at the American University. “And that’s one of the Cuban government’s principal challenges going forward, because their historic base of support is gradually retiring and dying off.”

Mr. Castro relinquished the nation’s most powerful position — first secretary of the Communist Party — on Monday, the last day of the party’s four-day congress, held this year under the banner of “Unity and Continuity.”

The man chosen as the next head of the Communist Party is Cuba’s current president, Miguel Díaz-Canel Bermúdez, who turns 61 later this month. A party stalwart, Mr. Díaz-Canel is part of a younger generation that wants a gradual opening of the country, though no change to Cuba’s system of one-party rule.

The party conference, which happens every five years, was staged to underscore the endurance of revolutionary ideals in Cuba. But the transition comes at what may be a tipping point for the island.

Over the past few years, as the Trump administration imposed stringent sanctions on Cuba and the tourism industry was decimated by the pandemic, Cubans have seen their country’s economy plummet once again, with many waiting for hours in bread lines. The country’s lauded health care system is frayed. And the number of Cubans trying to leave the island is going up, though it is still far from the exoduses of the 1980s and 1990s.

“The Communist Party lives off the achievements of a long time ago, from when they began,” said Claudia Genlui, an activist with the San Isidro political movement, a collective of artists who have protested against the Communist Party in recent months. Although the group is small, it has surprised the nation with its continued defiance.

Mr. Castro, to some extent, would agree.

Although Fidel held fast to his rallying cry of “socialism or death” until he died in 2016, the younger Mr. Castro grew to realize that reform was necessary to quell growing discontent and began opening up the country’s economy.

After Fidel formally resigned from the presidency in 2008, Raúl Castro prioritized recruiting younger Cubans into the Communist Party and putting younger members into top government positions. On Monday, the party held elections for its 17-member Politburo, selecting younger members to the body to replace the last of what Cubans call the “historics,” veterans of the armed revolution.

That has sat well with some Cubans.

“I think we’ve got to move on to a new generation, younger people with new ideas,” said Osvaldo Reyes, 55, a taxi driver in Havana, while voicing his support for Mr. Castro and the Communist Party. “A revolution should keep transforming, keep doing the best for people.”

When the Castro brothers started their popular uprising, they tapped into a deep well of discontent many Cubans had over their country’s corrupt ruling elite, which was not just out of touch but also unconcerned by the dire living conditions of most Cubans.

The brothers led a scrappy insurgency against the country’s dictator, Fulgencio Batista, and Cuba became a bulwark against decades of American intervention in Latin America.

But decades later, it would be the Castro brothers and their Communist Party that would be criticized by ordinary Cubans as out of touch. When Raúl Castro took over as head of the Communist Party in 2011, he was surrounded by a government stacked with octogenarian generals.

While many Cubans are fiercely proud of their nation’s sovereignty, they have tired of watching the same revolution-era generals control nearly every aspect of their lives, from how much they earn to the food they eat.

“Lots of people still don’t feel represented because he didn’t manage to breach the gap between the government and the people,” Adilen Sardiñas, 28, said of Raúl Castro.

While Ms. Sardiñas expressed frustration with the slow pace of reforms, like many interviewed, she also blamed America for a decades-long embargo that has crippled Cuba’s economy and further embittered Cubans against the United States.

“We need a change, but I don’t know if we’ll be able to because we’ve got our neighbor, the U.S., stepping on our heels and closing doors everywhere,” she said.

Even among older Cubans who still support the Communist Party, many agree it is inaccessible, ruling from a perch.

“It is impossible to continue a socialist policy without having any interaction with citizens,” said Rafael Hernandez, the editor of Temas Magazine, a quasi-independent Cuban publication linked to the state. “They need to democratize the political system and the base of the Communist Party.”

Reform has proceeded at a glacial pace, slowed by a bureaucracy worried about losing its privileges and by the revolution’s old guard, suspicious of any change that might nudge Cuba closer to capitalism.

“Raúl used to say our worst enemy is the old mentality, and that’s what I think is happening: that the old leaders don’t want to change,” said Mr. Alzugaray. “Raúl wants change, and the younger leaders want change but are worried that they will be criticized for not being truthful to the revolution of Fidel Castro.”

The problem, as the country’s prime minister, Manuel Marrero, said earlier this month when speaking about the urgency to make reforms, is that “people do not eat plans.”

Details about Cuba’s future were left unaddressed at this year’s congress. Instead, Mr. Castro’s opening speech on Friday started with a history lesson.

“As long as imperialism exists, the party, the state and the people will pay maximum attention to the defense services,” Mr. Castro said, referring to the United States. “History teaches, too eloquently, that those who forget this principle do not survive error.”

Hanging over the congress was the recent change of leadership in the United States and what prospects or challenges the new administration of President Biden may hold for Cuba.

As vice president during the Obama administration, Mr. Biden helped normalize Cuban-American relations, allowing remittances to flow and lifting travel restrictions. Those policies were reversed once President Donald J. Trump took office, and what economic gains Cuba made were swiftly wiped away. 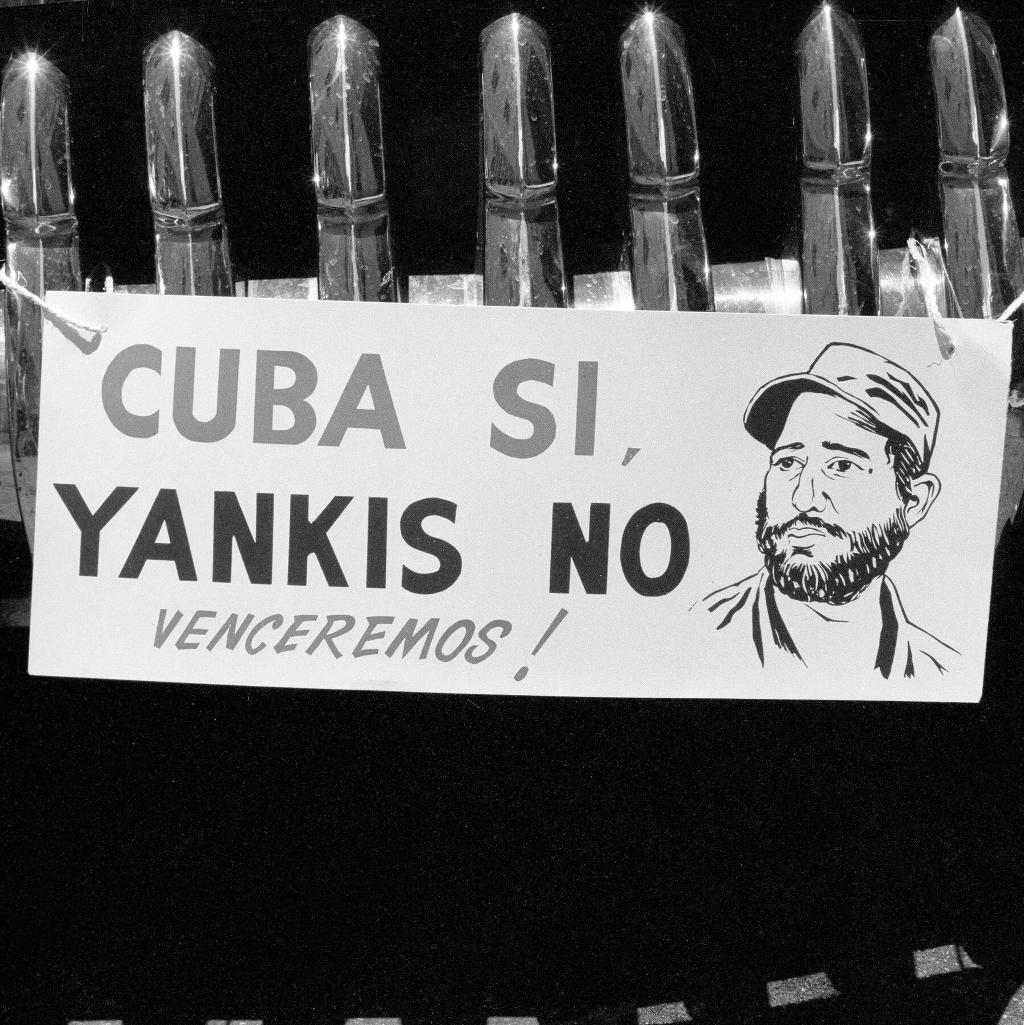 During his presidential campaign, Mr. Biden promised to thaw relations with Cuba once more. But the Biden administration cooled to the idea after Democrats fared worse than expected in Florida, with Cuban-Americans supporting Mr. Trump and his hawkish foreign policy.

Earlier this month, Juan Gonzalez, a senior National Security Council director, said Cuba was not a foreign policy priority for the Biden administration.

Mr. Castro is likely to retain some influence even in retirement, but he is leaving the day-to-day ruling of Cuba to President Díaz-Canel. When Mr. Castro stepped down in 2018 as president — the country’s second-most powerful position — he handed the job over to Mr. Díaz-Canel.

A technocrat, Mr. Díaz-Canel allowed Cubans to access the internet from their phones in 2018, and in their homes the following year — changes many feel helped fuel protests and demands for greater political freedom.

In January, he further opened up the country to private enterprise, expanding the types of businesses Cubans could enter.

But Cuban leaders are proceeding cautiously.

“The government is deathly afraid of change it is not in control of, because it would threaten their economic and political position,” said Ted Henken a professor at Baruch College in New York and author of “Cuba’s Digital Revolution.”

“It is afraid of any change that it is not choreographing and in control of, and that doesn’t come from the top down — which is ironic for what began as a popular revolution that was massively supported by the people.”

Read the original article from the New York Times here.

Q24N - The Cuban government on Tuesday rejected a request by...
Read more
- paying the bills -

Reasons for Your Wife to Visit Soccer Match Together

San Jose, Costa Rica - The fossil of a...
Health

QCOSTARICA - Starting December 1, anyone who wants to...