A Diva: Carla was a “bombshell.” 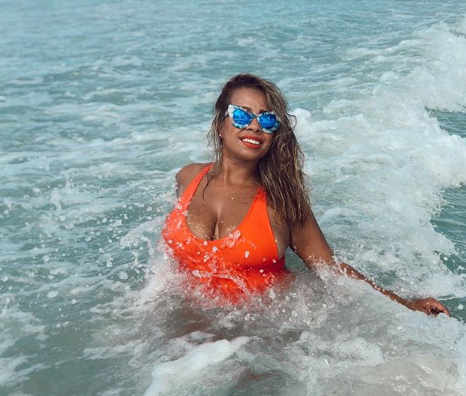 To her best friend and former housemate in Miami Beach and Hallandale Beach, Laura Jaime, Carla was a “bombshell.”

“Carla was so much of a diva, that her birthday wasn’t just her birth date, it was celebrated the entire month. And trust me, she made sure of that,” Jaime said, flipping through photos of previous parties.

In the article by the Herald Online we learn of how Carla Stefaniak planned here birthday celebration with “much intention and months in advance,” according to her friend Laura.

In one photo, the long-haired blonde woman sits atop a picnic table in an airy pink dress, legs long and crossed. She gazed at the clear skies and mountain terrain behind her.

“I can only imagine how many takes it took for Carla to get that shot. That’s who she was. It had to be perfect,” Laura said. “In the process of reaching that perfection, she would steal your phone and make you take photos of her because she had already taken up all of her own phone storage. She was a babe.”

After five days of touring Costa Rica, arriving on Novemeber 22, Carla stayed in an Escazu Airbnb for her last night in paradise. On Tuesday, November 27, after dropping off her travel companion and sister-in-law at the airport, Carla headed up the mountain in the San Jose suburb.

Despite telling Laura the area was “sketchy, Carla also said it was ‘super cute’ and modern inside,” Laura said, recounting a FaceTime call where her friend displayed her newest find: a pair of green, crocheted earrings.

Carla’s life was cut short at what would be her last stop in Costa Rica.

Carla was found dead, partially buried in a steep and wooded area near the Airbnb, just days after her 36th birthday, on Nov. 28. According to the Organismo de Investigacion Judicial (OIJ), Carla’s brutal killing may have been sexually motivated.

“I wouldn’t doubt it was sexually motivated. Just look at her, she was bombastic,” Laura told the Herald Online.

“She was a free spirit that made other people feel free,” said Mario Caceido, Carla’s brother.

“Carla was the type that would wake up with the phone in her hand,” said Laura. “The moment her eyes would open, the phone screen was the first thing she looked at, especially on her birthday.”

In denial, Laura headed to the airport. “I knew that day. I felt it in my gut”. Laura said she waited at the airport, hoping to see her friend of more than 15 years exit the plane. She approached a Southwest Airlines employee, begging to know if Carla made it on board.

Seeing her distraught face when told that information could not be disclosed, an airline employee broker the news in a whisper: “Carla Stefaniak wasn’t on the plane.”

Laura said she immediately called the U.S. Embassy in Costa Rica, thinking maybe her long-time friend had her passport and phone stolen. Maybe detained at the airport in Costa Rica.

“I was making excuses for my feelings,” Laura said. “But when the embassy told me she wasn’t with them, that’s when it all began.”

- Advertisement -
Paying the bills
Previous articleAyA Using New Material And Design To Reduce Theft of Manhole Covers
Next articlePopulism is not an ideology, it’s a political technique which thrives on angry people