A Good Day To Stay Put. Or Walk.

Q COSTA RICA  / If you think traffic congestion in the Greater Metropolitan Area (GAM) was bad, you weren’t out this morning, the first weekday of traffic with the ‘platina’ closures – the closing of the two Alajuela – San Jose bound lanes on the autopista General Cañas, the main road into San Jose from the west side.

Besides the gridlock on the autopista General Cañas and alternates, there were long lines to board the commuter train and buses between Alajuela and San Jose.

Although the closure and police operation to control the traffic nightmare began Saturday, it was not until this morning, Monday, that the true affect of the closure was felt by the population, as people tried to get to work on time.

The General Cañas, the main exit from Heredia (La Valencia, Jardines del Recuerdo, Santo Domingo) and the Ruta 27 were all congested from the early hours of this morning. Many, deciding to leave earlier to avoid it all were surprised as to how many had the same idea.

Some people preferred to walk (literally) to their destination. Motorcyclists used the sidewalks as an extension of the road. Others decided to stop, get out of the car and stretch their legs in between the stop and go and mainly stop and then go to stop again traffic.

Worse is the still hard to understand and imprint on the brain that between 6:00am and 9:00am private vehicles are restricted through the ‘platina’. That is, only public transport vehicles such as buses, taxis and “tourism’ vehicles will be allowed passage. This created a ‘parking’ lane of sorts, as the Transitos (traffic police) on the detail controlled traffic. In addition to the public vehicles, priority is also given to emergency vehicles such as police, ambulance, etc.

The same will be repeated between 4:00pm and 7:00pm as the two lanes of the San Jose – Alajuela bound become one lane in each direction.

For example, as I prepare this report, a check on Waze shows traffic on the Ruta 27 from La Guacima to past Escazu all in red; on the Lindora Radial, from Belen to Santa Ana all in red, some wazers reporting a standstill. The latter is typically congested during the day, worse today. The time stamp is 10:35am.

To relieve the road congestion, the Incofer (railway) has added more trains, using Apollo trains with a capacity of 180 passengers each car. In addition, the Alajuela station was opened this morning, commuters can travel from Alajuela, through Heredia (north) to San Jose. The alternative is the San Jose to Pavas and Belen (Heredia south).

The Minister of the Presidency, Sergio Alfaro, was among the uses of public transportation this morning. Interview like on Telenoticias, the minister wasn’t genuine in his answer to if his taking public transport was a one time thing or he will be doing so every day. The minister told Telenoticias that he normally is picked up (and dropped) off (by a government car and driver) every day, however, he was joining in the effort to keep as many cars off the roads as possible.

The cost of the train ride from Alajuela to San Jose (about one hour) is ¢420 colones.

Another measure to relieve congestion is the park-and-ride lot a the Pedegral parking lot in Belen, a couple of blocks from the San Antonio de Belen bus and train station. However, photos from La Nacion’s Albert Marin show few cars using the lot.

The ‘platina’ nightmare is expected to continue for the next six weeks or more, at least until the first week in March. 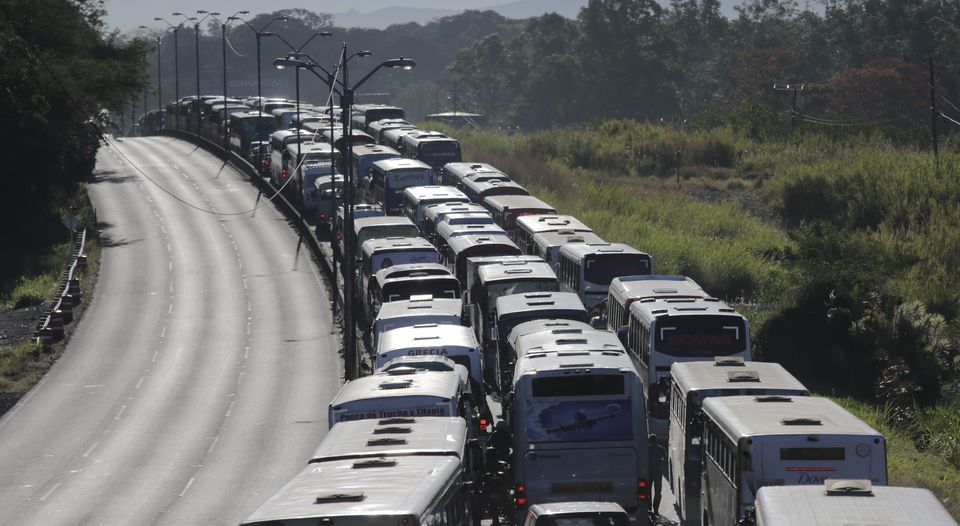 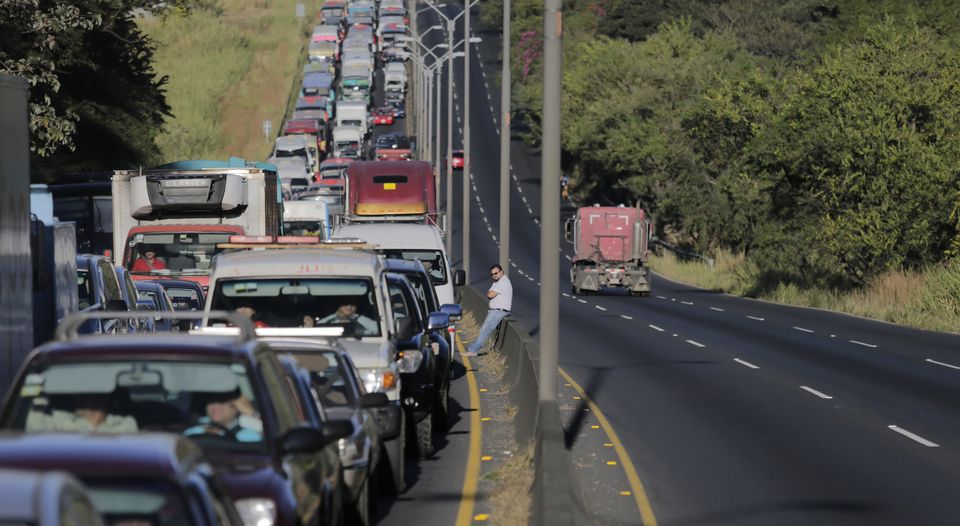 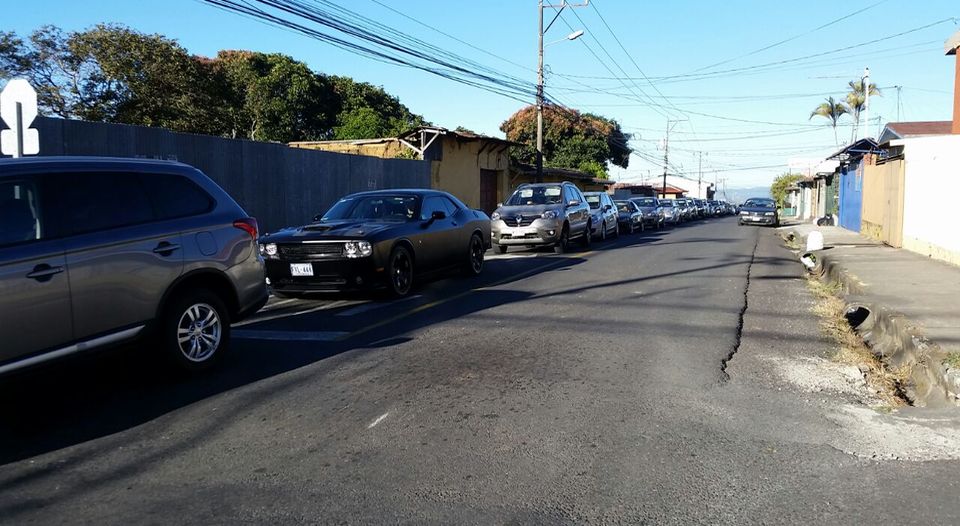 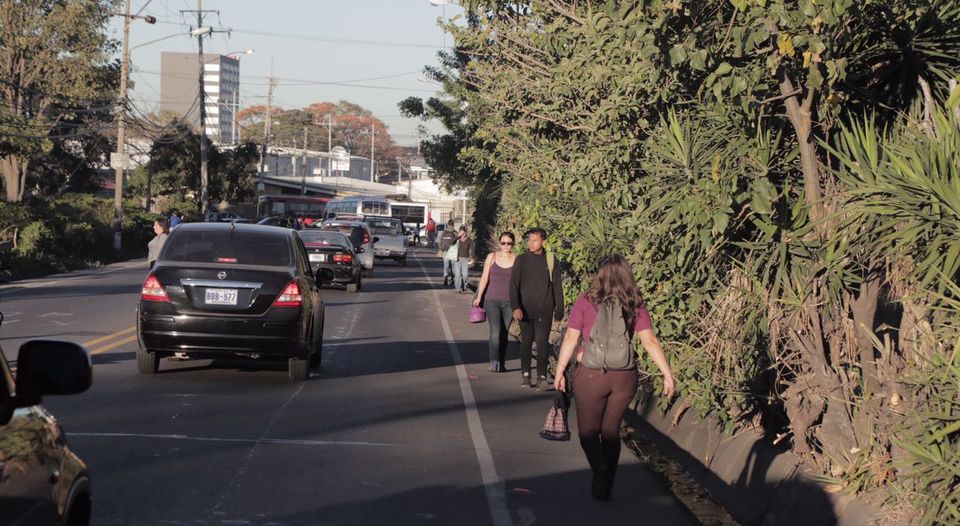 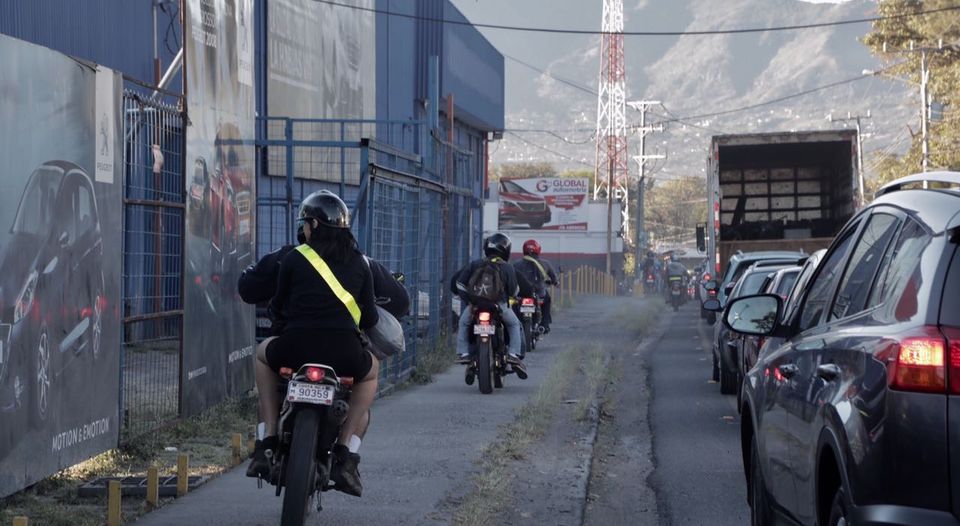 QCOSTARICA - One of the old Apolo trains derailed this Wednesday...
Read more

QCOSTARICA - If you have been putting, resisting to give in, to carry an umbrella, take note:  the rainy season of the Central Valley...
Health

QCOSTARICA - In order to maintain the rate of vaccination against covid-19 in the health areas that show the greatest progress in this process...
Trends

Gambling and casinos have been part of modern society for many years. The rapid development of the gambling industry was facilitated by the emergence...
San Jose

QCOSTARICA - Authorities activated the covid protocol to remove the body of a man who died in La Merced park, in front of the...
National

QCOSTARICA - A PhysEd teacher managed to get the Judiciary to agree to pay him just over ¢1.2 million colones (US$2,000) for taking him...
Latin America

These are the business closings and the vehicle restriction for May

QCOSTARICA - What are the new measures that apply next week and the rest of the month, to reduce the exponential growth in the...
Health

QCOSTARICA - After breaking all records last week, the number of new daily cases of Covid-19 in Costa Rica continues on the decline, according...
Vaccine

QCOSTARICA - A new batch with 124,020 doses of the covid-19 vaccine landed on national soil this Tuesday night, as part of the weekly...