A Look Back: Tortuguero, The Place of the Turtles 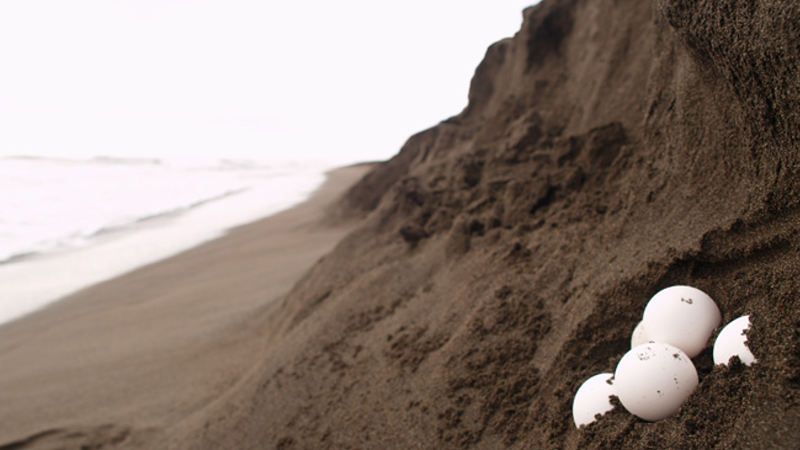 Fifteen years ago, in June of 1999, this article appeared in Escape From America Magazine:

Dr. Archie Carr was a man with a vision to save the green turtle from extinction.  One of his greatest achievements was helping to establish Tortuguero National Park in Costa Rica.

Tortuguero is the largest green turtle nesting site in the Caribbean. The Caribbean Conservation Corps (CCC), a turtle research center founded by Dr Carr in 1959, has been documenting the number of turtles nesting in Tortuguero for the last 40 years. Tortuguero National Park is located on the northern Atlantic coast of Costa Rica and covers an area of 7,670 acres. The park and its native inhabitants depend on tourism for their economic survival. They need tourism dollars to fight the never-ending battle to protect the park from cattle ranchers, loggers, banana plantations, squatters, and poachers.

[su_pullquote class=”H2″]There are several options for traveling to Tortuguero for San José, driving is not one of them. The fastest way of getting to Tortuguero is flying to an aristrip bordering the park. Both, Nature Air (from Pavas airport) and Sansa (Juan Santamaría domestic terimanl), have  flights to Tortuguero. Budget travelers can take combination of buses to Guapiles-Carriari-La Pavona and a shared boat ride through river canals.

Other option is taking shuttle bus service organized by all-inclusive lodges in Tortugero, followed by 1 hour boat ride.[/su_pullquote]The green turtle nesting season is from July to October. The CCC has recorded 1,700 green turtle nests in a single night.  Unfortunately, a large percentage of these eggs and the turtles themselves are illegally harvested mostly for resale to bars and restaurants in Limon and San Jose. In the bars the eggs are put into shotglasses and swilled raw; the belief being that it stimulates the libido.  The restaurants in Limon prepare the turtle meat in many traditional ways, turtle meat being a favorite food among the native population. Many native families that depend upon the sea for their food have traditionally harvested the turtles. Even though law prohibits the sale of turtle meat and eggs, the demand continues.

As you can see, the CCC and Tortuguero National Park are under a great deal of pressure to insure the conservation of the green turtle and the delicate ecosystems that make up the park. In addition to green turtles, leatherback, hawksbill, and loggerhead turtles also nest at Tortuguero. The park has trained local guides to give night tours of nesting turtles to small groups of eco-tourists.

The guides are very careful not to disturb the turtles.

My guide, Ernesto, was very informative. Before our walk he gave our group of seven a history of the green turtle at Tortuguero. According to local lore, the turtles find their way back to Tortuguero by using Tortuguero Mountain as a beacon. The mountain looks strangely out of place in the otherwise flat expanse of tropical humid forest. The mountain, which resembles a giant turtle, has a nice trail to the top and offers splendid views of the ocean, canals, and surrounding forest.

Local history also says that when Christopher Columbus arrived in Costa Rica in 1502 and anchored near Tortuguero, he recorded that there were so many turtles that you could “ walk to shore on their backs.”  I’m sure that would have proven difficult, but it gives an accurate description to compare before and after scenarios. According to my guide the first colonists of this area were turtle hunters who followed the turtles up from Panama.

As the demand for turtle products increased worldwide in the early 20th century, turtle processing ships began to appear along the shoreline. The ships would fill their holds with live turtles turned on their backs and would process the turtles while on route to Europe or the United States.  By the 1950’s, the green turtle faced extinction.  Since it takes green turtles many years to mature to reproductive age, the results of massive harvesting are clearly evident to this day.

After relating this history to our group, Ernesto took us to find a nesting green turtle.  He walked ahead of us so as not to disturb any turtle, and perhaps cause her to turn back and deposit her eggs at sea. We weren’t allowed to carry any flashlights or flashcameras that might distress the turtles. When he finally spotted one, he asked us to stay put and he would inform us of her progress.

We waited for about 45 minutes while Ernesto monitored her site selection and digging progress. When she began to deposit her eggs, Ernesto called us over to watch. My first impression was of her enormous size. This was a leviathan of turtles! By the light of Ernesto’s filtered flashlight, I saw one of the most ancient and otherworldly creatures on earth.

We watched as this massive turtle deposited at least 100 eggs.  Then Ernesto shone his light on her head. The corners of her eyes had streaks of sand that gave the appearance of tears. In my mind it was as though she was lamenting the ruthless destruction of her species.

The only access to Tortuguero is by boat or by plane.  In the 40’s and 50’s, many small canals were dug by logging interests to connect the inland lagoons and rivers.  Today the canal’s main use is the transportation of tourists to and from the port of Moin to Tortuguero.  However, you can still see freshly cut rainforest hardwoods hidden in the shadows of the vine-shrouded banks of the rivers, anticipating a twilight trip to a waiting logging truck.

The wildlife along the banks of the canals, rivers, lagoons, and inlets on the way to Tortuguero is very prolific.  Again, a local guide operates the boat and points out the animals with a practiced eye. On this 3 1/2 hour boatride through the tropical rainforest, one may be able to see a wide variety of birds, including

and other parrots to name a few.

and thousands of butterflies including the giant iridescent blue morpho.

In the area of Tortuguero National Park a number of jungle lodges offer pleasant accommodations and wonderful gardens for wildlife viewing from your balcony. A walk around the grounds may reveal many varieties of reptiles and amphibians such as tiny colorful poison dart frogs, large toads, land turtles, and a colorful variety of lizards.

The everblooming flowers attract a myriad of butterflies and hummingbirds.

If conservation and tourism can effectively compete with the local economies such as the sale of wood, land, exotic animals, and sea turtles and their eggs, these natural areas can be forever preserved.

The inhabitants of the village of Tortuguero have shown that this type of sustainable development can be beneficial to both the local economies and the local conservation efforts.

The ex-poachers, loggers, and hunters make excellent jungle/wildlife guides and through training and education, become staunch supporters of local conservation efforts.  Many locals work as park rangers, hotel staff, or own and operate restaurants and businesses in Tortuguero Village. The local economy of Tortuguero depends on turtles and tourism.

Many local guides now have to compete with large tourism organizations from the capital city of San Jose that employ their own guides.

These guides are well-trained.

However, they are not native to the area and their earnings do not benefit the people of the Atlantic coast.

By supporting the local guides, one is contributing to the local economy that in turn furthers the support of local conservation efforts.

Integrating culturally friendly tourism preserves the integrity of the native population and enhances the possibility for the survival of the unique biodiversity of Tortuguero National Park.

Been to Tortuguero recently? How has it changed from the description above? Let us know in the comments.

QCOSTARICA - Puntarenas is the only province in the country that has a contagion rate or "r" rate greater than 1. This is detailed in...
Trends

The small Central American country of Costa Rica is known to be one of the top locations to retire, but it is also known...
Quepos