Q MAGAZINE – Mocking Donald Trump, a Mexican brewery has chosen the US President pouting in a Mexican mariachi outfit as the face for the label of its newest craft beer. 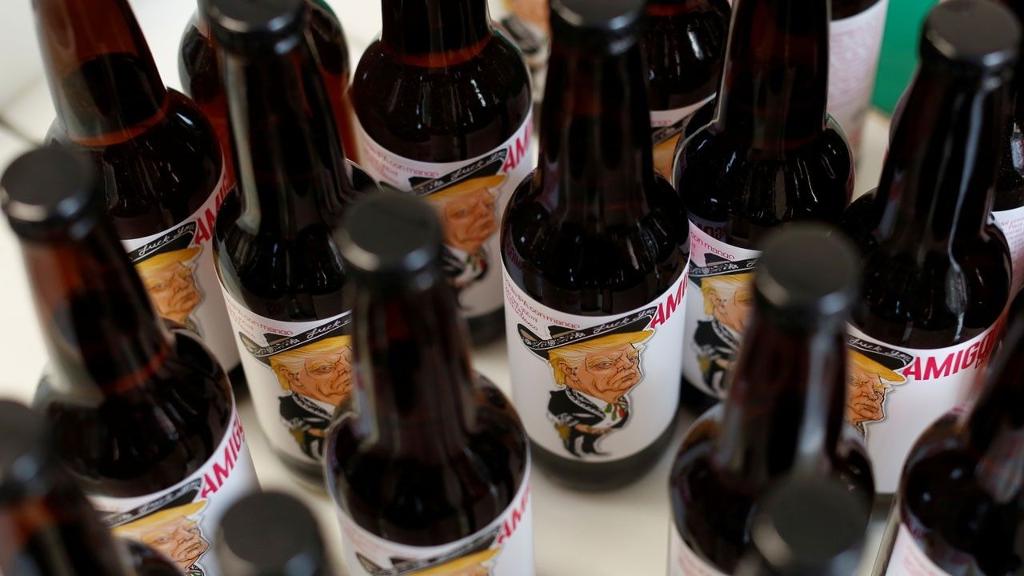 Casa Cervecera Cru Cru presented the “sad” Donald Trump wearing a hat and a belt with a large buckle like a typical mariachi performer, on the label of their Amigous Beer. The title comes from the word “amigos,” or “friend,” but it’s spelled as English-speakers tend to pronounce it.

There’s a lot going on in this label.  “We knew that a Trump label was going to be controversial, but it’s been selling very fast,” said brewery Executive Director Luis Enrique de la Reguera.

TRUMP BEER FOR SALE AT BREWERY IN UKRAINE

It’s also quite clear what the breweries think of President Trump, as the back of Amigous Cerveza’s bottle states he should be “in a mad house, not the White House.”

The idea has also proven extremely popular. Reguera tells Reuters, “it’s been selling extremely fast.” By that, he means the original batch of 1,200 bottles plus another 400 liters on tap went on sale in May, and disappeared within days. Since importing beer to the U.S. can unfortunately get nightmarish, Americans on Cru Cru’s Facebook page are begging the brewery to do the next best thing and just mail them empty bottles.

He said it’s intended to criticize Trump’s stance on trade with Mexico, as well as the border wall that Trump initially proposed during his presidential campaign in 2015. Trump said Mexico was sending drugs and rapists to the United States through the border. 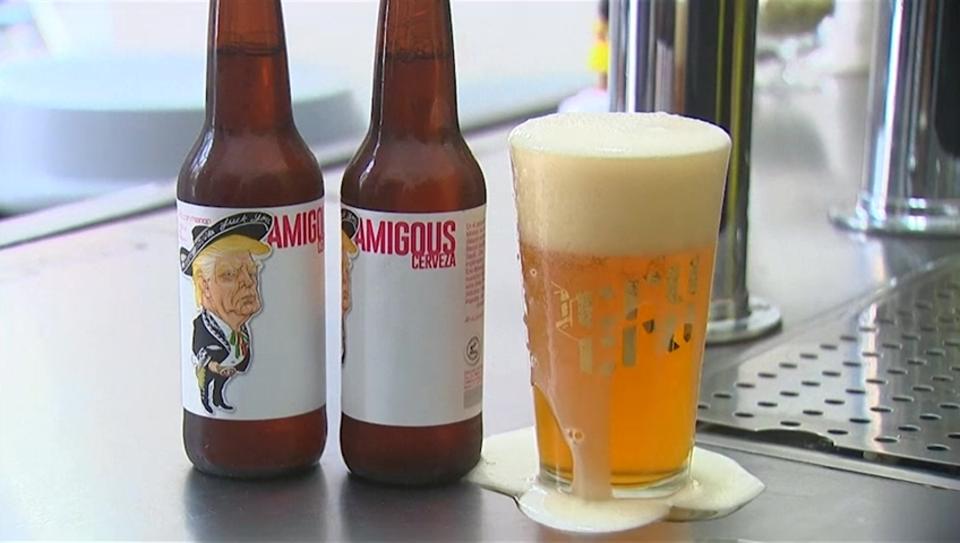 According to reports, the beer is a New England Indian Pale with a dash of mango, and was conceptualised by Cru Cru, Mexican partner Error de Diciembre and Epic Brewing of the United States shortly before Trump’s election victory on November 8, 2016.

“When Mexico sends its people, they are not sending us the best,” Trump said during the campaign. “They are sending people who have a lot of problems, and they are bringing those problems to us. They bring drugs, they bring delinquency, they are rapists.”