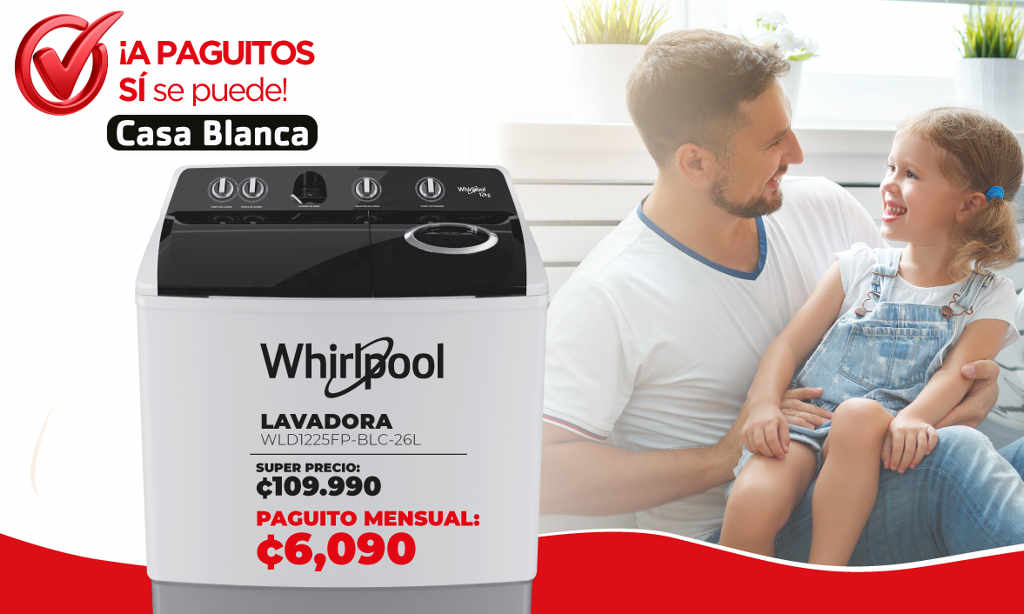 The title of the MoneyTalksNews article reads “Best Buy’s next act: Selling big-ticket items for twice the price”. It is the story of BestBuy customers in the U.S., at their nearest store can by US$1,000 for US$2,169.

Bob Sullivan, in his article, explains how for a small upfront fee and 12 monthly payments can take home their new television without a big cash outlay. The “lease to own” program, with its almost 200% interest rate sounded familiar.

Where have seen this? Oh wait, right here in Ticolandia at any one of the “importadoras” such as Monge (the leader of the pack), El Verdugo and Casa Blanca, for example, offering customers home appliances, entertainment systems, home care products and even motos (scooters).

But I have to say the Costa Rica model is much more refined, better thought and a lot more profitable for the “importadora” (retailer) that Best Buy’s fancy titled program.

At the Costa Rica retailers there is no need for minimum cash, in fact, they don’t want any money up front, more to finance. Installment payments can be weekly or bi-monthly, early payments can be made, payment terms can be renegotiated, lines of credit can be kept open for the long term.

Installment plans aren’t 12 months, they can run for 24, 36 months or even longer. A minimum weekly payment of a couple of dollars for years get your that microwave for mother on Mother’s Day. Or that new cell phone that you have been dying for, which most likely be out of date and replaced by several new versions before you actually make the final installment.

Getting the credit is as easy as having a being over the age of 19, a cedula (national or residency), have a job (orden patronal) and in some cases have two of your friends give you a personal reference. The latter is not always required.

Interest rates? We don’t talk about that. Though the final financed prices is indicated on the sticker, which can be two or three times the pay now price, the focus is on the instalment payment: the lower the more affordable for more customers that translates to more profits.

Perhaps U.S. customers are more educated in financial matters, the typical customer at the importadora in Costa Rica is probably not, but I believe is most likely motivated to get in for installment affordability, to “ir a la par con el vecino” or “keeping up with the Joneses”.

Given the term is an American thing (phenomenon), it’s a bit difficult to find an equivalent in Spanish.

Back to the MoneyTalkNews article, Best Buy says it has tested the program in Texas and plans to roll it out nationwide, beginning in 35 states, in March. The company expects a “whole new tranche of customers that would not be able to purchase products with us”, according to CFO Corie Barry.

If they can take an example of the Costa Rica experience, Best Buy will be cashing in. Literally. What may trample their profits are laws on lending rates which are not the same in Costa Rica.

A Paguitos. Sin Prima (Small Payments. No Down Payment) attract customers. Some importadoras attract customers with things like the last installment is free, or debt paid off in the event of death, disability or unemployment. The details are given only after filling out a credit application (with an instant) reply when customer emotions are highest, when I doubt many will stop to consider all the terms and conditions after being told they can take the article home, right now, and for the very low weekly, bi-weekly or monthly payment of…for…instalments.

The importadoras aren’t looking for customers with good credit scores and access to traditional lending options nor can’t be too strict on lending approvals that would result in lost sales if customer’s don’t qualify.

TODAY NICARAGUA – “The Nicaraguan delegation has been able...
Rico's Digest