Accidents Affect 30 People in Canton of Nicoya During Holiday Season 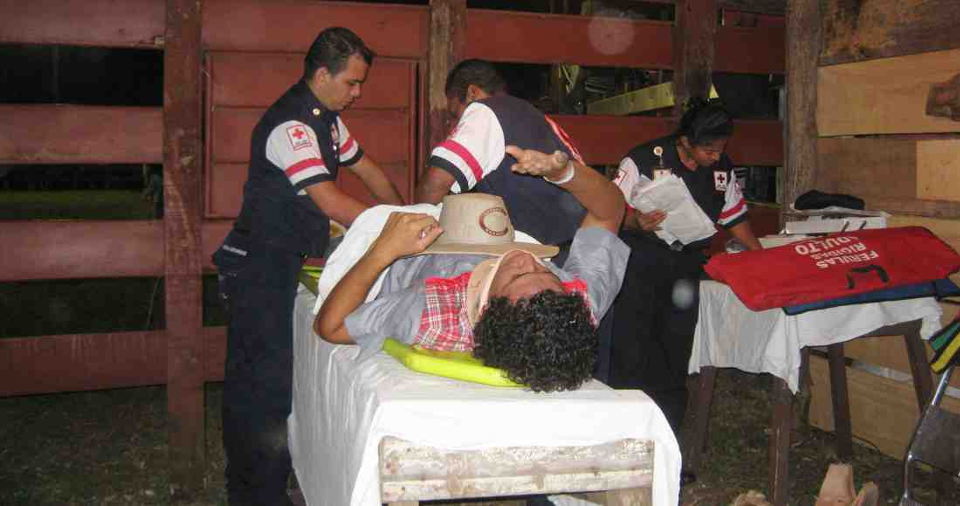 AROUND THE COUNTRY (By Henry Morales Navarro, Vozdeguanacaste) The Nicoya Red Cross and traffic police officers had to work hard during the year-end and New Year festivities.

The Red Cross press spokesman, Adolfo Saenz, reported that between December 27, 2014 and January 4, 2015, the Red Cross assisted 30 people in different parts of the canton. Of these, the majority of cases occurred in bull riding events in the community fiestas in San Lazaro, Florida, Pueblo Viejo, Moracia and Samara.

According to Saenz, six people needed to be taken to La Anexion Hospital in Nicoya in yellow condition during different days of the fiestas.

“The most work we had during these days has been in the bull riding events, when we had to take care of people with several blows, traumas, and different types of injuries. Some needed to be taken to the hospital,” Saenz said.

For their part, the traffic police reported responding to seven traffic accidents in different parts of Nicoya, resulting in five people injured and two people dead.

Those who died are Keilor Gomez Matarrita, who lost his life on December 29 after his motorcycle collided with a truck in the Nosara area, and Wadner Ramirez Valencia, who died the night of January 1 in front of the high school in El Torito in the Samara area.

Ramirez was hit by a Toyota, which was driven by a man by the last names of Canon Obregon.

“On the first day of January, we responded to a hit-and-run in front of the Samara high school. The driver of a Toyota with the last names Canon Obregon ran into Wadner Ramirez Valencia, killing him on the spot. The driver fled the scene. However, a little while later, OIJ (Judicial Investigation Organization) officers succeeded in capturing him,” said Michael Ramirez, of the Nicoya Traffic Police.

- Advertisement -
Paying the bills
Previous articleVenezuelan Crude Oil Down to US$47.05 Barrel
Next articleMinistry of Health Finds More Than 2000 Dengue Breeding Sites in Samara and Nicoya

TODAY NICARAGUA – In the past week, a total...
Infrastructure