Adotped At One, Reunited With His Tica Family 26 Years Later 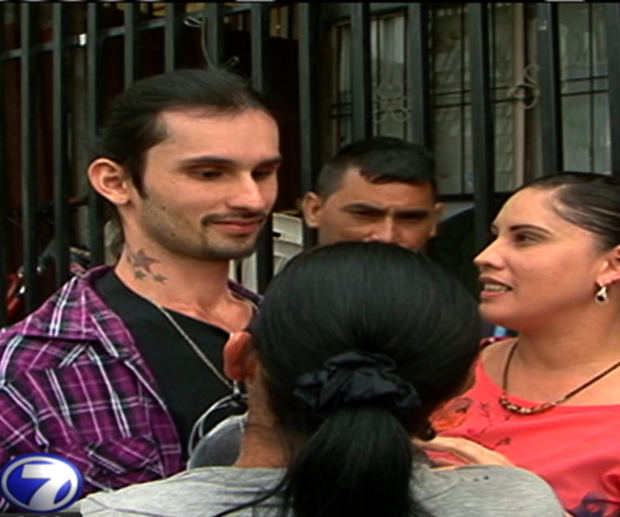 Born in Costa Rica, Andrés was adopted by a Montreal family at the age of 1.

Last week, 26 years later, Andres met his birth mother, Josefa Badilla, and his brothers and sisters in Costa Rica.  For the Los Guido de Desamparados family, although Andres was in Canada for the last 26 years, they say that for them it’s like he never left.

Josefa said that as baby Andres, her seventh child, ssuffered from various illnesses, and due to the extreme poverty could not care for him, forced to give him up for adoption to the Patronato Nacional de la Infancia (PANI) – Costa Rica’s child welfare agency.

This week he is with his birth father, Abelino Zamora, in the rural Guanacaste town of San Pablo de Nandayure.

Not speaking a work of Spanish, Andrés, travelling with his adoptive mother (who does speak Spanish) has been able to communicate with his family by way of hand gestures.

For the third week of his visit, Andres says he wants to visit the many of the great parts of his birth country, above all discover his roots.

The journey for Andres started four months ago, when he and his adoptive family got into touch with his Tica family.

Brushing away the tears of joy, doña Josefa said she never imagined that message on Facebook would bring her back her son.

- Advertisement -
Paying the bills
Previous article“Chapo” In Chepe?
Next article3,000 Jobs Up For Grab At Alajuela Job Fair

Investing and getting a good income is one of...
Politics