African Countries Fight Snakebites With Serum Made in Costa Rica

The objective of the institute is to save lives and not profit.

Burkina Faso, Mali, Ghana and Kenya will soon be joining Nigeria in fighting snakebites with anti-venom made in Costa Rica. 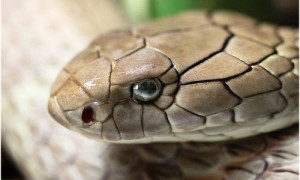 The serum is manufactured by the Instituto Clodomiro Picado (ICP), which has been supplying Nigeria for the last three years and adding three more African countries by the end of this year.

According to ICP director, Alberto Alape, the institution has been supplying Latin America since the 90s and in recent years received requests from the African continent.

Alape explained that it is not possible to create a universal anti-venom, so each drug is tailored to the specific region and snakes that inhabit it.

Since 2010, the World Health Organization (WHO) issued a call to anti-venom producers countries to try to solve the problem experienced by many poor nations that do not have access to them.

Serum produced in Costa Rica is available at affordable prices, explained the ICP director, adding that the objective of the institute is to save lives and not profit.

In Latin America, only Mexico, Argentina, Brazil and Costa Rica are the countries self-sufficient in the production of anti-venom.