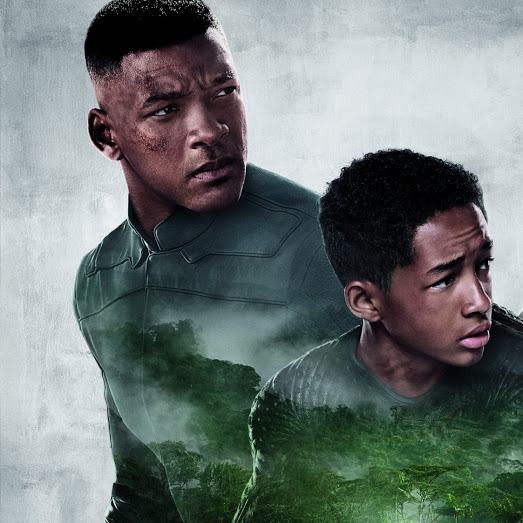 On July 25, 2011, Will Smith visited Costa Rica accompanied by an entourage to scout for locations to shoot the film. Filming took place in February the following year, with much of the movie’s filming taking place in Costa Rica‘s La Fortuna and Arenal Volcano

After Earth about a military father and son crash landed on Earth one thousand years after cataclysmic events forced humanity to abandon it for a new home planet.

The teenage son must save his dying father by trekking alone across the hostile terrain, encountering highly evolved creatures and a ruthless alien beast along the way, to recover their rescue beacon and also prove that he can live up to his father’s reputation as a legendary soldier.

In cinemas today (dubbed and subtitled) at:

Critical response
After Earth has received negative reviews from most film critics. It is currently certified “rotten” with a rating of 12% on Rotten Tomatoes based on 130 reviews with the consensus: “After Earth is dull, ploddingly paced exercise in sentimental sci-fi — and the latest setback for director M. Night Shyamalan’s once-promising career.” It holds a score of 32 on Metacritic based on 35 reviews, which indicates “generally unfavorable reviews”. However, the film still earned a B grade CinemaScore surveyed from the general audience on opening day. Under CinemaScore, a C grade is the equivalent of a failing grade, and a B grade signals general satisfaction.

Joe Morgenstern, film critic for The Wall Street Journal, opened his review by asking: “Is After Earth the worst movie ever made?” His answer was “Maybe not; there’s always Battlefield Earth to remind us how low the bar can go.”

According to Time magazine, there six theories why the After Earth Bombed:

I’d love to hear what you think of the film. Use the comments section below to give your take on the movie.