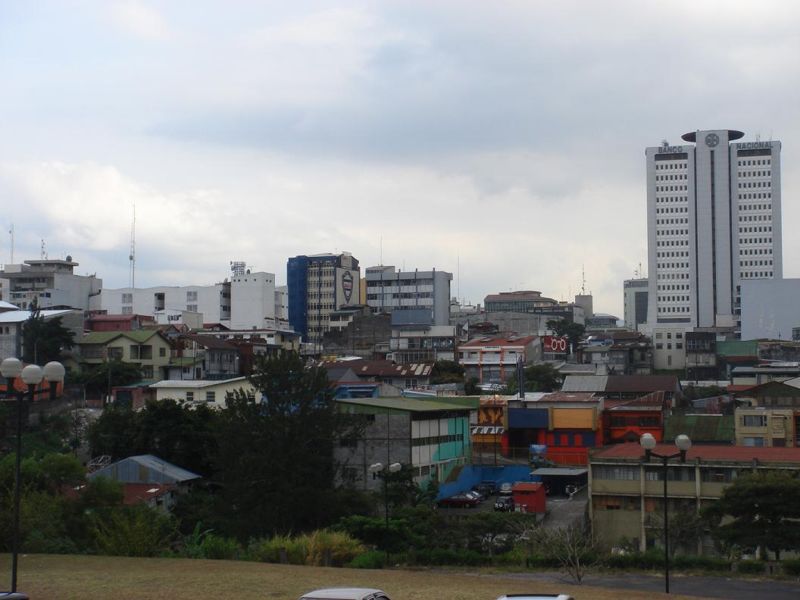 You can’t see ’em, your can’t smell ’em (most of the time) but those tiny particles emitted by burning diesel and fuel oil (bunker) are all around us here in the metropolitan area of the Central Valley.

We’re talking about airborne particles less than 2.5 micrometers in diameter. But at four of five points in the valley monitored during 2011, the air exceeds acceptable international concentration of the little devils.

Those permissible levels are 10 to 15 micrograms per cubic meter of air, according to Jorge Herrera, director of the Environmental Analysis Laboratory of the National University (UNA).

The UNA researchers carried out the study in cooperation with the Environmental Ministry, the Health Ministry, the Public Works Ministry and the San Jose Municipality.

Their findings are scary: two points measured are twice the acceptable level. They are La Asuncion de Belen at 31 micrograms per cubic meter and 30 at downtown Heredia.

Downtown San Jose near the municipal building and La Uruca district weren’t much better. The only acceptable levels were found in Moravia.

Nor is this one of those stories concocted just to keep journalists busy so they won’t be vagrants. High levels of those particles have been linked with heart attacks, lung cancer and chronic bronchitis.

And the bad news doesn’t end there — researchers found high levels of 10 micrometers generated by dust returning to the air, kicked up by traffic. This type of pollution is often found in mines.

To reduce the contamination, Herrera says that more aggressive efforts should be made to reduce traffic congestion of idling vehicles caught in traffic jams and reduce mass transit emissions.

Environmental Minister Rene Castro feels efforts should be made to reduce dependence on bunker fuels for manufacturing. He suggests liquid natural gas.

While Castro would target the amount of sulfur contained in diesel, the Transport Ministry planning director, Ronald Flores has a better idea: railways for mass transit but using electric locomotives and buying hybrid buses from Japan, Korea or China.

On a personal note, this reporter’s family has been agitating to get him to stop smoking for years. I’ll make ya a deal: I’ll quit smoking when the buses do.