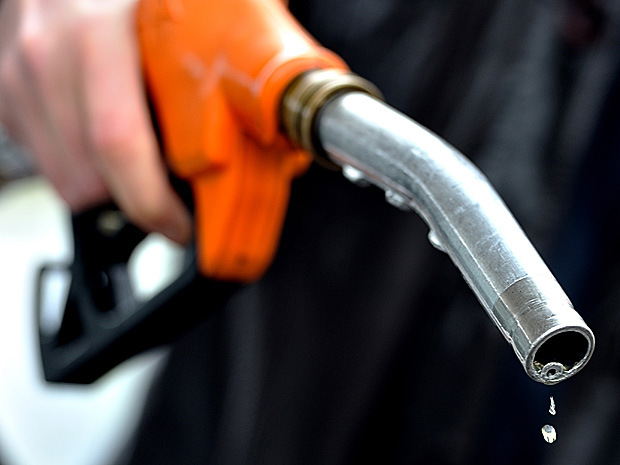 TICOBULL – With drop of oil prices on international markets below US$50 a barrel, this morning (Thursday) we saw a historic reduction in gasoline prices in Costa Rica.   And, if the trend downward continues, we could see even lower prices next month.

However, the price could even be lower if the government did its thing and changed the way it calculates the tax on fuel. Let me explain.

While in many other countries the tax on gasoline is a based on a percentage, in Costa Rica, the “impuesto unico” (flat tax) is a fixed amount. So, if the price drops, the government will get its full share, no matter what.

In fact, in February more than half of the price of gasoline at the pumps could be taxes.

But that isn’t the only slap in the face by the government.

Article 5 of the Ley 8114 stipulates that 29% of the tax is to be given to the Consejo Nacional de Vialidad (Conavi) – Consejo Nacional de Vialidad (Conavi); 3.5% for payment of environmental services; 0.1% to payment of agricultural environment benefits; and 1% to LANAMME (the university institute that has been very critical of the Transport ministry for its failure to provide safe roads).

So, if almost one third the tax collected is intended for roads, why is Costa Rica among the countries with the worst roads in the region?

Next month, when the fuel price is expected to drop another ¢49 to ¢55 colones, the tax portion against the fuel will be greater still, unless there is an update on the tax.

Don’t count on it. For the government, the tax on gasoline is a sure thing.

Francisco Villalobos, an expert in tax law, told Crhoy.com, that the tax on gasoline is the easiest to collect. However, if the tax would be a percentage and not a fixed amount, this would not be very good for the Finance department.

QCOSTARICA - From the gallows humor department is the...
News